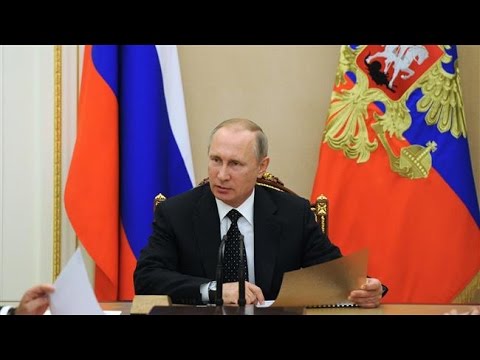 Stars and Stripes reports that US Secretary of State John Kerry and Russian Foreign Minister Sergei Lavrov may be very near a new US-Russian deal on Syria.

The key elements are reported to be:

3. Russia will also stop its bombing campaign on all groups except Daesh (ISIS, ISIL)

4. Once these steps have been taken, the US will join Russia in bombing positions of the Army of Syrian Conquest (Jabhat al-Nusra), whose leader is loyal to al-Qaeda

Although skeptics were scathing about this plan, it appears as I write that it may be announced imminently.

This is Lavrov’s own take at a news conference in Tokyo, from the Russian Foreign Ministry web site:

Question: How do you assess the current situation in Syria? How much longer can the Russian Aerospace Forces’ operation in Syria last?

Sergey Lavrov: The question is not how long the operation may last. We are fighting against terrorism, working to create a truly universal antiterrorism front, as President Putin proposed at last year’s session of the UN General Assembly.

For several weeks now, in conjunction with the United States, as two co-chairs of the ISSG, as two countries that are effectively engaging terrorist targets in Syria, we have been conducting intensive consultations to develop a single plan of action based on the coordination of antiterrorist efforts.

This was the focus of my meeting with US Secretary of State John Kerry on August 26 in Geneva, as well as of our numerous telephone conversations. This issue began to be addressed in a substantive way after Mr Kerry visited Moscow on July 15 and was received by President Putin.

Daily and weekly contacts between the Russian and US militaries and special services continue in order to develop such a plan. We expect this work to be finished in the near future. Practically all components of this task are already clear.

Mutual understanding has been reached on most issues. The most important thing, however, is that none of our agreements with the Americans on practical actions and the coordination of operations against terrorists and the coordination of Aerospace Forces operations with the USAF and the US-led coalition will be implemented unless our US partners fulfill the promise they made a long time ago to separate opposition groups working with the United States from terrorists, primarily Jabhat al-Nusra.

Many groups, which the Americans deem to be acceptable for negotiations, have effectively teamed up with Jabhat al-Nusra (or whatever it is called now). Jabhat al-Nusra is using them to avoid being attacked.

This situation cannot go on forever. To reiterate, the resolution of this major problem is crucial for the implementation of plans for an antiterrorist operation that have already been largely coordinated between us and the Americans.

From the beginning, Russian intervention in Syria has been more about defeating the Nusra Front than about destroying Daesh, though Moscow wants to end both. Daesh hasn’t been a mortal threat to Damascus and opportunistically for the most part avoids fighting the Syrian Arab Army. The Nusra Front led the other fundamentalist militias into a conquest of Idlib Province, from which it could threaten the key port of Latakia and the Alawite population there. Had Nusra and its allies taken Latakia they could have cut Damascus off from resupply and could have ethnically cleansed the 2 million Alawites there, who are the backbone of the regime. Game over. So Russia came in to destroy Nusra (which is linked through al-Qaeda to Chechen and Central Asian terrorist groups that anyway threaten Moscow).

And Russia is making no deal that holds Nusra/ al-Qaeda harmless. It has to be destroyed, from Moscow’s point of view, or the other negotiations and arrangements would just prolong the struggle.

Turkey’s intervention on the side of the fundamentalist militias probably worries Russia and may help convince Moscow to try to freeze positions before, as a side effect, the Nusra Front can gather strength.

The US in Syria, or at least the CIA, seems to be soft on al-Qaeda, probably because of a realization that the other fundamentalist militias don’t amount to much without it.

For its part, apparently the Pentagon is grumpy about having to work with Russia at all and doesn’t trust it, feeling that Moscow used the last cease fire to hit US-backed rebels southwest of Aleppo in an attempt to cut off and starve out rebel-held East Aleppo. (If the Syrian regime could have taken back all of Aleppo, it would have been well on the way to simply winning outright).

Those policy figures who have as a priority the overthrow of al-Assad and are willing to wink at the prominent role of an al-Qaeda-lined group on the side of the fundamentalist rebels objected on two grounds. 1) the plan would not lead to regime change and 2) because for the US to cooperate with Russia and to target the Army of Syrian Conquest would alienate the remnants of the Free Syrian Army from the US.

Personally I think that if the relative success of last spring’s ceasefire could be replicated and civilians could get some relief, it would be well worth it. If the FSA doesn’t want to get bombed they should move away from al-Qaeda elements. And if they don’t like the US bombing al-Qaeda-linked groups, then they aren’t suitable allies to begin with.

The main thing is to convince the Russians that they and al-Assad can’t win outright and so ultimately some accommodation is going to have to be made with the Sunni Arab rural areas. On the other hand, the plan of the Gulf & the CIA to put the rural Sunni Arab fundamentalists in charge of the Christians, Alawites, Druze, Kurds and urban Sunni leftists is guaranteed to make the half of Syrians still not homeless into a new wave of refugees.

Press TV: “Russia, US could reach cooperation deal on Syria”