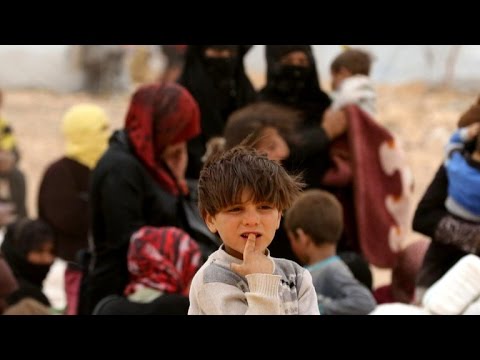 In his fiery speech demonizing immigrants to America on Wednesday night, Trump took a moment to deplore that the Obama administration has admitted 10,000 Syrian refugees in the past year (after admitting almost none after the crisis began in 2011). I talked here about why America has a moral responsibility to step up on admitting Syrian refugees. Turkey has taken 2.5 million, little Lebanon (population 4 million) has taken 1.2 million, and Germany and Sweden have been far more generous in recent years.

Here are 8 Americans with at least some Syrian ancestry who wouldn’t be here if Trumpism had kept their ancestors out:

2. Steve Jobs. His birth father, Abdulfattah Jandali, is from Homs in Syria. No Syrian immigrants, no Apple Computer (or maybe it would have gotten started in Homs instead).

5. Actress Shannon Elizabeth (Fadal) made a splash in films like American Pie. Her father is from Syria.

6. Director Moustapha Al Akkad (d. 2005) made the series of horror films, Halloween as well as Lion of the Desert. He hailed from Aleppo. He died at the hands of the predecessor of Daesh (ISIS, ISIL) in the Amman bombings of 2005.

7. Earnest A. Hamwi co-invented the ice cream cone. He produced his at the 1904 St. Louis World’s Fair. He was selling zalabis, a Syrian pastry that resembles a waffle. The next stall over, selling ice cream, ran out of plates, so Hamwi offered “his wafer-like waffles in the shape of a cone, or cornucopia.” The other person credited with this invention is Italo Marchiony, who later claimed it slightly earlier in New York, who got the patent. But that we are eating zalabis is too good a story to forego.

8. She’s not a celebrity, but Syrian-American Ola Hadaya was just graduated from Wayne State University Medical School at 21 years of age. Syrian physicians serve Americans in the thousands.