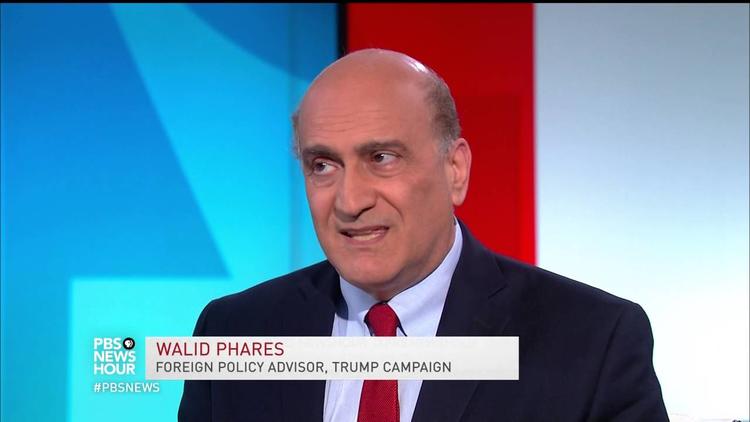 LONDON – Donald Trump’s recent claim that his opponent in the US presidential race, former Secretary of State Hillary Clinton, and President Barack Obama founded the Islamic State is vicious nonsense. But it is also an ironic charge for Trump to make: if anyone in the United States is helping ISIS, it is he.

In a recent speech on foreign policy, the Republican Party’s presidential nominee laid out a supposed plan for defeating ISIS that, in classic Trump fashion, overflowed with contradictions and inconsistencies, even as it failed to provide specifics and facts. While offering utterly unworkable recommendations – such as making immigrants from Muslim countries take an ideological screening test before entering the United States – he attempted to present himself as a realist, and the only person who can save US foreign policy.

Central to Trump’s “realistic” approach is the use of far more military force in Syria than the Obama administration has employed. Trump declares that this approach would “crush and destroy” ISIS. In fact, such a military intervention would amount to pouring gasoline on a raging fire.

Of course, Trump doesn’t understand that. Despite his self-satisfied declarations that he knows more about ISIS than America’s generals do, he is utterly oblivious to the complex dynamics of today’s institutional fragility, creeping sectarianism, and proxy wars in the Middle East, fueled by the rivalry among regional and global powers. And, as his claims about Clinton and Obama show, he has no idea how or from where ISIS emerged.

The truth is that ISIS is the result of a clash within Islam, not between Islam and the West. This is not to say that Western – and, in particular, American – foreign policy hasn’t played a key role. The 2003 US-led invasion of Iraq ruptured an already fragile Iraqi society, destroyed local institutions, including the army and the ruling Ba’ath party, and unleashed a violent sectarian power struggle. In effect, it created space for jihadist groups – first Al Qaeda in Iraq, and now ISIS, an extension of Al Qaeda with a more effective military apparatus led by former Iraqi army officers.

Something similar happened in Syria, after popular protests erupted in 2011 against President Bashar al-Assad’s Shia-affiliated minority Alawite regime. Inspired by the Arab Spring uprisings in countries like Tunisia and Egypt, Syrians took to the streets, undoubtedly hoping for more freedom and Sunni representation in government.

But Assad, enjoying Iran’s unwavering support, refused to back down, and tried to suppress the uprising with brute force. Syria descended into a civil war that demolished state institutions and deepened the sectarian divide. Sunni Islamist jihadists seized the opportunity to expand their ranks by targeting an angry, desperate, and relatively young population, largely from rural areas, for recruitment.

Exploiting this deepening Sunni-Shia divide, ISIS recruiters and leaders present themselves as defenders of all true Muslims against Islam’s supposed ideological and religious enemies, including the West. Trump seems to have fallen for that rhetoric.

By characterizing the fight against ISIS as a Cold War-style ideological struggle between “radical Islam” and the West, Trump not only reduces a complex crisis to a binary narrative; he recites from the same script that ISIS recruiters are using to attract support. Unsurprisingly, ordinary Muslims, who wholeheartedly reject ISIS’s nihilistic ideology, are condemning Trump’s simplistic rhetoric, which fuels Islamophobia. But, for Abu Bakr al-Baghdadi, ISIS’s self-appointed emir, and his associates, Trump’s campaign is music to their ears.

It gets worse. By comparing the fight against ISIS to the struggle against the Soviet Union, Trump elevates the terrorist organization to the status of a great power. This contributes to perceptions that ISIS is much more potent than it actually is, again playing into the hands of ISIS recruiters.

Trump has also expressed his interest in cooperating with Russia to take down ISIS, seemingly oblivious to the fact that Russia’s involvement in Syria is focused on propping up Assad’s regime. Such a partnership could lead Trump to make a deal with Iran, which is more than willing to fight Sunni radicals in Iraq and Syria. Iran is now permitting Russian long-range bombers to using one of its air bases to strike Syria, complicating Obama’s already-strenuous effort to reach an understanding with Russian President Vladimir Putin on ending the civil war. Trump has also voiced an interest in working with Assad to defeat ISIS.

Efforts by external actors to keep Assad in power infuriate many Syrians and other Sunni Muslims, creating even more fertile ground for ISIS recruiters. If the US began forging closer cooperation with the countries leading that charge (Russia, Iran, and now China, which has begun training Syrian forces), the situation would deteriorate further, because such a course would undermine America’s relations with its allies and partners in the Middle East.

Fawaz A. Gerges, Professor of International Relations at the London School of Economics and Political Science, is the author of ISIS: A History.