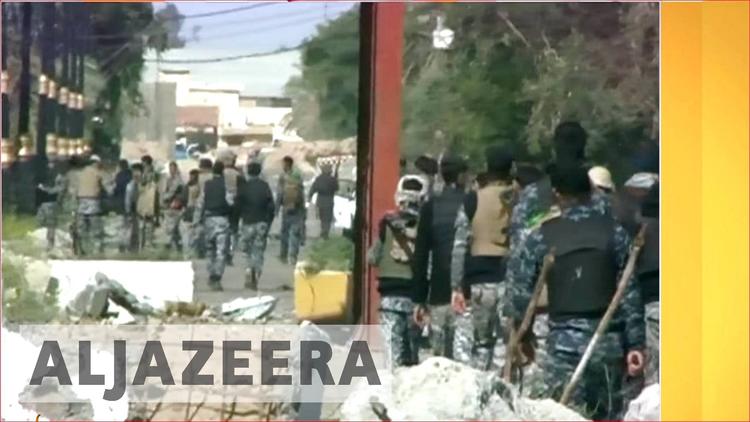 The United Nations said it was “deeply concerned” about reports the groups are using children on the frontlines of the fight against the Islamic State group.

Amid reports that U.S.-backed Iraqi militias are recruiting children to fight the Islamic State group, the United Nations said Wednesday it is “deeply concerned” and that such practices are unacceptable.

“Involving children in fighting is totally unacceptable,” Lise Grande, U.N. Humanitarian Coordinator for Iraq said in a press release. “We are deeply concerned by the reports that this is happening.”

The U.N. press release was published in response to a report by the U.S.-based Human Rights Watch, which said Iraqi Shia groups allied with the Iraqi government and supported militarily by the U.S. were transporting boys to areas near the frontlines, possibly to join armed groups that will fight against the Islamic State group.

“Nothing is more important than ensuring the safety of civilians during the conflict. The battle to retake Mosul is likely to start soon. Hundreds of thousands of civilians will almost certainly be at risk. Everybody has to do everything possible to ensure they live and receive the assistance they need,” Grande added.

The statement further said that all parties of the conflict are required “to refrain from recruiting minors or using them to take part in hostilities” while ensuring that “civilians are protected and allowed to leave conflict zones safely.”

The news comes a few days after the Iraqi Foreign Ministry called on Saudi Arabia to replace its ambassador to Baghdad, Thamer al-Sabhan, because his presence is an "obstacle to the development of relations between Iraq and Saudi Arabia."

Since his appointment back in December, Sabhan has angered the Shia-dominated Iraqi government over accusations that Shia militias were abusing Sunnis.

Earlier this month a Reuters investigation revealed that Shia militias in Iraq have tortured and killed more than 1,000 Sunni men and boys from Fallujah since the city was liberated from the Islamic State group in June.

Aljazeera English: “Inside Story – Can Shia militias be integrated into the Iraqi army?”