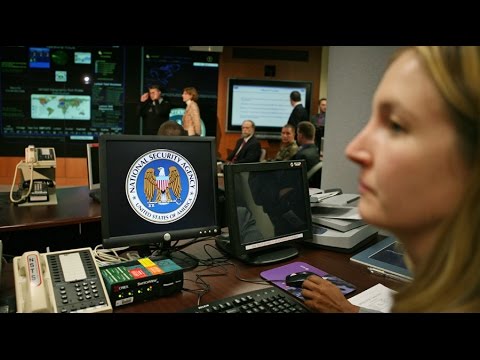 “I thought the Third World War had started,” the man’s neighbor described the raid and arrest in August.

A National Security Agency (NSA) contractor has been arrested and charged with stealing highly classified information, U.S. authorities said Wednesday, a data breach that could result in a damaging new leak about the U.S. government’s surveillance efforts.

The contractor was identified as Harold Thomas Martin who worked for Booz Allen Hamilton, the same firm that renowned whistleblower Edward Snowden worked for.

Snowden stole millions of documents showing massive data collection by the agency in the U.S. and released it to journalists in 2013.

An arrest warrant in Martin’s name was made public Wednesday but he was arrested at his home in Maryland in late August according to a U.S. official, who spoke to Reuters on condition of anonymity.

“I thought the Third World War had started,” Martin’s neighbor Murray Bennett told The Intercept in an interview Wednesday describing the sight of his neighbor of 10 years being hauled away by heavily armed FBI agents.

Bennett confirmed that the raid and arrest took place on Aug. 27. He recalled seeing “two dozen of these guys in camo uniforms, with rifles, come running across the yard knocking down his fence…they dragged him out, threw him on the ground, handcuffed him, and took him away.”

The information stolen by Martin seems to be different in nature than that revealed by Snowden. The New York Times, which first reported on the arrest before the complaint was disclosed, said Martin seems to have taken highly classified computer code developed by the agency to break into computer systems of adversaries like Russia, China, Iran and North Korea.

It is not clear what Martin did with the information he took but the same month he was arrested some of the NSA’s most sophisticated hacking tools were dumped onto public websites by a group calling itself Shadow Brokers, Reuters reported.

“These six documents were produced through sensitive government sources, methods and capabilities, which are critical to a wide variety of national security issues,” the complaint said. It said Martin had the ability to access U.S. government property that was not permitted to leave its authorized location.

Several U.S. government officials told The New York Times that Martin’s motives were not yet clear. “We’re struggling to figure him out,” an official told the newspaper, speaking on the condition of anonymity.

The neighbor said Martin was “a good guy” but he never spoke about his work, the U.S. government or his employer Booz Allen Hamilton. Martin faces up to 10 years in prison if convicted on the most serious charges.

Snowden’s revelation unleashed a massive backlash against the NSA and the U.S. government eavesdropping on its own citizens. It did lead to some moderate changes to how the agency operates.

Reacting to the news, Snowden, now in exile in Russia, tweeted: “Am I correct in reading they didn’t charge him under the Espionage Act? Under this administration, that’s a noteworthy absence.”

In 2013 the U.S. government brought several espionage charges against Snowden over exposing the extent of the NSA’s massive surveillance program.