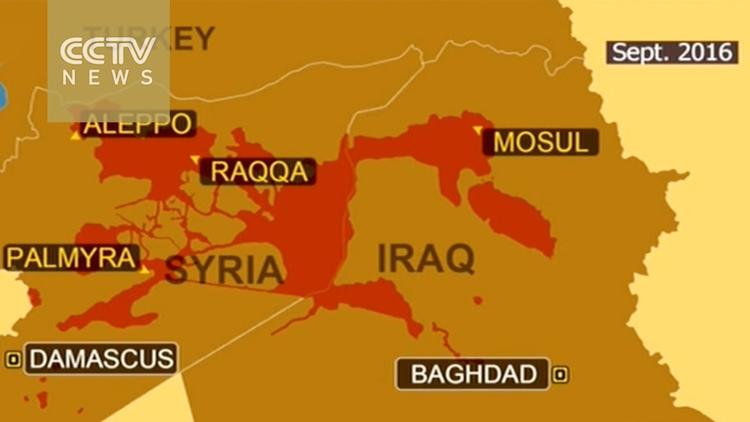 The town of Dabiq, in northern Syria, around 25 miles from Aleppo, with its population of just under 3,500, is an unimpressive site for a battle that is supposed to herald the Apocalypse.

Yet, according to the Hadith (a collection of reports about the sayings and doings of the Prophet Muhammad), that is exactly what will happen: According to Abu Hurayrah, a companion of Muhammad, the prophet said, "the Last Hour would not come until the Romans land at al-A’maq or in Dabiq. An army consisting of the best of the people of the earth at that time will come from Medina [to defeat them]."

Dabiq is central to the highly sophisticated propaganda operation of the extremist . . . [so-called] Islamic State [group] (IS). The group’s official magazine even carries its name. At Dabiq, IS claims, the ultimate battle between Christians and Muslims will be fought. That last claim is less than half-right. A coalition of U.S. Special Forces and air support (nominally Christian), supporting Turkish forces, and Syrian rebels (both Muslim) is now advancing on the town. "If matters proceed as planned, within 48 hours we will be in Dabiq," Ahmed Osman, commander of the Sultan Murad Free Syrian Army (FSA) group, told Reuters on October 4.

Unlike the nearby city of Aleppo, the town is not militarily significant for IS, being merely one among many that must be cleared on the way to Al-Bab and (ultimately) the city where IS is headquartered, Raqqa. But if IS were to lose Dabiq, it would still be a blow. As Kyle Orton, a Research Fellow at the Henry Jackson Society, points out, IS uses the Hadith on Dabiq to "call on Muslims to come and buttress the ranks of Islam in this fight. In combination with the formation of an actual statelet, this propaganda has worked: the apocalypticism and the caliphate have given IS an appeal its jihadi rivals don’t have and this is reflected in the number of foreign volunteers who have flocked to their banner as compared with, say, Al-Qaeda."

IS originally conquered Dabiq on August 13, 2014, and it has held it ever since. The Turkish intervention into the conflict, crossing the border and then on 24 August, along with its proxy rebel forces, throwing IS out of Jarabulus — a crucial point for passing militants — was the beginning of the advance on Dabiq. In recent days, Turkish bombers have struck several IS targets in the areas around the town.

Turkey’s entry into the war has complicated almost everything. Mistrust of the United States is rife across forces opposed to Syrian President Bashar al-Assad due to their belief that it has done little to prevent his massacre of the Syrian people since the conflict began in 2011. As Orton further points out, the situation — and mistrust — is deepened as Washington has chosen fighters associated with the Kurdistan Workers Party (PKK) as its primary proxy on the ground. Based across Syria and Iraq, Turkey views the PKK as a separatist force, working to establish a Kurdish enclave in northern Syria and parts of Turkey (which the PKK denies) and therefore a potential threat to its territorial integrity. The PKK’s supposed separatist agenda is, however, divisive across all parties. "If there is one uniting factor for Syrians — regime and rebel," says Orton, "it is Syrian unity."

Fighting around the town, led by U.S.-led air strikes, which has already claimed 15 rebels and 13 IS fighters, is intensifying and a showdown is imminent. IS, for its part, has protected the town with land mines and other explosives as well as calling on its strongest fighters in other areas to travel to Dabiq for its defense.

In truth, the town’s fall is inevitable. Mostafa Sejari, from the FSA-linked Al-Mutasim Brigade, told the British newspaper the Daily Express: "We expect that the battle of Dabiq will be the fiercest ever. Daesh" — a derogatory term for IS — "has brought hundreds of fighters into the area, including their special forces, to confront us…. [It] has built its myth in Dabiq, exploiting the ignorance and lack of knowledge among people and taking advantage of history and religion to achieve its evil project. By controlling Dabiq, we break the myth of Daesh and open a road to reach Marea."

The question is: At what cost? IS, while operating in some senses as a traditional army (with its own quasi-state), also operates as an insurgent force. If the odds are stacked against it, which in Dabiq they are, the group is likely to put up a show of force (given the town’s importance to its brand, it has no other choice), but it is unlikely to waste significant manpower in what is a fight it knows it cannot win. If the battle for Dabiq follows previous battles IS has fought in urban centers, it is likely to retreat in the face of a superior enemy but — as with the insurgents in Iraq — leave the city filled with improvised explosive devices (IEDs), booby-trapped buildings — along with the odd sniper and suicide bomber thrown in for good measure. It may lose; but it won’t go quietly.

Nonetheless, the war in Syria is not going well for IS. Further incursions into its territory are inevitable, but as Orton concludes: "They have already prepared the ground ideologically for this loss. The end of the state and the return to the deserts is part of the cycle…and conditions for a revival are favorable. The Coalition’s chosen method of dismantling the caliphate — particularly its collaboration with Iran’s proxy militias and the PKK as replacement forces — means IS has much to work with going forward. The stress on hardship in IS propaganda also means that they can just say this is one more test for the believers, and the grand contest will come next time."

Not for nothing has IS repeatedly been called the most sophisticated terror group ever. Almost as important as its mastery of insurgent tactics on the ground is its mastery of social media. IS might lose this battle, but it will continue to rally more fighters to its cause; more will be radicalized online; more will flock to the black flag. And the violence will continue unabated — possibly for many more years to come.

CCTV News: “ISIL has lost quarter of territory in Syria and Iraq”