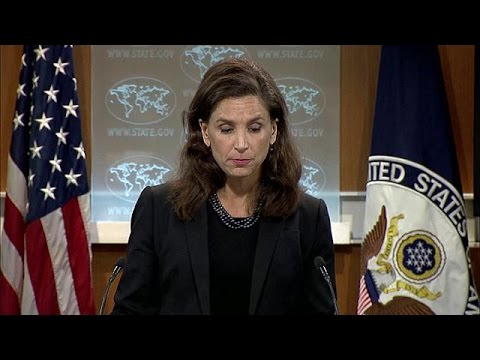 The Arab press reacted to the announcement on Monday by the US government that it was ending its military cooperation with the Russian Federation in Syria. Masr al-Arabiya noted that the US underlined that that the step did not imply that all sorts of joint activity would be ended. For instance, multilateral talks will continue under UN auspices. Spokesperson Elizabeth Trudeau said that the American goal remained to restart the ceasefire and to ensure the delivery of humanitarian aid to besieged populations.

On 9 September the US and Russia had reached an ceasefire agreement to be implemented for 48 hours and capable of being renewed twice. If it extended to 7 days, the US would have implemented full coordination with Russia in fighting Daesh (ISIL, ISIS) and the al-Qaeda-linked Levant Conquest Front. But the Syrian regime announced the end of the truce on 19 Sepetmeber and since that time it has launched round after round of heavy aerial bombing of rebel-held East Aleppo. Hundreds of civilians have been killed, including women and children.

The siege and bombardment of rebel-held East Aleppo threatens the lives of its some 250,000 residents.

For their part, the Russians accused the Americans of never following through on their pledge to separate the moderate Free Syrian Army units from Salafi Jihadi groups like the Levant Conquest Front.

But I fear that this Russian statement is propaganda. Nothing the US did required the Syrian regime and its Russian backers abruptly to bomb the bejesus out of East Aleppo, hitting two hospitals and killing hundreds, including women and children.

Rather, it appears that rebel advances north of Hama and of Salafi Jihadis and their allies into part of East Aleppo may have decided the regime and the Russians that Obama’s ceasefire was helping the enemy. But note that East Aleppo is not held by an al-Qaeda-linked group but by remnants of the old Free Syrian Army (admittedly fundamentalists). Moreover, the Levant Conquest Front was never part of the agreement, so how could its actions invalidate the agreement? Russia and the Damascus regime have increasingly made it clear that nothing less than conquest of East Aleppo is acceptable to them, and such an expansionist attitude is incompatible with a ceasefire.

Euronews: “US suspends Syria talks with Russia over Aleppo offensive”