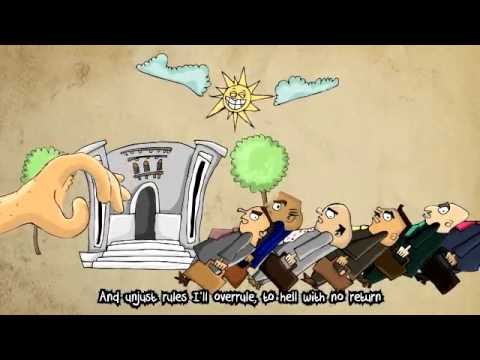 It should now be beyond dispute that gender-based violence is a critical human rights issue – possibly the most important human rights challenge of our time.

There is a great deal of research and action on this issue, and also a great deal of terminology that might be unclear. Terms such as “violence against women”, “gender-based violence”, “violence against women and girls”, “sexual and gender-based violence” and “conflict-related sexual violence” may sound similar, but the distinctions between them are important.

Words have power – and policy implications. For instance, referring to “violence against women” risks excluding adolescent girls, elderly women, or the female foetus (given that violence can also be inflicted upon females pre-birth via foeticide). Referring to gender-based violence implies that we are also working with male survivors, and addressing the full spectrum of sexual orientations and gender identities in our work.

I will refer to gender-based violence in this article. By way of definition, this is a harmful act committed against a person’s will based on understandings of their gender. The vast majority of survivors are female. One in every three women worldwide has experienced some form of gender-based violence. The problem exists everywhere, cutting across all barriers and prevalent in many forms – sexual, physical, emotional and economic. Intimate partner violence is the most common form worldwide.

Most challenging is how people define what constitutes violence. In most countries around the world, sexual harassment, marital rape, and being coerced into sex are not viewed as violence.

Violence in the Arab world

Around the Arab world there are many competing and long-running conflicts, from Syria to Yemen, none of which show signs of abating.

Most Arab countries lack adequate gender policies and provisions in their constitutional and legal frameworks. Women are not protected against marital rape, sexual harassment, and other forms of gender-based violence.

As insecurity increases and opportunities to make a living decrease, women are increasingly resorting to riskier sources of income such as trafficking and prostitution. In the informal sector, women are exposed to myriad abuses and have zero protection.

In a country like Lebanon, where I live, the landscape is extremely challenging. Many Lebanese women and men feel that women already benefit from their full rights. But this is far from reality.

The health-care system is highly fragmented and deregulated, and women and girls in rural areas are badly affected by limited and poor services. The long-running Syria conflict has placed considerable stress on already fragile health services, including an increase in survivors of gender-based violence.

Child marriage is very high among refugees. While no law exists against this in Lebanon, the National Commission for Lebanese Women drafted a law for parliament to regulate religious marriage among minors by demanding the consent of a civil judge as well as a religious leader. There is no legislation in place for sexual exploitation and harassment in the workplace.

Lebanon is source and destination for human trafficking and forced labour, with female migrant domestic workers at significant risk.

Gender-based violence prevention and response is one of the primary objectives of the National Strategy for Women in Lebanon. But unfortunately, the Lebanese legal system does not monitor violations of gender equality.

The situation for women isn’t helped by comments like those of Lebanese MP Elie Marouni, who recently asked whether women could play “an active role in pushing men to rape them”. He was speaking at a women’s rights conference at the time, and he made his comments during a discussion about Article 522 of the Lebanese Penal Code, which authorises marriage between a rape survivor and the perpetrator – thereby allowing prosecution against the rapist to be stopped.

Needless to say, feminist activists responded to the Marouni’s comments in force. In Lebanon, as in many countries around the world, the concept of “consent” is one that remains vague. Rape culture is rampant – and normalised. As the Director of the Institute for Women’s Studies in the Arab World, I was asked to make a statement. I said:

There is absolutely no situation where one can ever “wonder” what a survivor of rape did to justify or encourage rape. Rape is an egregious violation of human rights and bodily integrity ― never excusable under any circumstances. Any statement that directly or indirectly justifies sexual violence should be condemned. It is extremely dangerous to have officials who espouse these views.

Despite the many challenges, there has been some progress, for instance Lebanon’s Law on Protection of Women and Family Members from Domestic Violence in 2014 – although this fails to recognise marital rape as an offence.

What do we do about gender-based violence?

So given the situation across the Arab world, what can we do about gender-based violence? We have an array of global guidance, goals, declarations and conventions, from the UN Convention on the Elimination of all Forms of Discrimination Against Women in 1979, to 2015’s Sustainable Development Goals.

Work in this area is also guided by a range of United Nations Security Council Resolutions on women, peace, and security. There are many worldwide awareness campaigns, including 16 Days of Activism to Eliminate Violence Against Women, and One Billion Rising.

Over recent decades, this field has evolved such that there is now general agreement on what must be done.

First, gender-based violence must be prevented to whatever extent possible. Where it exists, there is clarity on what constitutes an appropriate response. People who work to help survivors should coordinate their work and share information. There is also broad consensus that the approaches we use must be based on human rights and focused on the survivor at all times – her safety and her wishes. The guiding principles that should be used for this work are safety, confidentiality, respect and non-discrimination.

Our work must include education and awareness-raising efforts that promote gender equality and human rights. Communities must be engaged in all activities from the onset – especially men and boys. There are also actions to reduce the risk of exposure to gender-based violence. These include safe access to shelter, water and sanitation, and food. Adequate lighting in unsafe areas, security patrols, and livelihood support are also critical.

Survivors must have access to different types of services based on their needs and wishes. These include health care, psychological support, police and security support, legal aid, access to justice, reintegration and financial support.

In gender-based violence prevention and response work, we also distinguish between programming, mainstreaming and coordination. Programming means direct service delivery, mainstreaming obliges all of us to address the problem, not just those who work in the field. Coordination brings all this work together to ensure that the system is working properly.

Data collection is critical to our work – and in fact we are often asked to demonstrate that gender-based violence is even a problem at all, and to document cases, even if it violates principles of confidentiality. We do not need additional evidence to prove that violence is taking place, especially in emergency settings. We have an obligation to act.

Still, documentation is crucial, provided that the benefits to survivors outweigh the risks and that the methodology ensures safety and full compliance with ethical guidelines.

Standard Operating Procedures help guide our work. These are specific processes and agreements among organisations entailing minimum standards for prevention and response. Creating procedures can be lengthy, but the process itself is an intervention in that building consensus can also build capacity, improve communications, and solidify partnerships.

Preventing gender-based violence, and caring for survivors is a challenge across the world. But in emergency situations, such as conflict or natural disasters, the problem gets worse.

Emergencies are undoubtedly more dangerous for women and girls. Existing vulnerabilities and inequalities are exacerbated, and women are deliberately targeted. Gender-based violence increases in such settings because communities are disrupted, populations are moving, and there are no systems of protection or support.

As such, emergency services must be flexible. Gender-based violence prevention and response interventions are not an add-on, they are essential from the onset of all emergencies.

Peacekeeper Major General Patrick Cammaert has famously said: “It is now more dangerous to be a woman than a soldier in modern conflicts”. Rape is used as a weapon of war, and women’s bodies are battlegrounds.

In Yemen, the UN reports that women are at even greater risk of gender-based violence than they already were before the current conflict began.

In natural disasters, women are no safer. There are more female fatalities during disasters and greater risks in the immediate aftermath of disasters. Disaster risk response works to take prevention and protection of women and girls into account.

We must assume gender-based violence is taking place in any emergency context and all humanitarian personnel should treat it as a serious and life-threatening protection issue, taking actions to minimise risk regardless of the presence or absence of concrete evidence.

While know what we must do about gender-based violence in emergencies, challenges to prevention and response remain great. Services and support are scarce in contexts of ongoing insecurity, such as the wars in Yemen and Syria). Meanwhile, aid workers risk their own safety and can be survivors of gender-based violence themselves in the context of their work.

Conflicts are increasingly regional, rather than national in nature, and solutions need to move beyond borders. Fundamentalism continues to restrict women’s freedom and inflict increasing abuses. Funding is woefully short – and short-term, despite the long-term nature of emergencies.

In Lebanon and many other Arab countries, there is still a great deal of work to do to end the scourge of gender-based violence. We have all the evidence and information required to make this happen. What we need now are resources and action.

This is a Foundation Essay for The Conversation Global. Our series of Foundation Essays provide an in-depth investigation of a particular global challenge. In this piece, Lina Abirafeh takes on the issue of gender-based violence in the Arab world.

Lina Abirafeh is Director of the Institute for Women’s Studies in the Arab World at the Lebanese American University in Lebanon. 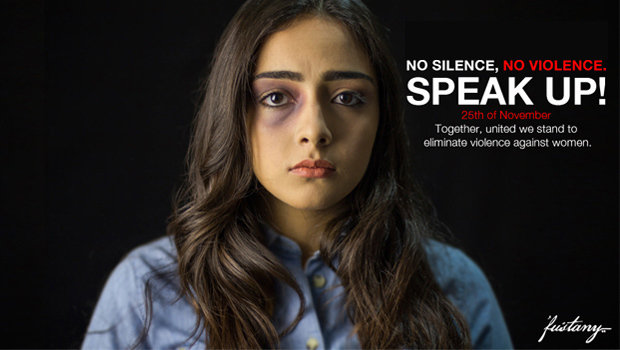