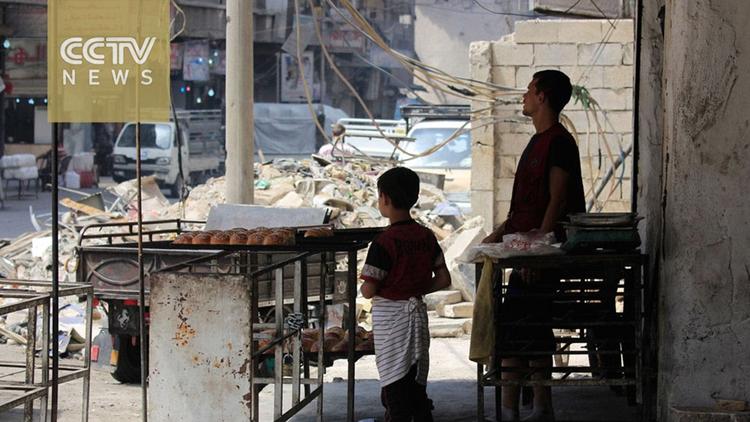 DENVER – The Middle East’s tragic tale of two cities – Aleppo in Syria and Mosul in Iraq – speaks to a fundamental lack of consensus in the region and within the broader international community. The lack of order in the international order is greatly complicating the task of bringing these conflicts to an end.

When the bloody conflict finally ends in Syria, there will be no victory parades, no moment of national catharsis. More likely than not, what there will be is a political arrangement that leaves Syria within its current borders but with local autonomy that reflects the diversity and – at least for the time being – the mutual distrust of its various ethnic and religious groups. No one will be happy. The accoutrements of a civil state do not exist, and there are no institutions around which to build social consensus or the rule of law.

Until these broad principles can be articulated, the war will never be truly over. Ceasefires work best – and hold the longest – when the combatants finally understand that a set of principles agreed by the broader international community will be the basis for shaping the future of their country.

The Syrian war is not unprecedented in the region. The Lebanese Civil War was even longer: from 1975 to 1990, that war produced a similar number of casualties and refugees, and when all is said and done, probably a similar number of unsuccessful ceasefires. The Syrian civil war is not yet even half the length of that horrific struggle; but nor is there any sign that the various combatants are fatigued by it.

The international community will likely be affected by Syria’s civil war more than it was by Lebanon’s, owing to its greater global impact. The refugee tide was at first contained within the neighborhood, especially in Jordan, Lebanon, Turkey, and even Iraq. But soon refugees began to flow to Europe and elsewhere, causing political tensions in countries far removed from the conflict. The huddled masses of refugees crossing one European frontier after another soon became a metaphor for what angers so many Europeans in this globalized age.

The lack of international consensus on Syria, reflected in the failure of the United Nations Security Council’s permanent players to agree on a way forward, has caused the situation on the ground to worsen. Fueled by continued support of the combatants by Middle Eastern states (which seem to have no confidence in the international system), and with Russia’s direct participation in the fighting, the crisis has deepened.

Russia’s intervention on behalf of Syrian President Bashar al-Assad has also caused further deterioration in US-Russian relations, which could fuel danger elsewhere in the world. US Secretary of State John Kerry and his Russian counterpart Sergey Lavrov have so far failed to find any workable way forward to end the fighting.

One longs for the day that Kerry and Lavrov emerge from a negotiating room to announce to the world that they have agreed on a set of principles that will guide Syria’s future and will work to achieve consensus among other members of the international community and with the combatants themselves. Only when the combatants can envision the post-war future can a ceasefire work. Nobody wants to be the last person to die fighting when the future is already known.

In Mosul, the fighting is not a civil war. Unlike in Syria, where there must be tradeoffs among the combatants, in Mosul the struggle against the so-called Islamic State (ISIS) is a war of annihilation. And, in contrast to the Russian and Syrian offensive in Aleppo, the Iraqi Arabs and Kurds and their American advisers most likely worked for months to anticipate issues and to ensure success before the fighting began.

But it is already clear that there is far more at stake in the Mosul campaign than the eradication of ISIS. Depending on how it ends, we will know whether Iraq emerges as a multi-sectarian state or a set of sectarian and ethnic enclaves. Sunnis seem to want no part of the Shia-majority government in Baghdad, even though the Iraqi army (along with the Kurds) is playing the largest role in the fight against ISIS.

CCTV: “UN to press on with securing Aleppo evacuation operation”