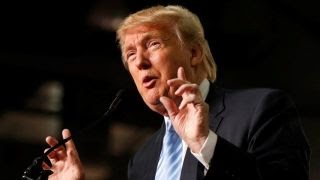 “KAINE: [Trump said that] More nations should get nuclear weapons. Try to defend that.

PENCE: Don’t put words in my mouth. Well, he never said that, Senator.

PENCE: Most of the stuff you’ve said, he’s never said.

Of course, Trump did say it. Even Fox News was appalled:

The biggest Middle East news to come out of the VP debate was that Mike Pence advocated that the US strike “military targets of the Assad regime as a way of punishing Russia for its participation in the campaign to take East Aleppo from the mostly fundamentalist rebel groups now holding it.

That’s huge! Pence wants to go head to head with Russia in Syria and wants vastly to expand the US military involvement by bombing Syrian military targets that are protected by Russian anti-aircraft batteries.

PENCE:. . . And the small and bullying leader of Russia is now dictating terms to the United States to the point where all the United States of America — the greatest nation on Earth — . . . But about Aleppo and about Syria, I truly do believe that what America ought to do right now is immediately establish safe zones, so that families and vulnerable families with children can move out of those areas, work with our Arab partners, real time, right now, to make that happen.

And secondly, I just have to tell you that the provocations by Russia need to be met with American strength. And if Russia chooses to be involved and continue, I should say, to be involved in this barbaric attack on civilians in Aleppo, the United States of America should be prepared to use military force to strike military targets of the Assad regime to prevent them from this humanitarian crisis that is taking place in Aleppo.

No one asked him how he would get around Russia anti-aircraft batteries or how he would stop Russia, which has a naval base and air bases in Syria, from supplying more and better ones to Syria. Or maybe he wants to go to war with nuclear-armed Russia?

Also no one asked him what would happen if he bombed and weakened the Syrian army and then Daesh (ISIS, ISIL) or the al-Qaeda-linked fundamentalist militias took over Damascus?

He further urged a no-fly zone to protect a humanitarian zone. But how would he protect it from troops on the ground?

Pence also said in the debate on Tuesday night that the United States has the lowest number of troops since the end of WW II. Since we are not in a world war, it is not clear why we need a world-war sized army. It is still huge compared to what it was before WW II. But despite not being in the middle of a world war, we are spending $800 billion a year on our war budget. Why? That is $8 trillion a decade. In today’s dollars, WW II cost $4.1 trillion for the four years. That is, we’re spending almost as much money on our war department now as we did when Hitler controlled the entirety of continental Europe with a heavy tank military and Japan had most of Southeast Asia! Big wars are supposed to be rare and then you’re supposed to demobilize. Such a huge standing army has contributed to the downward spiral of American democracy. But Pence wants to spend more and put more men under arms. And lets face it, he wants to do that as a form of corporate welfare, throwing even more money to the big war contractors.

Tim Kaine’s only real response was to agree with Pence that the US should establish a humanitarian zone in Syria. But he did not offer specifics about Syria.

Pence repeated his opposition to the US settling Syrian refugees in this country, and he tried to exclude them from Indiana. He also smeared Syrian refugees as behind the Paris attacks (they weren’t).

How shameless Pence is in his racial bigotry is clear from the recent Federal appeals court ruling against him on the Syria refugee issue. The Chicago Tribune writes,

“The ruling by a three-judge panel for the 7th U.S. Circuit Court of Appeals in Chicago affirmed a preliminary injunction that a federal judge in Indianapolis issued in February. That judge found last year’s order by the Republican governor, now Donald Trump’s running mate, “clearly discriminates” against refugees from the war-torn nation.”

“He argues that his policy of excluding Syrian refugees is based not on nationality and thus is not discriminatory, but is based solely on the threat he thinks they pose to the safety of residents of Indiana. But that’s the equivalent of his saying (not that he does say) that he wants to forbid black people to settle in Indiana not because they’re black but because he’s afraid of them, and since race is therefore not his motive he isn’t discriminating.”

But there are other reasons no one should pay any attention to anything Pence says.

Mike Pence has taken over $100,000 from tobacco company lobbyists to deny that smoking cigarettes causes cancer. He voted against the 2009 Family Smoking Prevention and Tobacco Control Act. Tobacco smoke has 8 of the proven cancer-causing agents. The Centers for Disease Control estimates the following: “Cigarette smoking causes about one of every five deaths in the United States each year,” that is more “than 480,000 deaths annually.” The scientists add, “Life expectancy for smokers is at least 10 years shorter than for nonsmokers. Included in this massacre is that “Exposure to secondhand smoke causes an estimated 41,000 deaths each year among adults in the United States.” Note that many of those involuntarily exposed to second hand smoke are children.

This Pence position is not a quirk. It is not a forgivable lapse. Pence is a professional hit man, paid to rub out tens of thousands of Americans. He is an axe murderer for hire.

Then, Pence opposed a needle exchange program in Indiana. As a result rural whites sharing needles to shoot up prescription drugs were stricken with an AIDS epidemic. Pence’s opposition to the program hand nothing to do with protecting public health or with taking a scientific approach to public health issues. He thinks a needle exchange might encourage drug use and so was willing to sentence people to death.

I could go down the list– denying human-made climate change; legislating that the religious can discriminate against gay people (in 1964 many white evangelicals argued that they should be able to discriminate against African-Americans because of their “faith”); or trying to ban abortion and the control of women over their own bodies.

But between the Himalayan lies and the execrable policy positions, you get the picture. People keep contrasting Pence with Trump, but Pence is a Trump in politicians’ clothing. He is just as dishonest and erratic, just much smoother about it.