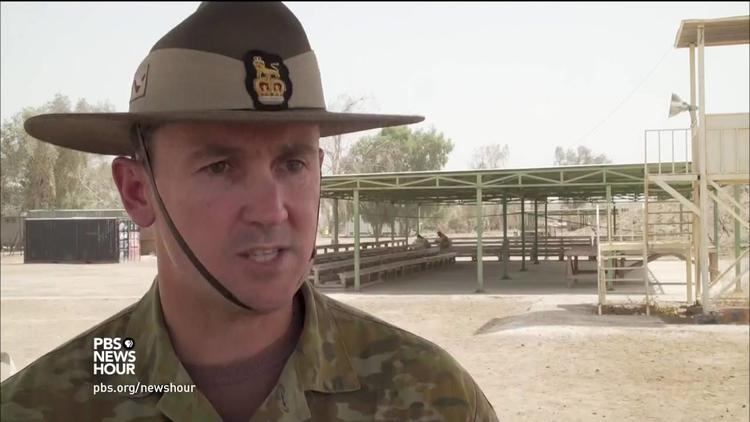 In Mosul, the Islamic State is preparing for a siege, building walls, tunnels and trenches and boasting that, like the Prophet Mohammed in the 7th century, they will be able to withstand any attacks. Locals doubt it.

In Mosul, members of the extremist group that control the city, known as the Islamic State, know full well that they can expect the city to be attacked by those who oppose them soon. Rumour has it the fight for Mosul, the extremists’ last large stronghold in Iraq, could begin as soon as October. As a result, they are preparing, night and day, to try and defend the city they have controlled for over two years now. Residents say that for the past two weeks, the noise from large vehicles and construction equipment hasn’t stopped.

“Trucks owned by the Mosul city council have been moving large concrete barriers to the outskirts of the city,” one local, who could not be named for security reasons, told NIQASH. “Large cranes are unloading these and they are being arranged in a similar way to how the Iraqi military used to arrange them, when they controlled Mosul.”

Eyewitnesses in the city confirm that at the southern end of the city, around the neighbourhoods of Mamoun, Tal al-Rumman and Mansour, members of the extremist group have completed a three-meter-high wall. Further ahead is the town of Qayyarah, out of which the Islamic State, or IS, group was pushed out of recently.

“War is coming and the survival of the Caliphate will depend on the steadfastness of Mosul, the preacher said.”

Other locals confirmed that there is a similar wall at the eastern end of the city near the neighbourhoods of Somar, Dumez and Falastin as well as in the Kokajli and Shamali areas, where pre-fab buildings are located, in order to prevent the Iraqi Kurdish military from laying siege to that part of the city.

However, because Mosul is so large – it’s known as Iraq’s second city after Baghdad, and was home to over 2 million people – there is no way to construct a complete wall around the city. That’s why they’re only building walls in areas near the main entrances to the city and in parts of the city where they expect their enemies to attack from.

Locals say all this is somewhat ironic. When the IS group first entered the city in mid-2014 they boasted about the fact that they were removing all the concrete barriers that the Iraqi army had placed around Mosul because they were no longer needed. Security would prevail under their rule, they claimed.

At the same time as the barriers are being moved, there has also been a major campaign to convince locals of the IS group’s strength and, one imagines, keep citizens on side.

“War is coming and the survival of the Caliphate will depend on the steadfastness of Mosul in confronting the infidels,” one young man, a preacher in his 30s, told all of those praying in the Umar ibn al-Khattab mosque in Mosul’s Nahrawan neighbourhood recently. “Did you hear about the battle fought by Muslims, led by the Prophet Mohammed, in 627AD?” he asked worshippers. “Do you know how they won that battle? The people followed their leader and they did not betray him. That is why the sons of Mosul should be patient and why they should tolerate hunger, thirst and fear. They should support the Caliphate and prevent the infidels from entering the city!”

The battle the preacher was talking about was known as the Battle of al-Khandaq, or the Ditch (or Trench) in English. During this fight Mohammed and his supporters dug a ditch around the city of Medina in Saudi Arabia and stayed inside while thousands of enemies laid siege outside. Members of the IS group have been using the same comparison online, on social media.

The walls that the IS group is building in Mosul also include a trench, measuring two meters in depth and width, on one side of the concrete barriers. This trench has already been completed in the eastern and northern parts of the city; extremists used municipal roadworks vehicles to dig the pits.

In the past the IS group had tried to dig trenches around 10 kilometres away from the city’s borders but they were stopped after repeated air strikes by planes belonging to the international anti-IS coalition destroyed many of their vehicles.

Just like the walls, the new trenches do not surround the whole city. The main aim appears to be to prevent the entry of military vehicles into the city.

The trenches are also supposedly connected to a network of secret tunnels the IS group is building in the city. This is being done in case the extremist organization is forced to fight a guerrilla war in the city; the city’s high population density – there are currently an estimated 1.5 million residents still here – will also be used in this fighting.

In the end though, it is clear to everyone – even those living in Mosul – that in this day and age, whoever controls the airspace, controls the battle. Fences and trenches won’t be able to stop armed forces from entering the city if they have air support and the best that the IS group’s plan could achieve is to extend their stay in the city by weeks, or possibly months, if they are lucky.

That’s why Mosul locals will be looking toward their southern suburbs when the time comes. IS members are expected to escape in that direction and head to safe houses in Syria, as they did in previous fighting in Fallujah and Tikrit.