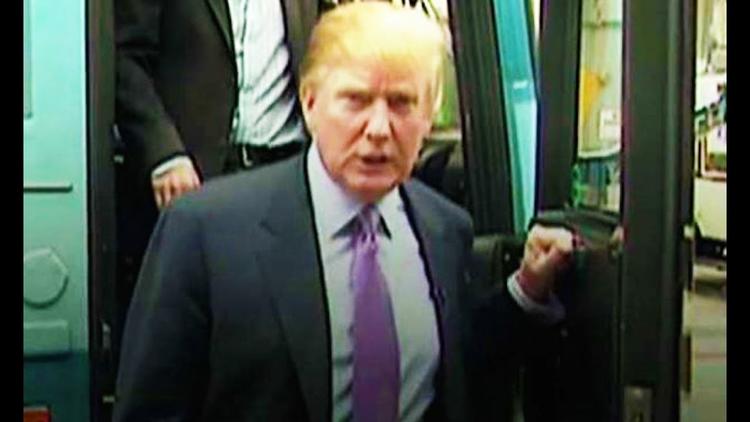 Trump was caught using vulgar terms to refer to women he tried to seduce.

The recording was made in 2005 on the set of soap opera “Days of Our Lives,” with Trump apparently being unaware of his conversation with TV host Billy Bush is captured via microphone.

“This was locker room banter, a private conversation that took place many years ago,” Trump said in a statement. “Bill Clinton has said far worse to me on the golf course—not even close. I apologize if anyone was offended.”

In the recording, Trump tells Bush about his experience trying to sexually seduce an unnamed, married woman.

“I did try and fuck her. She was married,” Trump says. “And I moved on her very heavily. In fact, I took her out furniture shopping. She wanted to get some furniture. I said, ‘I’ll show you where they have some nice furniture.’ ”

“I moved on her like a bitch, but I couldn’t get there. And she was married,” Trump says on the tape.

“I failed. I’ll admit it,” Trump says on the tape.

At this point in the conversation, Trump and Bush notice an actress waiting to escort them to the set.

“Your girl’s hot as shit, in the purple,” says Trump.

“You know I’m automatically attracted to beautiful — I just start kissing them,” Trump says. “It’s like a magnet. Just kiss. I don’t even wait.”

Trump also explains that his celebrity status and reputation have made these type of encounters with women possible. “And when you’re a star they let you do it,” Trump says. “You can do anything. Grab them by the pussy– You can do anything.”

The conversation took place after he had married his third and current wife, Melania. In the conversation, Trump is talking to Bush, who was then host of the show “Access Hollywood.”

Hillary Clinton said on Twitter that the tape was another example of why Trump is unfit to run the country. The recording was released two days before Trump and Clinton face each other in a second presidential debate.

“This is horrific,” said Clinton. “We cannot allow this man to become president.”

The recording is just the latest leak of a series of high-profile scandals involving Trump and women over the years. The Republican presidential candidate has been accused of raping a minor, raping his ex-wife Ivana Trump, and attempting to rape a former business associate Jill Harth, according to legal documents.

In 1988 Ivana, Trump’s wife at the time said he raped her in a fit of rage. In 1997, a 34-year-old woman called Jill Harth accused Trump of throwing her against a wall, groping her and lifting up her dress.

Also, in April of this year, a woman named Katie Johnson filed a lawsuit accusing Trump of tying her up when she was a 13-year-old girl before exposing himself and raping her.

According to the lawsuit, Johnson screamed for him to stop but he struck her in the face and said: “that he would do whatever he wanted.” She also says Trump threatened to ruin her and her family’s life if she told anyone about what happened since she wanted to become a model.