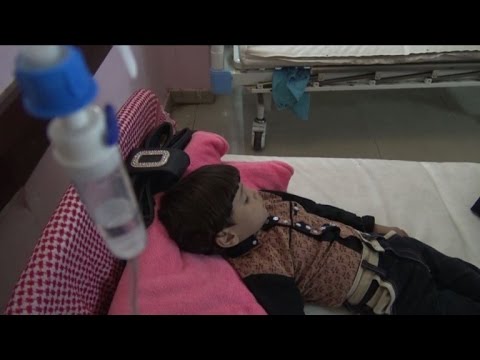 London (Informed Comment) – Saudi Arabia has long been accused of needlessly hitting civilian targets during its air campaign in neighbouring Yemen. Most commentators have put this down to a mixture of indifference and military incompetence on the part of the Saudi armed forces. Their capabilities against hardened fighters like the rebel Houthis were long questioned by outside observers before the Kingdom intervened in its neighbour early last year.

The futile conflict has already resulted in 10,000 dead, including an estimated 4,000 civilians, while the United Nations estimates that 80 percent of the Yemeni population is now in need of humanitarian assistance.

But now academics from the London School of Economics, who have been working in Beirut on data from the Yemen Data Project and statistics from the Yemeni agriculture ministry, have pointed to a grim possibility about the Saudi-led airstrikes which have been battering their southern neighbour. According to a report in the Independent newspaper the air campaign has deliberately sought to undermine Yemen’s undeveloped agricultural sector in a country where more than half the population relies, in part or in whole, on agriculture and rural husbandry to survive.

The $250 million a month cost of the war effort and an oil slump have caused a hole in Saudi Arabia’s finances and created pressure on the Saudi monarchy to declare a quick victory and return home. But with the war at a stalemate the Kingdom’s military planners may be looking beyond withdrawal to creating a situation in post-war Yemen that gives them the strongest hand in the peace negotiations to come.

Riyadh has always considered Yemen to be in its backyard, and insisted that foreign countries, including the United States, follow the Saudi lead when making deals with its troublesome neighbour. Former Yemeni president Ali Abdullah Saleh was a key ally for years until his overthrow in the Arab Spring, though for now he is now fighting alongside the Houthis. But before Yemen’s fragile political order began to breakdown earlier this decade Saudi money did much to keep the country’s distorted economy afloat with subsidies.

The suspicion now is that Saudi Arabia and its Gulf allies are deliberately destroying the foundations of rural life in Yemen so that whoever takes over at the end of the war finds their country faces a total reliance on food imports, the bulk of which presently come through the Gulf states. This seems part of an emerging Saudi strategy of economic warfare against the Houthis to increase the Kingdom’s leverage over its Houthi enemies, but which directly threatens a humanitarian catastrophe in the Arab world’s poorest country.

The influence welded by the Kingdom behind the scenes initially allowed it to escape much open international condemnation over the issue of its human rights violations in the Yemeni civil war. But a recent massacre of mourners at the funeral of a top Houthi leader by coalition airplanes was probably what prompted a sudden wave of missile attacks by Houthi forces against ships in the Bab al-Mandeb strait, a major shipping lane between the Red Sea and the Gulf of Aden.

The Gulf of Aden leads into the Indian Ocean and traffic along this trade route ultimately connects the Gulf region and Asia to Europe and North America through the Suez Canal. Any disruption to the passage of international shipping along it carries massive financial implications for logistics and insurance companies involved in the maritime sector, not to mention the fragile global economy.

The attack on the funeral and the Houthi response, which also included failed strikes on US naval vessels, therefore pushed the war and the Saudi handling of it abruptly back into global headlines. The unwelcome gaze of the international media may cause the Saudis to moderate their behaviour while the attention lasts but it is unlikely to sway them from their aim of subordinating their southern neighbour back under Saudi hegemony.

Calls are now being made for the US to increase its involvement in the conflict with the objective of bringing about a political solution that favours Saudi Arabia’s interests. While they are unlikely to be heeded by the outgoing Obama administration, the Saudis know that the president’s successor may be keener to listen. Even Obama has studiously avoided pressing the Saudis too hard on their actions in Yemen, whilst speeding up arms sales to the Kingdom and its Gulf allies.

But the US and the UK should instead reconsider their unwise involvement on the Saudi side of this unnecessary conflict. As long as they back Saudi actions in Yemen, and supply the Kingdom’s forces there, these two Western countries are undermining their own credibility whenever they condemn war crimes in conflicts elsewhere. The Russian and Iranian backers of Syria’s Bashar al-Assad now have an example of hypocrisy they can point to whenever Western critics of the Syrian regime call out its nasty habit of starving besieged rebel areas of food aid for example.

The upcoming change in American administrations provides a key chance for a policy reset however. Whoever becomes the next US president should review America’s current joint military operations with Saudi Arabia and cut off those related to its war in Yemen. They should also encourage the UK government to reconsider its support for the Saudi adventure and stop enabling the Saudis by supplying them with intelligence, arms and ammunition. This will likely enrage Riyadh but by putting an additional burden on the Saudi economy America will probably speed up the day the Saudi government realises it can no longer afford to try and bomb its smaller neighbour into submission.