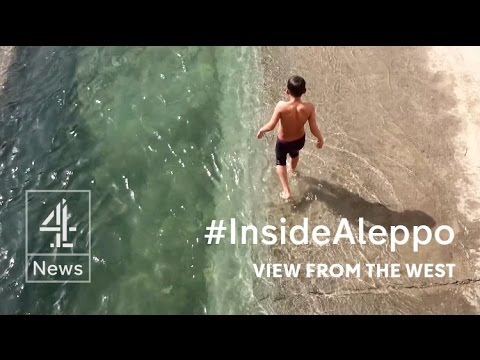 “We have seen the tragedy of East Aleppo which is under siege and fierce bombardment from the Syrian and Russian armies – but there’s another side to the city; a side of the war that is hidden from view. West Aleppo is home to around one and a half million people and is under the control of President Assad and his feared secret service. But most also live in fear of the Islamist rebels who are fighting the regime and who attack their side of the city.”