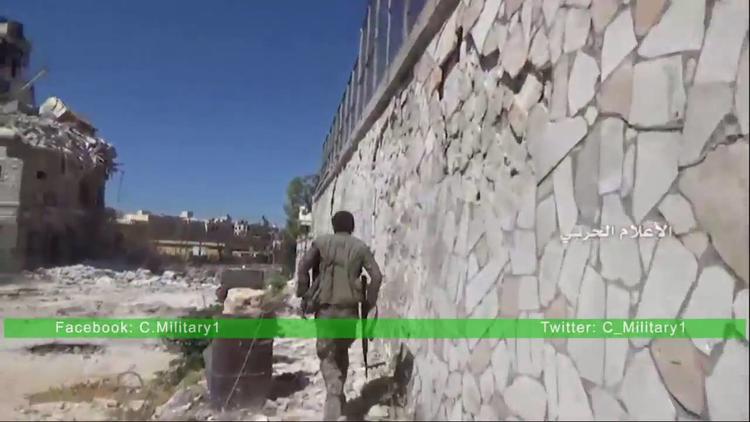 Alarabiya says that Russia has killed over 3,000 civilians in its bombing raids of the past year.

BBC Monitoring translated an article by Mikhail Khodarenok at the Gazeta.ru site from 23 September that tries to explain why any decisive victory in Syria has eluded Russia during the past year.

The author points out that the Syrian Arab Army of Bashar al-Assad has not made any significant gains in territory in the past twelve months. He says that the rebels still control 60-70 percent of the country’s territory, but this is completely misleading. Most of that “territory” is the eastern desert and it is irrelevant who holds it. The regime likely controls some 70 percent of the population mostly in the west or what the French colonialists used to call “useful Syria.”

He says that people living in regime-held areas, even military personnel, “are forced to pay tribute to the corrupt special services.” Khodarenok does not think the war is winnable under these circumstances without substantial rethinking.

He says that the lion’s share of Russian armed forces have been withdrawn from Syria, save for a single aviation group at the Hmeimin base. The Russian government is strapped for cash and trying to do Syria on a shoe-string, using gasoline and jet fuel sparingly.

He says that the Russians are running low on ammunition, and are thinking of trying to buy some missiles that can be launched from the air from Belarus, which has large old Soviet stores of them.

Khodarenok will admit that the first six months of Russian air intervention in Syria went fairly well. Russian Aerospace Forces helped the Syrian army take some territory from the rebels.

But, he says, the second six months saw those efforts stall out, with rebels retaking some of the territory they had lost.

He describes rebel holdings as:

“a significant proportion of Aleppo, the whole of Idlib Province, a significant part of Homs Province, the area around the city of Deir al-Zour, the oasis of East Al-Ghutah to the south of Damascus, the district of Az Zabadani on the border with Lebanon, and a number of other areas.”

The problem with this list is that he pays no attention to how many people live there. Syria had 22 million people in 2011 before the civil war. Deir al-Zor has only about a million. Likewise, al-Raqqa Province was 800,000 before the war, of which half have run away to Turkey or now live under Kurdish rule in the north of the province. East Aleppo is probably only 250,000, with three or four times that many under regime control in West Aleppo. You go down the list, and I doubt the rebels have more than 6 million or so under their control, and that is counting the Syrian Kurds. And I think the regime has the other 12 million. (Four million have fled abroad, so I think the country’s population has fallen to 18 million).

The author maintains that the old USSR and Russian-trained officers have largely been fired, and most of the officer corps studied in the Middle East. Many of those with Turkish or Saudi ties defected. The remaining officers are plagued by corruption and fraud.

Russian military advisers have been withdrawn, and the Syrian Army HQ has no Russian advisory staff. There is little coordination on the battlefield.

Khodarenok advocates a single Russian command in Syria, with a kind of viceroy in charge of all the moving parts.

He suggests sending a brigade of some 10,000 men into Syria from Russian Chechnya.

He critiques the logistics of the Syrian army, which he says has no centralized supply system. As a result many young people have defected.

He complains that Syrian army morale is extremely low. At key moments in the struggle for Aleppo, troops ran away.

So that’s a pretty pessimistic take on the Russian intervention.

I think he’s missing some successes of a defensive sort– shoring up Latakia and forcing the fundamentalists out, e.g., or a similar strategy in other areas such as the city of Homs.

But he could be right that the struggle is going nowhere fast.