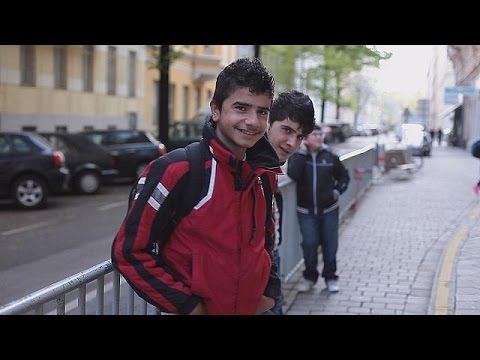 NEW YORK – The United States needs to shift its spending from war to education, from CIA-backed regime change to a new Global Fund for Education (GFE). With hundreds of millions of children around the world not in school, or in schools with under-qualified teachers, a lack of computers, large class sizes, and no electricity, many parts of the world are headed for massive instability, joblessness, and poverty. The twenty-first century will belong to countries that properly educate their young people to participate productively in the global economy.

John Andrews views the country’s civil war in the context of the Middle East’s strategic disarray, assessing how Shlomo Ben-Ami, Christopher Hill, Anne-Marie Slaughter, and others think the outcome will reshape the region.


What US politicians and policymakers in their right minds could believe that US national security is properly pursued through a 900-to-1 ratio of military spending to global education spending? Of course, the US is not alone. Saudi Arabia, Iran, and Israel are all squandering vast sums in an accelerating Middle East arms race, in which the US is the major financier and arms supplier. China and Russia are also sharply boosting military spending, despite their pressing domestic priorities. We are, it seems, courting a new arms race among major powers, at a time when what is really needed is a peaceful race to education and sustainable development.

Several recent international reports, including two this month by UNESCO and the International Commission on Financing Global Education, headed by former UK Prime Minister Gordon Brown, show that annual global development assistance for primary and secondary education needs to rise from around $4 billion to around $40 billion. Only this ten-fold increase can enable poor countries to achieve universal primary and secondary education (as called for by Goal Four of the new Sustainable Development Goals). In response, the US and other rich countries should move this year to create the GFE, with the needed funds shifted from today’s military spending.

If Hillary Clinton, the likely next US president, genuinely believes in peace and sustainable development, she should announce her intention to back the GFE’s creation, just as President George W. Bush in 2001 was the first head of state to endorse the newly proposed Global Fund to Fight AIDS, TB, and Malaria. She should call on China and others to join this multilateral effort. The alternative – to continue spending massively on defense rather than on global education – would condemn the US to the status of a declining imperial state tragically addicted to hundreds of overseas military bases, tens of billions of dollars in annual arms sales, and perpetual wars.

Without a GFE, poor countries will lack the resources to educate their kids, just as they were unable to finance the fight against AIDS, TB, and malaria until the Global Fund was established.

Here’s the basic budgetary challenge: it costs at least $250 in a poor country to educate a child for a year, but low-income countries can afford, on average, only around $90 per child per year. There is a gap of $160 per child for around 240 million school-aged kids in need, or about $40 billion per year.

The consequences of underfunded education are tragic. Kids leave school early, often without being able to read or write at a basic level. These dropouts often sign up with gangs, drug traffickers, even jihadists. Girls marry and begin to have children very young. Fertility rates stay high and the children of these poor, under-educated mothers (and fathers) have few realistic prospects of escaping poverty.

The cost of failing to create decent jobs through decent schooling is political instability, mass migration to the US (from Central America and the Caribbean) and Europe (from the Middle East and Africa), and violence related to poverty, drugs, human trafficking, and ethnic conflict. Soon enough, the US drones arrive to exacerbate the underlying instability.

In short, we need to shift from the CIA to the GFE, from the expensive failures of US-led regime change (including those targeting Afghanistan’s Taliban, Iraq’s Saddam Hussein, Libya’s Muammar el-Qaddafi, and Syria’s Bashar al-Assad) to investments in health, education, and decent jobs.

Some critics of aid argue that funds for education will simply be wasted. Yet the critics said exactly the same about disease control in 2000 when I proposed a scale-up of funding for public health. Sixteen years later, the results are in: disease burdens have fallen sharply, and the Global Fund proved to be a great success (the donors now think so, too, and have recently replenished its accounts).

Euronews from last summer: “The critical role of education in Europe’s refugee crisis”