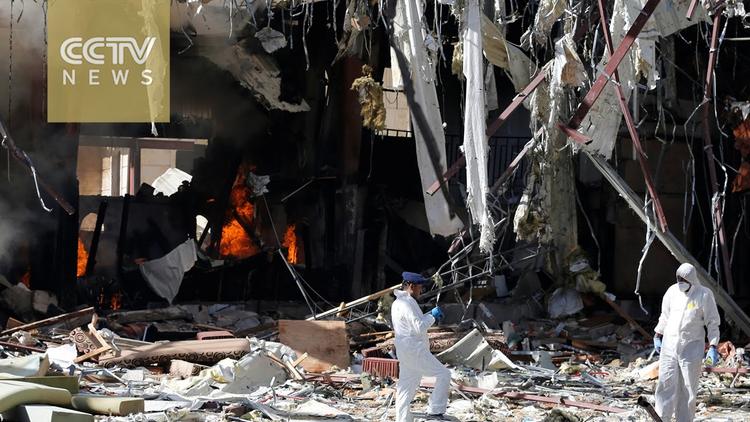 Despite rising outrage over the bloody civilian toll in Yemen’s war, the United States administration is showing no signs of breaking with – or attempting to check – the actions of its ally Saudi Arabia, the leader of the nine-nation coalition against the Houthi rebels.

An article in the Washington Post this week suggests the US is willing to rationalize Saudi responsibility for laws-of-war violations in the 19-month campaign – as well as attempting to minimize its own role in the conflict.

“Does an ally have to give you a blank check for everything you’re doing in a war?” a senior State Department official is quoted as saying.

Clearly, the answer is no. But the US has supported the Saudi-led campaign with aerial refueling and targeting assistance without criticizing Saudi Arabia and its allies for repeatedly and unlawfully bombing civilians, committing apparent war crimes. The nature of this support makes the US a party to the armed conflict, and potentially culpable in unlawful strikes.

The US also continues to sell arms to Saudi Arabia – more than $20-billion worth of military support and weapons in 2015 – despite increasing recognition that weapons may get unlawfully used.

According to the Post, US officials say that “errors of capability or competence, not of malice” led to repeated Saudi-led coalition strikes on civilian structures. But how do they know? There have been no serious investigations into allegedly unlawful attacks. Moreover, whether Saudi targeteers were malicious or simply poorly trained does not absolve the government of responsibility. Indiscriminate attacks that fail to distinguish between civilians and military objectives as well as those that cause disproportionate loss of civilian life or property are also illegal under the laws of war.

When I visited Washington this summer to share Human Rights Watch’s findings on how the coalition has repeatedly hit civilian objects, administration officials said they believed the Saudis were just bad at targeting. This belief strains credulity. Coalition airstrikes have repeatedly struck, including with precision-guided weapons, civilian structures like medicine factories and food storage compounds, and clearly marked hospitals for which Medecins Sans Frontieres previously provided GPS coordinates. They have also repeatedly hit marketplaces during the day, when high numbers of civilians are known to be present. Lacking competence and showing insufficient regard for civilian lives or protected facilities are not mutually exclusive.

The Post article added that “military lawyers have reviewed Saudi actions and say no laws have been violated because, in their view, the civilian deaths appear to be unintentional.” But coalition pilots and operational commanders do not have to intentionally kill civilians to commit war crimes. Reckless attacks can be subject to war crimes prosecutions.

As congressional concern with Washington’s role in Yemen increases, US officials will need to provide better answers for Saudi actions, rather than making excuses or stonewalling on the US role and how US weapons have been used. Helping a longtime ally does not let one off the hook for all responsibility in the deaths of more than 4,000 civilians, nor for shipping billions of dollars of arms that are likely to be used in the coming year’s abuses.