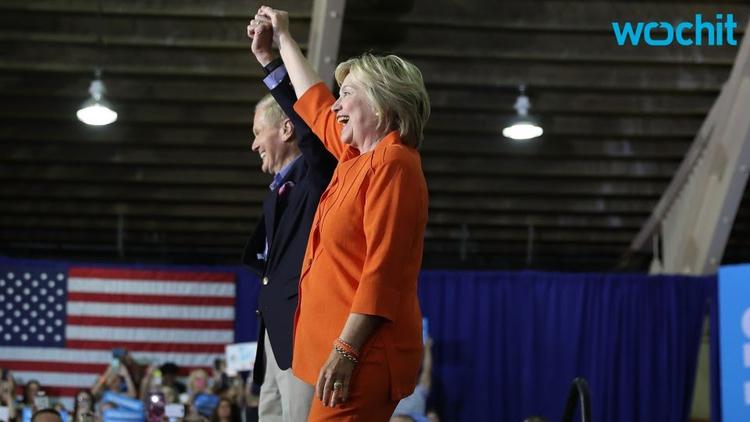 Monday’s debate between Donald Trump and Hillary Clinton was a bizarre, disorienting carnival from the start. It was one of the only debates I’ve ever watched without developing a sense of the winner, not because the candidates hit their partisan talking points, but rather because we have strayed so far from the normal map of American politics that I’m completely lost. For the first time in my entire life, I got a visceral taste of what it means to live in an authoritarian country. And I say that as someone who has spent a lot of time in non-democratic societies – as a guest who could pack up and be on the next plane out if things go haywire.

This debate was therefore not just a cacophony of ugliness that represents everything normal people hate about our politics. It was chilling. I’ve never before felt afraid of my own leaders. Frustrated, sure. Angry about policy, yes. But never have I wondered whether the person standing on stage is going to pursue policies that will irreparably rupture democratic rule or threaten my liberty. In non-democratic countries, it is routine for one’s political opponent to end up in prison. It is not normal in the United States to say to your rival, in front of millions of people, that she’s going to end up in jail because of an “order” you give to your attorney general. In places like Egypt and Syria, seeing your oppressor on television is a constant reminder of the arbitrary power that authoritarian rulers exercise over their subjects. They know that, based on nothing more than a whim or a grudge, they can end up in prison, or tortured and disappeared, and that there is absolutely nothing they can do about it. Donald Trump seems like the kind of person who would take great pleasure in ordering the arrest of dissidents or political rivals and shuttering newspapers and television stations. He was born for the role. This is the overarching theme of the evening, and why so many of us spent a sleepless night pondering the dark future that awaits us should this horrifying man become our president.

How did the candidates actually do? Let’s take Clinton first, because it’s easier: Clinton’s thankless task, as always, was to remain calm and appear to be sane and to stay above the fray. She did that perfectly well, although I did think the decision to let some of Trump’s more feverish accusations stand unchallenged was a mistake. Sometimes her best moments are calmly pointing out the seemingly endless list of things that Trump doesn’t know, like when she had to remind the man that she was no longer Secretary of State in the year 2013, or explain to him what a presidential veto is. She obviously wanted to run away from Bill’s sexcapades as quickly as possible, but she certainly could have taken a moment to acknowledge his misbehavior and talk about how much it hurt her. She could have pushed back more forcefully on his policy incoherence, such as the remarkable claim that America has lost energy jobs during a decade in which we have become functionally energy independent. (Whether any of that is good for the planet is another question entirely). On the rare occasions she was given the opportunity, she connected well with the audience. Her response to the moderator question about the Wikileaks emails was not good. It required people to be familiar with the plot of a four-year-old movie that was dense and ponderous to begin with. Overall, when she was speaking it reminded me of what this campaign and these debates might be like had the Republicans not forwarded a seething abuser with verbal Norovirus as their candidate to lead the country.

One can, I suppose, make some tactical criticisms of the way that Clinton approached this debate. But it’s also important to keep in mind the scale of the task in front of her during these tilts. Take a second to think how it feels when an angry and unstable person is yelling at you. Think about how flustered you get in simple arguments with people you love. Imagine you are onstage in front of millions with the future of democracy at stake and a man who is almost certainly a sexual abuser who knows nothing about anything is gaslighting you and trashing your marriage and telling you he’s going to throw you in prison. Then imagine yourself not just maintaining your composure but still being able to talk accurately about law and policy. Then think again about your estimation of this woman, who is taking a bullet for our entire country and getting nothing but crap for it. I wouldn’t last five minutes on stage with Trump before completely losing my cool. Hillary Clinton deserves a medal of honor just for keeping it together.

Trump himself remained outwardly calm for long stretches, which only underscored how disturbing his actual behavior was. He paced around the stage like someone waiting for a verdict in a murder trial, barely avoiding Clinton’s personal space and implicitly menacing her. Of course, he interrupted Clinton over and over again and whined childishly about how the moderators were being unfair. His complaints did not even make any sense. At one point he caterwauled that Cooper and Raddatz weren’t asking about the emails, when in fact, they had asked about the emails, moments before. It was very strange. Of course, there was the usual litany of made-up numbers and things. The U.S. does not have an $800 billion trade deficit. Obamacare is not going to “implode” in 2017. The number of deleted emails kept changing. He continues to make grandiose and unsubstantiated claims, like how record amounts of drugs are “pouring” over our southern border as if there’s some kind of Drug Census keeping track. The idea that there’s “no growth” in the American economy is demonstrably untrue (it grew by 2.4% in 2015).

His health care answer made not one stitch of sense. He said he’ll preserve the ability to get insurance with pre-existing conditions by having more competition, as if insurance companies are going to compete with one another to insure people who are already sick. He managed to retain a couple of talking points that Stephen Bannon and Kellyanne Conway jammed through his ears, but he really has no idea what he’s talking about. There was, of course, the ongoing inability to understand how the American political system works, as if Clinton could have reformed the tax code as First Lady, or done it by herself as a senator. He managed to turn a question about the Supreme Court into a strange discourse about how Clinton should be funding her own campaign. Inasmuch as you can judge the man on substance, I actually thought it was a worse performance than the first one.

But of course, last night wasn’t really about policy at all. Trump’s comments condoning sexual assault hung over the whole evening like a cloud of cigarette smoke in a dive bar. Maybe he managed to take a Xanax and remain on the calm spectrum for most of the debate, although clearly it was wearing off as time went on. As long as he didn’t walk over to Clinton, pop a Tic Tac (a company that makes the world’s worst mints but that I currently feel sorry for) and slobber on her, he would have himself a tiny victory of sorts. In that narrow sense, Trump may have stopped the bleeding. The problem for Trump is that it doesn’t help to stop the bleeding when you’re already dead.

Trump was down 7 points before Access Hollywoodgate, and a Monday NBC/ Wall Street poll found Clinton had surged to an 11 point lead in a four-way race (in a two-person contest Clinton was fully 14 points ahead of The Donald). Rumors are already swirling about tapes of him using racial epithets during the taping of The Apprentice. And not only did he not do anything to reassure people who think he’s erratic, he exposed the rifts inside his own campaign and party. The most jarring moment last night was when Trump disavowed Pence’s statements about Syria and said that they hadn’t spoken. This is completely unprecedented. The story behind the story here is that the dozens of Republican legislators who unendorsed Trump over the weekend can’t take it back now. The party is at war with itself, and Trump is going to spend the next four weeks dragging us all down into the muck with him. It’s a losing strategy on all fronts but it will nevertheless be extremely unpleasant for all of us to live through.

Our predicament was not helped by the structure of the event itself. From the Commission down to the moderators, these debates have been a total catastrophe from a civics perspective. This is not a partisan complaint that they didn’t go after Trump harder. Actually, they landed the plane on the carrier deck in that respect. But if you just woke up from a yearlong coma, you’d think the only two issues facing this country are someone’s goddamned email account and the Syrian civil war. Perhaps this would all make sense if someone had any idea at all what to do about Syria, but no one does – not the moderators and not Congress and not Obama and not Clinton and certainly not Trump. Not to belittle the awful human catastrophe that is taking place there, but I am so tired of hearing about Syria to the total exclusion of all foreign policy challenges that I want to scream. The moderators go after the candidates tirelessly about campaign drama and the Gaffe of the Week, but never follow up or seem to know anything at all about substance. They just let these absurd claims about trade and health care and ISIS hang there.

And in this so-called town hall debate, we went for stretches of 20 minutes at a clip without hearing any questions from the audience at all. The questions we did hear were mostly inane. This country is not on fire as Trump seems to believe, but we do face very difficult problems: climate change, deteriorating infrastructure, millions of jobless and hopeless people, unresolved race and gender problems, political gridlock, personal debt and so much more. The real question is where are all of these problems in these debates? Are Cooper and Raddatz and everyone else so checked out in their bubbles that they can’t be bothered to even spend ten minutes addressing the real problems that everyday Americans face? ?

There will be one more debate. More importantly, you now have 29 days to save the republic. Please respond accordingly.