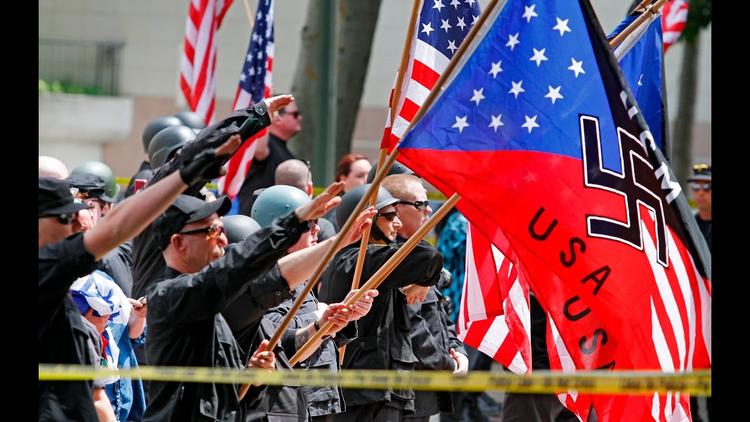 You would think that support for Israel is fundamentally at odds with anti-Semitism. If you thought that, however, you would be wrong.

The past few days have witnessed a bizarre pile-up of prominent Israel-supporters going out of their way to defend or excuse what seem to be obviously anti-Semitic views voiced by Steve Bannon, internal strategist for the incoming Trump administration, and his media website, Breitbart News.

Bannon is the former head of Breitbart, an alt-right media website widely considered to be a platform for white nationalism. It is a site wherein one can easily stumble across the familiar refrains of anti-Semitism in both its articles and, even more so, in its sprawling comments sections. To take only example, in the comments section on David Horowitz’s article, “Bill Kristol: Republican Spoiler, Renegade Jew,” we learn that Breitbart readers believe that the Jews run Hollywood, control the media, and care more about their “race” than their country.

Unmoved, however, is Alan Dershowitz, prominent and vehement defender of Israel, who said in an interview with Breitbart News that we have to be “very careful about using the term anti-Semitic.”

Meanwhile, Morton Klein, head of the Zionist Organization of America, got in a tiff with the Anti-Defamation League (ADL) over Bannon and Breitbart. The ADL, which bills itself as a civil rights organization, originally condemned the appointment of Bannon as an endorsement of the anti-Semitic alt-right. Klein, however, publicly attacked the ADL, arguing that both Bannon and Breitbart’s support for Israel is unimpeachable, citing the opening of a Breitbart office in Jerusalem. The ADL backed down, and now says there is no credible evidence that either Bannon or Breitbart are anti-Semitic.

Now, it’s true that Bannon’s remarks about not wanting his kids to go to school with Jews were taken from his divorce proceedings, and people say a lot of things they later regret when going through divorce. It’s also true that the comments section of news and media sites are by far the worst places to look if you’re interested in illuminating insight.

However, the fact is that folks like Dershowitz, Klein, and the ADL are not really all that shy about throwing around accusations of anti-Semitism. In fact, it is what they are perhaps most famous for.

It’s just that they only get worked up about anti-Semitism and accuse people of it when they are talking about critics of Israel. Whether it is former president Jimmy Carter, members of the international non-violent Boycott, Divestment, and Sanctions (BDS) movement, or Black Lives Matter, in every case, the only folks who merit the label “anti-Semitic” in these Israel-defenders’ views are those who are critical of Israel. If one accuses Jews of running Hollywood, well…that’s apparently a tougher call.

Proponents of Zionism have spent decades trying to inculcate a popular conflation between the state of Israel and Jews. Recognizing no distinction between Jewish people and the Jewish state, Zionists have argued that criticism of Israel is by definition anti-Semitic. This is very much the view of many of Breitbart’s authors.

Of course, this is flawed logic — there is a clear difference between membership in an ethno-religious group and support for the laws and policies of a nation-state.

More importantly, however, it is a disingenuous strategy by which Zionists have (until recently, anyway) been able to silence criticism of Israel by labeling it racism or hate speech.

In other words, perhaps it is not so surprising that ardent Zionists are defending the likes of Bannon and Breitbart. Maybe, just maybe, Zionism and anti-Semitism are more compatible than Zionists have thus far led us (or wanted us) to believe.

From its very beginnings, the Zionist project was a settler colonial project aimed at dispossessing the native Palestinian population. David Ben Gurion, Israel’s founder and first Prime Minister, forthrightly admitted the necessity of population “transfer” in order to establish the state. Theodore Herzl famously foresaw a Jewish state in the land of Palestine as “wall of Europe against Asia” that would serve as “the outpost of civilization against barbarism.”

If that sounds like racism and ethnic cleansing to you, you aren’t too far off the mark. And if that vision of Israel as a “wall” of white civilization against the barbarians rang any bells, it might be because you just sat through the same rhetoric in the recent presidential election.

What the insincere antics of Dershowitz, Klein, and the ADL make clear is that commitment to Israel is in fact perfectly compatible with a hatred of Jews. These Zionists’ accusations of anti-Semitism are used to silence criticism of Israel and political dissent, not to oppose racism. If they were actually concerned with anti-Jewish racism, they would be raising hell about the appointment of Bannon, as hundreds of Jewish scholars of Holocaust history recently have in their demand that Americans “mobilize in solidarity” against Trump.

Yet even the Holocaust, so frequently invoked by Zionist fearmongers when warning against the latest ostensible Muslim or Arab or “terrorist” threat, is notably absent from Zionists’ words with regard to Trump or Bannon. Israeli Prime Minister Benjamin Netanyahu, who has spent his career characterizing negotiations with Palestinians as Nazi appeasement, called Trump “a great friend of Israel.” That’s because Trump wants to recognize Jerusalem — half of which remains under illegal Israeli occupation — as “the undivided capital of the State of Israel.”

Much has been made of the parallels between the UK Brexit vote and the US election of Donald Trump. But perhaps another parallel is in order: the parallel between the white nationalist project of Bannon, Breitbart, and Trump, and that of the Zionist colonization of Palestine. Both demand building walls, colonizing natives, keeping out refugees, and screening Muslims. Indeed, Herzl’s optimistic forecast of Israel as an outpost of European civilization amidst a sea of Arab barbarism may simply have been more nostalgically and pithily summed by our president-elect himself in his victorious demand to “Make America Great Again.”

The views expressed in this article are the authors’ and do not necessarily reflect Ma’an News Agency’s and Informed Comment’s editorial policy.

Heike Schotten is an Associate Professor of Political Science at the University of Massachusetts Boston, and a member of the organizing collective of the US Campaign for the Academic and Cultural Boycott of Israel (USACBI).