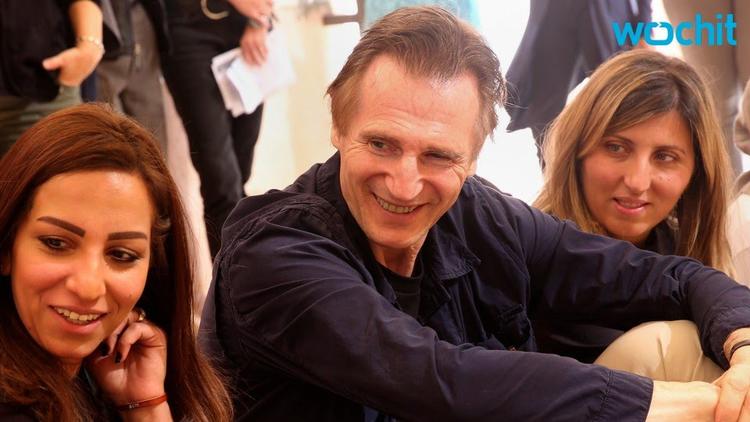 I recently visited Jordan as part of my work on political violence and youth radicalisation for the United Nations on Security Council Resolution 2250. Jordan borders Syria to its north, and although Jordanians display a remarkable sense of normalcy in their everyday lives, visitors cannot really escape the fact that there is a horrific war taking place just across the border. Caught between ISIS’ medieval savagery and the Syrian regime’s indiscriminate barrel bombings on one hand, and foreign airstrikes from Russian and Coalition forces on the other, beleaguered Syrians have been forced to flee in their droves.

These millions of ordinary Syrians have sought refuge from the violence at home in virtually every country in which it was possible to do so. Jordan alone, has taken in close to 1.6 million Syrian refugees. If you consider that Jordan’s population is merely 9.5 million people, and that they had already taken in waves of refugees from previous regional conflicts, including Iraqis, Kuwaitis, and Palestinians, then refugees make up an astoundingly high proportion of Jordan’s population. Jordan is not alone on picking up the burden: along with Turkey and Lebanon, Syria’s three immediate neighbours are struggling to cope with the almost 5 million Syrian refugees who have sought refuge there. The numbers are staggering enough, however, what surprised me even more than the sheer scale of migration, was the manner in which they’ve taken in these refugees.

I couldn’t help but contrast their extraordinary generosity in the face of what is a clear global human tragedy, with the shrill, hysterical voices we have heard in many parts of Europe and the United States, warning against a deluge of culturally alien migrants, of instating religious bans, or of reaching saturation point. To put limits on migration into perspective, if Britain or the US were to take in the same proportion of Syrian refugees as Jordan alone, Britain would need to accept around 11 million people, whereas the US would need to take in close to 54 million. So far Britain has taken in under 3,000, whereas the US has taken in 10,000. Numbers that Oxfam consider to fall far short of our fair share, and which then naturally place the burden on countries with fragile economies and weak infrastructures.

Moreover, consider the attitudes we have witnessed towards refugees within Europe and the US. The antipathy towards, and dehumanisation of these people, who have experienced horrific ordeals, and lost much, has been disgraceful. In the most egregious cases, refugees have been depicted as swarms of cockroaches, rats and other vermin, appallingly reminiscent of anti-semitic depictions of Jews prior to WWII.

The attitude towards refugees has also hardened, after the often spurious linkage to the threat of terrorism and violence, with concerns that groups like ISIS could potentially infiltrate the thousands of asylum seekers desperate to enter the West. And whilst there have been a small number of worrying cases, the chance of being killed in a terrorist attacked committed by refugees is one in 3.6 billion per year.[1] Consequently, it would be an immense tragedy to turn our backs on those in dire need of help as a simple kneejerk reaction to the politics of fear.

If an appeal to our common humanity is not enough to shift perceptions, then let me offer two additional points: one, the refugee crisis cannot be viewed or dealt with in isolation to other issues. It is no accident that most of the migrants appearing on European shores hail from conflict zones. Our conscious foreign policy choices abroad do not occur in a vacuum. Whether that involves illegal military intervention, such as the Iraq war that ultimately spawned ISIS; or indifference towards the legitimate political aspirations of others, such as the embryonic Arab spring which we viewed as inimical to our interest in that part of the world, preferring the relative stability of regional dictators who at least guaranteed cheap oil resources; or indeed imposing limits on aid and international development while continuing arms sales to pretty nasty regimes around the world.

These deliberate foreign policy choices have real world consequences, and in many cases, even blowback. If this is how we choose to behave in an increasingly interconnected and interdependent world, then let us have the courage to deal with their respective fallouts too.

Second, there is a pragmatic economic reason for welcoming migrants too. With declining birth-rates, increasing life expectancy, and ageing populations in the developed world, current economic models are no longer sustainable. As I write this from a bullet train in Tokyo, Japan’s demographic challenge is clear to see all around me – roughly a ¼ of Japan’s population is over the age of 65, and this figure is projected to increase to 40% by 2060. While Japan is certainly the most pressing example of a nation struggling to generate sufficient tax revenues from its shrinking working-age population, in order to take care of its ageing population, many others are not far behind. There is no escaping the fact that most of the developed world will have a real need for young working age migrants. Moreover, let us not forget the very real economic contribution migrants and their children currently make to their host countries.

Forced to leave with little more than the clothes on their back, migrants bring with them an immense sense of gratitude and loyalty towards their host country. Often having lost everything, they inevitably start over, inculcating their children with the value of education and success. They also bring with them a tremendous work ethic, often doing the jobs that locals would rather not – and moreover, doing them with a quiet dignity. On the other end of the spectrum, they can also be incredibly innovative and industrious, establishing not just small businesses, but once in a while, giants like Apple too. After all, it’s easy to forget that Steve jobs was just another son of a Syrian refugee to the US too.