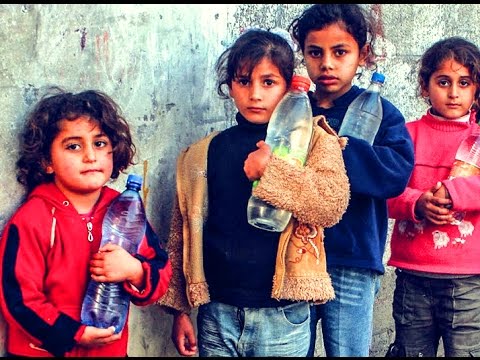 BETHLEHEM (Ma’an) — The World Bank denounced the worsening water crisis in the Gaza Strip, calling the situation in the besieged Palestinian enclave “alarming” on Wednesday.

In a statement released by the World Bank, senior water and sanitation specialist Adnan Ghosheh stated that only 10 percent of the population in Gaza had access to safe drinking water.

“So much water has been pumped out of the natural aquifer underneath Gaza since (the late 1990s that seawater has seeped in, making it too salty to drink,” Ghosheh said. “There are some 150 operators who provide some kind of desalinated water that has been filtered to make it acceptable for drinking and for cooking. It’s more expensive and not an improved source of water, according to our definitions of water clean enough to drink.”

Ghosheh went on to add that the quantities of freshwater brought into the blockaded Palestinian territory from Israel as per the 1993 Oslo Accords “falls far short” of the needs of the Gazan population.

The World Bank has been supporting plans by the Palestinian Water Authority to build a water desalination plant to address the scarcity of drinkable water.

However, many internationally funded infrastructure projects, including desalination and wastewater treatment initiatives, have been halted or significantly delayed due to the vastly insufficient electricity supplies in Gaza.

Ghosheh underlined that the Israeli government had recently approved the use of a dedicated power line to provide electricity to a wastewater treatment plant project led by the World Bank, three years after the request for the power line was first submitted.

The situation has been further worsened by damage inflicted to the existing water infrastructure during Israeli offensives on the coastal enclave, Ghosheh said.

The near decade-long Israeli blockade has plunged the Gaza Strip’s more than 1.8 million Palestinians into extreme poverty and some of the highest unemployment rates in the world.

Gaza’s infrastructure has yet to recover from the devastation of three Israeli offensives over the past six years. The slow and sometimes stagnant reconstruction of the besieged coastal enclave has only been worsened by the blockade

Ghosheh corroborated warnings by the United Nations that Gaza could become uninhabitable by 2020.

“If we start implementing the measures to secure the water supply and improve water management, the aquifer would clean and replenish itself,” he said. “But, if by the year 2020, those measures are not in place — if the 55 cubic meters of water a year from the desalination plant are not coming to replace the water being taken out, if the waste water plants are not built — we will basically have an irreversible process.”