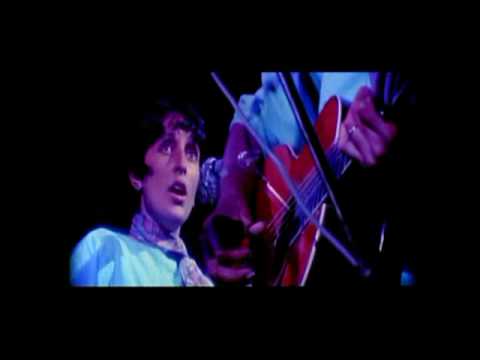 I have been asked on several occasions in the past couple of days about how we can possibly get through these next four years. I agree that it is an urgent question, and I disagree with the Pollyannas who maintain that everything will be all right. It clearly won’t be all right. The rights of millions of people will be injured. Racist gangs will target people of color because they think they have impunity. It is already happening. Critics could be targeted for dirty tricks. It isn’t hard for a government agent to sneak up behind someone at the airport and slip a bag of cocaine into their luggage. Nixon actually had an office of dirty tricks, and I expect most of the White House to be taken up with the vindictive and petty Trump’s such office. If you don’t know how Nixon did a number on rival Ed Muskie with the Canuck letter and allegations that his wife was a pill addict, look it up. Muskie could have defeated Nixon in debates and at the polls, if Nixon had played fair. Some people are incapable of playing fair.

So how can we get through all this? Do something. Organize! Individuals are weak. Organizations are strong. If you have the opportunity to join a union, do so. The decline of unionized workers, at which the corporations connived for decades, is a big part of our current problem. But nowadays we also have new forms of organization including crowdfunding, e.g. of political campaigns. The early 20th century labor organizer Joe Hill, castigated as a radical “wobbly” and ultimately framed by conservative officials for a murder he did not commit, then executed, inspired the famous song that Joan Baez song at Woodstock.

The song writer was wise, and any social scientist will tell you, was right. Organize!

We have a first past the post political system, which means that the winner takes all. That fact underpins our 2 party system. The only vehicle we have to oppose Trump on the national stage effectively is Democratic Party activism. Of course, that is at the level of the legislatures, e.g. Other kinds of organizing are also important. Here are some suggestions about what to do.

1. Speak out against the corporate media’s normalization of Trump. CNN, Fox, MSNBC, NBC, ABC and CBS are culpable in having given him billions of dollars of free air time. After the election the anchors suddenly started fawning on him. It isn’t all right to have an alt-Right president. Racism isn’t all right. Sexism isn’t all right. Religious bigotry isn’t all right. All those media have contact pages. Write them. Pressure them. Get up advertiser boycotts of the biggest ass-kissers. Organize pressure groups to make sure that Trump-inspired racist intimidation and violence is covered by the corporate media and not swept under the rug. Make sure that climate change is covered (it isn’t, presently). These are money-making enterprises. Hit them where it hurts. Threaten not to buy the products advertised on their shows unless they change their ways. This way of proceeding is contrary to liberals’ first instincts, since they believe in airing a variety of opinions. But some opinions are beyond the pale, and if we don’t draw a line in the sand here, white nationalism will become our reigning ideology and many of us will be jailed. There are some baby discourses that must be strangled in the crib.

2. Work toward a consumer boycott of corporations that gave money to Trump’s campaign or who support his presidency. Do some web searches to see which consumer companies have a history of belonging to ALEC and supporting right wing causes. Find ways of publicizing Trumpish leanings among them and embarrassing them.

3. Speak out! Everyone can now be an op ed writer. Social media is everywhere. Start a Facebook page, a Twitter account, a blog, and update it at least weekly. It doesn’t matter if you don’t get many hits at the beginning. If you are regular and keep at it, it may well grow. Try to develop a “beat”– cover something no one else is paying enough attention to, and show the ways Trump’s reign is harming the country. Corporate media will try to crowd out our voices and normalize Trump and Trumpism. Don’t let them invade our social media space.

4. Mobilize to ensure the Democrats take the Senate in 2018. That is a tough proposition, since only 8 Republicans are up for reelection, mostly in reliable red states, whereas 25 Democrats face a contest, and some of them may be in trouble, as in Missouri. But this configuration is a challenge, not an insuperable problem. It needs money and effort. Republicans often do better in the midterms because only a third of people vote, and they are disproportionately older and whiter and wealthier, as compared to presidential election years. But it doesn’t have to be that way. Let’s aim for a massive voter turnout in the 2018 midterms. For instance, Arizona could be trending blue, with a significant increase in the number of Latino voters and more importantly in the number of registered Latino voters. This trend could make Sen. Jeff Flake vulnerable in Arizona. Likewise, Latino voters are key to bluing Nevada and defeating Sen. Dean Heller. But it isn’t just Latinos. White workers and millennials and middle classes at risk from Trump’s policies are even more numerous. But youth in particular tend to stay home in off-year elections. They can’t afford to do that if they want health care and want a liveable planet. Despite gerrymandering, there isn’t actually any barrier to the Democrats taking the lower house, as well, in 2018, if enough people get of their duffs and devote resources to it and actually go out and vote. Walk your neighborhood. Donate to the progressive candidates. Mobilize.

5. Latino-Americans who worry about Trump and his policies toward them haven’t registered to vote should think seriously about a) registering and b) voting in 2018 and 2020. And, Democratic activists need to volunteer their time for voter registration drives in minority neighborhoods. Some 71% of registered Latino voters cast their ballots for Barack Obama in 2012. Only 65% voted for Hillary Clinton. While in crucial Florida Clinton actually did better with Latinos this time than Obama had in 2012, she lost Cuban-Americans compared with Obama and she didn’t pick up as many Puerto Ricans as she needed to in order to take Orlando. Trump couldn’t have won without Florida, so it matters.

6. Where you can vote for judges, mobilize to elect progressive ones who will strike down Trumpist legislation.

7. Take risks. If Trump follows through and tries to register Muslim-Americans, insist on being registered along with them. Muslim with a large “M” means a follower of Muhammad and someone who practices Muslim faith and law. But in the Qur’an, the Muslim scripture, “muslim” with a small “m” actually just means generic believer in God. Abraham was a “muslim,” it says, and even Jesus was. The small “m” “muslim” could even be understood as someone who accepts Reality as it is. So in this sense, everyone can be a “muslim.” The Federal government doesn’t have the right to Establish an official religion or tell us what to believe, by dint of the First Amendment. Let’s all be “muslims.” Let’s all register. If he tries to keep Muslims from entering the country, let’s tie up the bureaucracy by saying we are “muslim.”

The Republican Party will expect the scattered protests to die out. They and their corporate backers will expect people to go back to being couch potatoes and letting the grown ups run the government. They will expect us to be silent when goons beat up Latinos or African-Americans or Muslims or liberals. Only sustained activism and organizing and effective steps to change the balance of power in Washington and in the statehouses can actually challenge Trumpism.