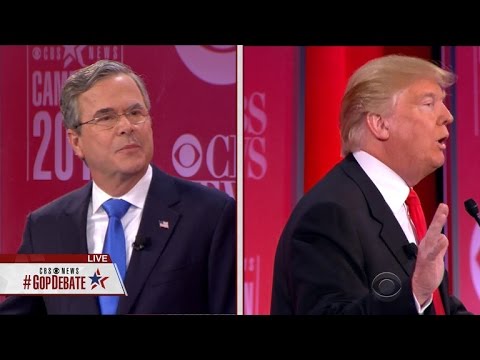 Mr. Donald Trump’s electoral victory has created shockwaves worldwide. It was as unexpected as it was unwelcome to many peoples, particularly in the Middle East. Most people in the region appear to be at a loss. Political commentators and pundits are projecting a series of hard foreign policy realignments in global politics under President-elect Donald Trump. The consequences are predicted to be negative, needless to say, primarily for the Middle East region.

At a general level, the big areas of change may include a new chapter in America’s relations with Russia, a traditional foe since the end of the Second World War. The Russian President Vladimir Putin was the first foreign dignitary to congratulate Mr. Donald Trump, with the news that the Russian parliament (Duma) broke into thunderous applause upon news that Hillary Clinton conceded defeat. A new “reset the button” initiative in Moscow–Washington relations, which President Obama tried but did fail to make progress, may initiate a window of change in U.S.–Russia bilateral relations, though realities might prove otherwise. Mr. Trump’s attack on the NATO members, whom he called free-riders, and his stern warnings to the alliance members to shoulder the financial burden with America may force some fundamental changes in America’s relations with NATO. In case of a Russian attack, he warned the NATO members, they may be on their own to defend themselves.

China, the rising economic giant that surpassed the U.S. economy in terms of purchasing power parity back in 2014, needs to be contained economically by stopping outsourcing jobs, so goes Mr. Trump. Beijing’s claim of sovereignty over the South China Sea sounds unpalatable and is completely unacceptable. Japan and South Korea may be endorsed as new nuclear proliferators to defend them against North Korea. An uncertain future, so to speak, awaits the U.S. foreign policy under the new 45th president.

The degree of uncertainty is higher and perhaps more alarming for the Middle East region. President Trump rejects almost everything accomplished by his predecessor President Barack Obama. He has railed against the Iran nuclear deal and threatened to revoke it after his successful race to the White House. More negative are his attitudes towards and stand on the Palestine–Israel conflict. Avowedly, he is against a two-state solution, firmly committed to settlement expansion and would never accept a Palestinian state. There may be a U-turn on Syria, which is more likely to come as a byproduct of Mr. Trump’s rapprochement with President Putin. What it means is that President Bashar Al-Assad would continue as the Syrian president and America’s support for the so-called moderate rebel groups would end – a political act Washington’s traditional Arab allies in the Persian Gulf would bemoan.

But how feasible are the new president’s predicted new foreign policy pursuits in the Middle East? For one thing to be sure, the Republican presidents are known for their muscular foreign policy approaches. President Ronald Reagan was known for branding the Soviet Union an “evil empire”. President George W. Bush, in the wake of the 9/11 attacks, declared a global “war on terror” and plunged his own country and the whole world into unforeseen crises, including the 2008 Global Recession. President Obama, a Democrat, tried to unsuccessfully disentangle himself from the muscular tradition by promoting the so-called “diplomacy first, war last” approach, what the press has labelled “the Obama doctrine” but war has haunted his administration equally. President-elect Donald Trump’s electoral rhetoric has added a new spurt to the age-old Republican style of foreign policy but his approach is fraught with more dangers, and promises the least success.

Take the issue of the Iran – U.S. nuclear deal that enjoys broad support and approval of the international community. Iran and the P5+1 group of states clinched the deal in July 2015 after lengthy and arduous diplomatic negotiations. Duly was it approved by the UN Security Council, the U.S. Senate as well as the Iranian Majles (parliament). In other words, a strong degree of international legitimacy is tied to the deal. President Trump can scrap the deal but he runs the risk of violating international legitimacy of the deal and losing America’s credibility for future international agreements. Zeroing in on international distrust would act as a powerful disincentive for the Trump administration.

It is also questionable whether the new president can intimidate the Iranians to renegotiate the nuclear deal. President Bush threatened Iran with punishments (read military attacks) on different occasions after the invasion of Iraq in March 2003 but the Iranians did not bend. Former President Mahmoud Ahmadinejad rather opted for a confrontational approach to the U.S., at a great economic cost though. He pursued the nuclear program by defying the West, continuously enriching uranium and threatening to cross the nuclear threshold. It is hard to believe that a new policy of threats and intimidations would work to force Iran to fall in line now. Iran in 2016 is much stronger than it was in 2003 or 2005; its military might is now directly felt in Iraq and Syria while its ally Hezbollah remains a strong bulwark against Israeli or any other regional power’s military prowess in the Levant. Gone are the days of military intimidations against Iran. And there is hardly any guarantee for new economic sanctions against the Iranian people. America’s European partners as well as China and Russia, who stand to reap benefits from post-sanction Iranian economy, would hardly find any reason to revert to yesteryear’s sanction talks and impositions.

Likewise, President Trump’s policy stance on the Palestine–Israeli conflict represents more a rhetorical change than an actual change in substance. Successive U.S. administrations since at least President John F. Kennedy have stood by Israeli policies towards the Palestinians overtly and covertly. No U.S. administration has ever attempted to poke into Israeli eyes with the threats of economic sanctions to force the Israeli leaders to negotiate with the Palestinians in good faith. Of course, there were mediation efforts by the Obama and other administration while Israel continued to build illegal settlements on Palestinian lands, evict Palestinians from their homes or damage the farms of Palestinian farmers. Frustrations with Israeli leaders prompted one U.S. official to call Prime Minister Netanyahu a “chicken shit” but that did not change his Palestine policy. What other administrations have done indirectly, President Trump is promising to do that
directly, though his stance may change at the end. This is because his un-retouched approach openly compromises American values, holds the potential to lose the support of European allies and make America much uglier to the outside world. Israel, in any case, stands to benefit more from his approach and at the same time it is likely to unleash more violence in the region.

President Trump, according to predictions by some analysts, may try to float a “Sunni triangle” consisting of Egypt, Saudi Arabia and Turkey to confront Iran. It smacks off the old Faustian bargain to create a divisive balance of power in the Middle East to the detriment of regional interests. The question is why Ankara, Cairo and Riyadh let them play into the hands of a president who promotes Islamophobia globally, not to speak of the internal differences between Egypt and Turkey following the overthrow of President Mohammad Morsi, between Egypt and Saudi Arabia over the former’s vote for a Russian-drafted Security Council resolution on Syria, and between Saudi Arabia and Turkey concerning the dispute over Muslim Brotherhood factor. Turkey is also closely aligned with Iran on the economic terrain (Turkey’s large imports of oil and gas from Iran) and is moving closer to Russia after the July 15 coup against President Erdogan. Iran – Russia alliance has solidified on the Syrian issue, on the other hand, albeit their alliance relationship is not immune from tensions. The Russia factor will chiefly weigh in any such new political and military alignments in the Middle East. What sounds more likely is that U.S.–Russian cooperation to fight and eliminate the Islamic State may dramatically improve. That may neutralize President Trump’s open hostility towards Iran to some extent, as Iran is a recognized part of the military campaign against the ISIS.

President Trump’s rhetoric concerning the Middle East should not be thrown into the air either. His Middle East approach, as and when it takes shape, is subject to multiple constraints originating from the post-2003 Middle East. One thing is definitely sure that he would have no free hand to shape developments in the Middle East at will.