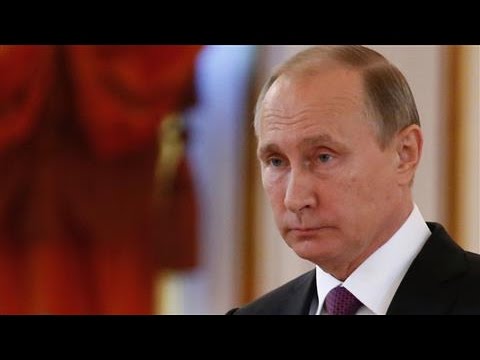 The Russian op-ed writers are intrigued with Donald Trump, who has spoken of improving relations between the US and the Russian Federation. But they want to know what the bottom line will be, given his equally strong tough guy bluster.

An editorial in the Russian Gazeta.ru from Nov. 15 pointed out that what Moscow hopes for from a pro-Russian US president is the recognition that Crimea is Russian, and an end to the sanctions placed on Russia after its unilateral annexation of that territory from the Ukraine.

The editorial, according to BBC monitoring, warns,

“But it is hardly likely that Trump, who criticised Obama as a “weakling” compared with Putin, will himself want to be known as a “weakling,” having made unilateral concessions to Russia.”

That is, the Russian observer is as confused by Trump’s unpredictability as everyone else. Does Trump want to play hard ball with Putin? Or does he want to work together with Moscow?

The editorialist also claims that Russian elites pushed for Brexit, for the exit of Britain from the European Union, and also have funded the campaign of far right French nationalist Marine Le Pen. These tactics, the writer said, aim at weakening the European Union. But the writer wonders aloud why anyone would think that a weaker, divided EU would be better for Russia. The EU is Russia’s largest trading parter

He adds, “If in France Marine Le Pen . . . [becomes] president, attempts at the further division of Europe and the chances of a lifting of the European sanctions may be expected.” But he clearly does not approve.

Leonid Radzikhovsky writes in an editorial for Rossiyskaya Gazeta on 15 November, according to BBC Monitoring, that a “Washington is ours” euphoria has washed over Moscow. He is skeptical of that idea but admits that the election results were “a definite psychological victory for the Kremlin.”

He denies that Russia hacked the US elections.

Radzikhovsky argues that Russian President Vladimir Putin has become a classic conservative, in favor of “Euro-scepticism” and “traditional values.” But in any case, he concludes that the purpose of a good foreign policy is for a government to achieve is domestic policy goals, and he is hopeful that a US-Russia thaw will help Putin in that regard.