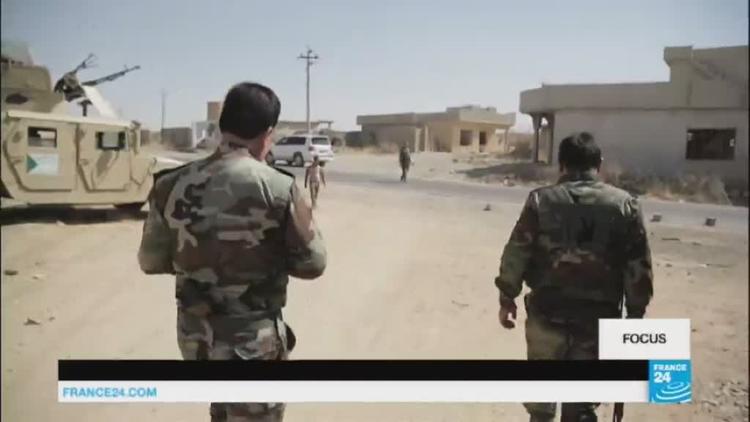 Several Sunni Muslim families were forced out of their mainly Shiite Muslim neighbourhood in Baghdad recently. Locals fear the creeping return of sectarian tensions, as street by street changes.

Earlier this month, the head of the Baghdad provincial council’s security committee, Mohammed al-Rubaie, announced that some Sunni Muslim locals in the mainly Shiite south-eastern district of Zafaraniyah had been forcibly removed from the area.

Five families had been forced to leave, al-Rubaie said, by gangs claiming they were representing influential locals. The security committee contacted the Baghdad Operations Command, the military unit dedicated to the capital’s security, at the time but the security staff said there was no way to control blackmailers like this.

Now al-Rubaie says he is worried that Baghdad is about to see a return of the kind of sectarian violence that used to plague the city, between 2006 and 2008, when Sunni and Shiite Muslims turned on one another and bodies were often found on the streets. Al-Rubaie, a Shiite Muslim politicians, is concerned that, given the tensions caused by the security crisis sparked the extremist Islamic State group, that Zafaraniyah is just the first.

This is exactly how earlier forced displacements happened, when sectarian death squads roamed the streets and whole neighbourhoods became known as either unsafe for Sunnis or Shiites.

At the end of September, a group of Sunni Muslim politicians asked the Iraqi Prime Minister Haider al-Abadi to ensure the return of displaced locals, to their homes. They warned that demographic change was being wrought on Baghdad again, and especially in the city’s belt.

The Iraqi government has pledged to prevent these kinds of problems and bring security to Baghdad. But locals in Zafaraniyah know full well that those who were forced out of their neighbourhood are highly unlikely to ever return.

“We all know that the problem lies with certain powerful people, who are using their influence and wealth to do whatever they want in this neighbourhood,” says Hamza Ali, a Zafaraniyah local. He suspects that the acts are not motivated by any kind of sectarian hatred. In fact, he thinks the criminal acts in his area are due to a lust for the real estate that those families who are forced out, leave behind.

“None of those people who were forced out will return,” Ali adds. “They were all harassed a lot before they left.”

Those who are forced out of their homes are often accused of being allied to the extremist Islamic state, or IS, group, which says it roots its own brutal ideology in Sunni Islam. The Shiite Muslim volunteer militia known as Harakat al-Nujaba says that the IS group has sleeper cells in Zafaraniyah who plan to carry out terrorist operation. For this reason, the militia, which has clashed with official Iraqi security forces in this neighbourhood before, says it can react to these potential criminals without seeking prior approval from anyone.

Locals in the neighbourhood worry about this because this is exactly how earlier forced displacements happened in Baghdad. Back in the period that might best be described as resembling a sectarian civil war, suspects were accused of having ties to another Sunni Muslim extremist organization, Al Qaeda, the forerunner to the IS group. “Sectarian death squads” roamed the streets and whole neighbourhoods in Baghdad became known as either unsafe for Sunnis or Shiites.

The same kind of sectarian displacement is also happening on the outskirts of Baghdad. Many of the families displaced during the security crisis, who lived in those outlying areas, have not been allowed to return home.

“There are dozens of families from Yusufiyah and Latifiyah, as well as other nearby areas, who are still not being allowed to return home,” complains Ahmad al-Ghariri, from the local authorities in Yusufiyah, a village just southwest of Baghdad. “That is despite the fact that the areas have been freed of the IS group.”

“It is the Iraqi government’s duty to help these people return,” al-Ghariri says.

France 24 from last month on the anti-ISIL coalition: ” Iraqi coalition comes together to fight IS group in Mosul, but can unity last?”