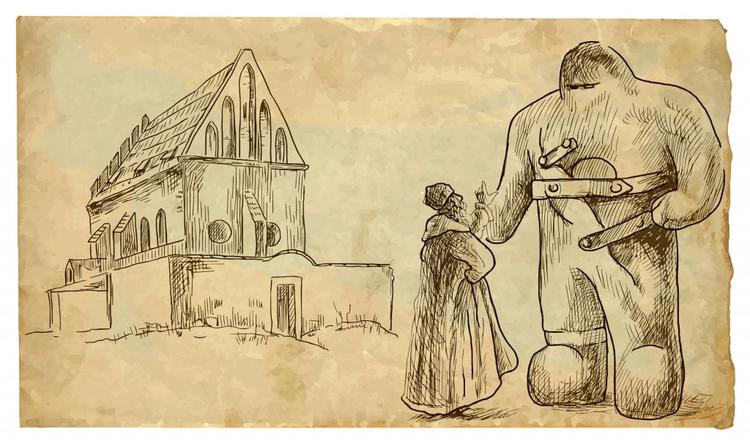 A year ago, as U.S citizens of both political parties were developing a fascination with Donald Trump, no pundits came forth with a mythic or religious way to understand Trump’s appeal or his ability to strongly repel those not attracted to him. As I teach college courses on the intersection of religion and politics, I was hoping that someone quicker and wiser than I am would come forward to situate the Donald in the world of archetypes, and remove him—if only briefly—from the world of stereotypes.

I very much wanted to share my colleagues’ insights about the presumptive Republican candidate with my undergraduates, but found no wisdom on the topic in the rank of the academic study of religion and myth. While I waited for a messiah of punditry to speak (or publish), I found myself reaching for stories from scripture or mythology, but found no perfect fit. (Little did I know that within a few months some Evangelical pastors would find affirming things to say about Trump’s biblical role models: King David and Samson were often mentioned, though I heard little mention of Bathsheba or Delilah.) 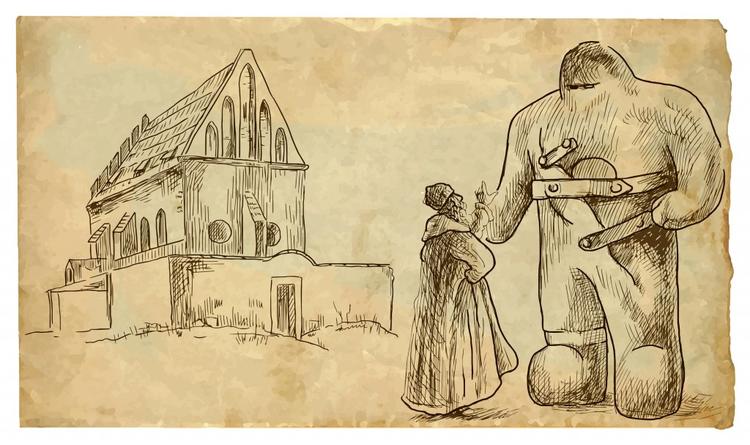 Veteran NY Times writer George Vecsey came through with a compelling image when he wrote in the late summer of 2015: “Make no mistake about it, the Republicans have made this an easier world for Donald Trump to spread his foolishness. For over six years they have run a campaign of ignorance and malice and, yes, prejudice about the twice-elected President. McConnell and Boehner and Graham have questioned Obama’s motives, his actions, and, with their silence, even his birthplace in Hawaii. I think it is because they cannot handle having a moral and educated man of African and American descent, as the smartest man in their room. Their behavior has created a monster. Donald Trump is their Golem.”

One of our Canadian cousins echoed his sentiments. In September 2015, Neil Macdonald, Senior correspondent for the Canadian Broadcasting News, offered CBC News readers what I consider the most apt archetype for Trump—the Golem.

According to Merriam-Webster, the dictionary definition of “golem” is:

Associated in Jewish folklore with the the city of Prague, the Golem was a creature created to protect the Jewish community from harm. The Golem was created, or rather, animated from a large lump of clay that lay inert in the rabbi’s attic study. The rabbi wrote the divine secret name of God on the Golem’s forehead; then the creature sprang to life. To stop the Golem from running amok the rabbi had to catch and subdue the creature and erase the magic name from its forehead. But as the Golem grew more powerful, his creator, the wonder-working rabbi of the city, could no longer control him. The Golem ran amok, harming the very people he was created to protect, along with anyone else who got in his way.

As Neil Macdonald so perceptively noted: “Like the Golem of Chelm, the animated clay creature in Jewish folklore that grew uncontrollable and threatened the entire universe, Trump seems to gather power with every TV appearance and every crackpot speech. And like the Golem, he now threatens to crush his creator if any attempt is made to remove the magic, animating letters from his forehead. In the Golem’s case, it was a holy name; in Trump’s, it’s a white baseball cap proclaiming ‘Make America Great Again.’”

Soon after that CBC article, a few U.S. journalists, primarily those veterans of an era of journalism in which the cultural references were richer and more varied than they are today, started using the “Trump as Golem” meme.

Over the past year “Trump as Golem” has finally caught on.

Last month The Huffington Post’s Jeffrey Young excoriated the Republican leadership for allowing Trump to win the nomination. “You have,” he told a long list of Republican notables, “lost control of the golem you created.”

And last week, just before the election, Trump as Golem and his “make America Great Again” baseball cap have surfaced in the unlikeliest of places—Berlin’s Jewish Museum. In an exhibit dedicated to the history of the Golem in art and mythology, the museum chose to include a Trump cap in the exhibit. The cap, with the rest of exhibit, will be at the museum for a few weeks into the first 100 days of the next Washington administration.

Reprinted from Patheos.com with author’s permission.