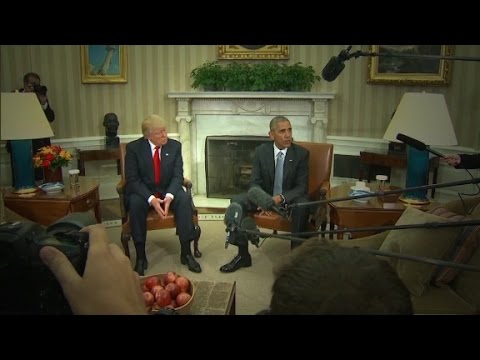 The election of Trump will give second wind to autocrats in the region as well as create space for the growth of Russian influence.

The presidency of Donald Trump, symptomatic of a deep crisis in the liberal capitalist order, can spell wide ranging structural changes in Middle East international relations, changes that will serve to embolden and strengthen the hands of autocrats, from Sisi in Egypt to Assad in Syria.

Even though Trump remains a wild card, his campaign as well as his cabinet choices to date offer a glimpse on the direction of the policies he intends to follow in the Middle East.

The Trump campaign revolved around the notion that America had become international laughing stock because it had been taken advantage of by its allies. Trump struck more of an isolationist tone arguing for the need for American allies to do more. He has also oscillated to more extreme and militaristic positions, which reflect a more aggressive stance; he stated, for example, that he would use torture, even if proven ineffective, resort to massive bombing campaigns against IS as well as expand Guantanamo bay prison.

Trump has also shown a willingness to cooperate with Russia, the new rising power, in the war against IS.

In examining Trump’s first picks for secretary of state, one gets an understanding of the type of policy he intends to follow in the Middle East. His picks include John Bolton, a leading neo-conservative hawk, and Newt Gingrich, an ex-neo conservative yet still considered on the far right of the American political spectrum. More recently, Trump also met Mitt Romney in what appeared to be a preliminary meeting for Romney to become the new secretary of state.

These choices are indicative of the type of foreign policy that Trump intends to follow with regards to the Middle East. Bolton, previously the American ambassador to the United Nations, was one of the primary supporters of the war on Iraq, and has recently decried the US’ lost “opportunities” to destroy Iranian nuclear capabilities.

Trump will follow a policy that focuses on combating IS, aggressively containing Iran, while cooperating with both the Arab autocrats and Putin.

Gingrich was an early supporter of the war on Iraq, having helped plan the invasion, but then becoming critical of the war as it dragged on; however, he was quoted saying “Andrew Jackson had a pretty clear idea about America’s enemies. Kill them”, showing the degree to which he is willing to use force rather than diplomacy to resolve international disputes. He was also critical of the Iran nuclear deal, claiming “a nuclear deal will be the regime’s greatest victory over America”. Finally, Romney is also openly critical of the Iran nuclear deal, calling it in an op-ed written for the Wall Street Journal, a “calamity”.

Based on his choices, one can conclude that Trump will follow a policy that focuses on combating IS, aggressively containing Iran, while cooperating with both the Arab autocrats and Putin, allowing the former to cement their hold on power and the latter to expand his sphere of influence in the Middle East.

This trend was reflected most clearly in the case of Egypt, when Sisi met president-elect Trump on his trip to the UN in New York. During the meeting, Trump heaped praise on Sisi as a capable leader, promising American support for his “war on terror”. He stated that America would be a friend, not just an ally to Egypt.

Sisi was also promised an official invitation to visit the White House, an invitation that was denied by Obama, a snub to an old ally at the time when the Egyptian regime was seeking international recognition after the coup that brought it to power.

Unlike Clinton, who also met Sisi during the same visit, there was no mention of repression or the need to revive civil society. This praise was reciprocated by Sisi, who stated in an interview with CNN that he believed that Trump would be a strong leader, in essence, giving implicit endorsement.

However, Sisi was not only praised by Trump, he was also highly praised by other leaders in the Republican party, such as Jeb Bush and Ted Cruz, indicative of the ideological affinity between the American right and the Sisi regime.

Thus, one can expect a warming of relations between Egypt and the United States, as any concerns over repression, which the Obama administration might have had, will be replaced by support for these same practices as a way of combating “terrorism”.

Moreover, closer relations between Trump and Putin might facilitate a closer relationship between Egypt and Russia, as Egypt searches for reliable international allies, especially after relations with Saudi Arabia recently soured. This might increase Russian influence over the largest Arab country and military, giving more credence to its claim of being a global player.

Even though Trump is expected to pursue the war against IS, he is more likely to work closely with Russia to support the campaign against broader Assad opponents, which the United States had not targeted before, like Ahrar El Sham, a Salafist group that is not linked to Al Qaeda.

Any hope for the Syrian opposition to receive additional military aid, most notably MANPADs, that are essential in confronting Assad’s domination of the sky, a position held by Clinton, have been irrevocably dashed.

Trump’s electoral triumph has tilted the tide of the civil war strongly in favor of Assad; it has increased Russian influence over Syria, allowing it to dictate the shape of future transitions, ensuring the survival of Assad at the head of this transition. The current onslaught on Aleppo is a case in point, as the Syrian regime and its Russian ally take advantage of Trump’s win to drive opposition out from the city.

Finally, is the position that Trump is likely to take on Iran and how this will affect relations with Saudi Arabia. Even though Trump has demanded that Saudi Arabia financially  contribute more to American military expenses in the region – since the United States offers it protection –  their positions are likely to be similar in relation to Iran, which can lead to considerably stronger ties.

Trump has voiced opposition to the Iran nuclear deal and has shown some signs that he is willing to cancel the deal, which would mean a return to old tensions between the United States and Iran. This would bring the United States and Saudi Arabia closer together in the face of their old regional foe, and will strengthen the position of the Kingdom, which has been steadily losing ground to Iran, especially in Syria and Yemen.

The appointment of John Bolton, Newt Gingrich, or Romney as secretary of state, all prominent opponents of the Iran nuclear deal, provides an indication that Trump is most likely to follow an aggressive policy of containment.

Expected American policy will create the space for the growth of Russian influence in the region.

This will also act to remove tension with Israel, which was strongly opposed to the Iran nuclear deal. Indeed, Trump’s desires to have closer ties to Israel manifested themselves in his promise to move the American embassy from Tel Aviv to Jerusalem, ignoring the massive blow that this would serve to the peace process, the two state solution, and possible Palestinian popular resistance to such a move.

Thus, the election of Trump will give second wind to autocrats in the region, not only due to ideological affinity, which Trump’s right wing populism provides, but also due to a recalibration of American policy, which will focus on maintaining the current status quo, while aggressively containing Iran.

Expected American policy will also create the space for the growth of Russian influence in the region, more specifically in Syria and Egypt, as the United States takes a more accommodating approach to Russia, which will fill the vacuum left by American disengagement from the region.