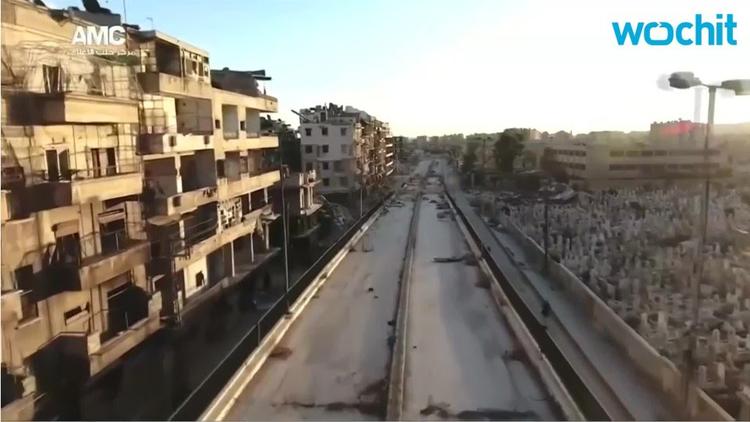 In the wake of the election of Donald Trump, the regime of Bashar al-Assad and its Russian backer have thrown caution to the wind. No less than the Republican Congress, Damascus and Moscow know that Barack Obama is a lame duck. Understanding that Trump campaigned on giving Syria to Russia and preferring the continuation of the al-Assad regime to the possibility of a radical fundamentalist government, Putin and al-Assad have decided to simply finish off the rebels in the East Aleppo pocket.

Two Wednesdays ago the Syrian and Russian air forces broke a weeks-long aerial ceasefire negotiated by Secretary of State John Kerry and Russian foreign minister Sergey Lavrov. Since then, they’ve been hitting East Aleppo civilian neighborhoods, and the front lines of the rebel guerrillas, with intensive bombardment reminiscent of World War II tactics, or of the tactics used by Vladimir Putin against Chechnya in 2002. At least two hundred innocent civilians have been killed in the week and a half of bombing.

In the East Aleppo pocket, some 250,000 civilians are trapped by about 4,000 rebel fighters, about a quarter of them members of the Syrian al-Qaeda affiliate and the others a mixture of remnants of the Free Syrian Army and Muslim Brotherhood militias, such as the CIA-vetted Levant Front. West Aleppo, the traditionally nicer part of the city, has a population of closer to a million, and has all along been under regime control.

Middle East Online reports that the Syrian army has announced that on Saturday it established control over an important district of East Aleppo, Hanano, after fierce battles. The rebel forces admitted that intensive bombardment from the air, fierce land battles and high rebel casualties, along with the lack of hospitals had together caused their front to collapse. Hanano has been largely empty of people for months, but some 150 were allowed to leave Saturday by government forces.

The Syrian Arab Army launched both land and air campaigns on the eastern stretches of the city, in an attempt to cut East Aleppo in two.

If the al-Assad regime proves able to establish control over all of Aleppo, it would be an enormous victory for al-Assad after 6 and a half years of war.

The Syrian army communique said that on taking Hanano, units immediately began sweeping for mines and booby traps set up by the rebel fighters. Hanano had been the first part of Aleppo to fall to the rebels in 2012.

A year ago, the situation was reversed, and the rebels managed for several weeks to cut off West Aleppo from resupply, creating a looming humanitarian disaster. West Aleppo has all along been targeted by the rebels with indiscriminate mortar fire. At that time there were no anguished headlines in the West. As it happened, the Russian intervention broke the siege, which was barely reported in the US news media.

Now it is East Aleppo that is surrounded and being starved out.

Moreover, it is being intensively bombarded by regime and Russian aircraft, with an attempt to break the pocket psychologically by targeting civilians and civilian institutions such as hospitals. It is a charnel house. When you string together war crimes one after another, eventually you fall to a whole new level of demonic, that of crimes against humanity. That is surely what the assault on the East Aleppo pocket is. Nor are the rebel guerillas innocent in all this. They appear to be attempting to prevent civilians from leaving, and shooting some of those who try.

The East Aleppo rebels have made several attempts to break the siege on them without success, one of them recent. Rumors are flying that if East Aleppo falls, the al-Assad regime may announce that it has won the war. Certainly, it would then have all the major urban areas.

The Al-Assad regime has revealed itself to be capable of extreme brutaility in order toe stay in power. It now knows that it has a friend in the next White House, and that knowledge appears to have impelled it to go all out to make substantial gains even before the election.