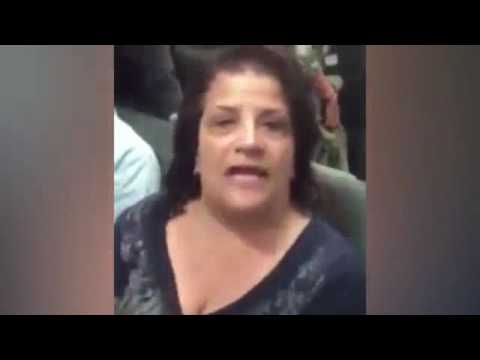 Aramaic was the language spoken by Jesus. Although the New Testament survives in koine Greek, likely it had an Aramaic substrate. The Gospels make clear that Jesus spoke Aramaic by occasionally quoting his original words in that language. Jesus says to the little girl he heals, “Talitha qumi,” little girl get up (Mk 5:41). On the cross he says, “Eli, Eli lema sabachthani,” my God, my God, why have you forsaken me? (Matt. 27:46).

Between 600 BC and about 1000 CE [AD], the dominant spoken language in the Levant and the Fertile Crescent was Aramaic. Sometimes it is called Syriac or Chaldean. In some of this 1600-year period (sort of the span of time from the sack of Rome in 410 to our own day) sometimes Greek, and later Arabic, served as administrative and literary languages, but probably most people in what is now Syria, Iraq, Jordan, Lebanon and Syria-Palestine, even parts of Iran, spoke Aramaic for daily uses.

So after Trump’s electoral victory, an Assyrian Christian woman named Ivet Lolham was riding the BART commuter train in the Bay Area and she called her father and spoke to him in Aramaic, requesting him to pick her up from the station.

She alleges that she started being verbally abused by another passenger, who termed her a terrorist and told her: “I think you are an ugly, mean, evil little pig who might get deported and I pray that you do.”

Lolham recorded the scene on her cell phone and warned the woman it would be put on YouTube. The abusive passenger replied undeterred, “This woman is a stalker from the Middle East. She’s a Middle Eastern terrorist, she’s terrorizing citizens like me and she will probably get deported.”

In northwestern Iran around Lake Urumiya in Azerbaijani province, there are about 55,000 Chaldean and Nestorian Christians who speak Aramaic. Iran also has a small Jewish community, some members of which speak Aramaic.

So this is where Trump’s foreigner-hating America has ended up: speaking the language of Jesus in public is now equated to terrorism.