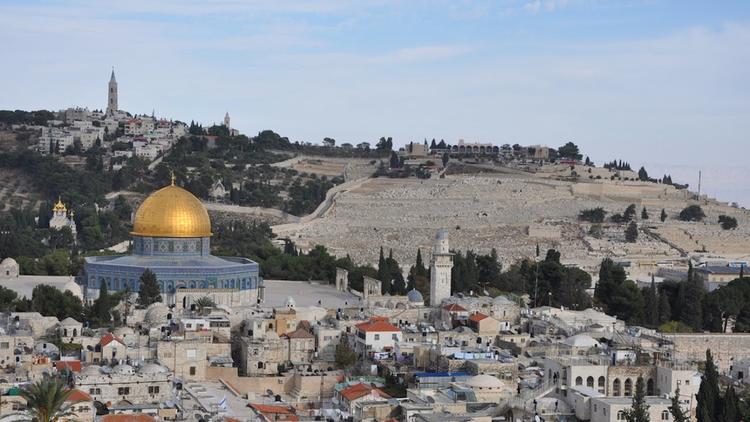 BETHLEHEM (Ma’an) — Following up on a campaign pledge from US President-elect Donald Trump to move the American embassy in Israel to Jerusalem, Trump’s senior adviser Kellyanne Conway reiterated on Monday that the move would be a “very big priority” for the Trump administration.

“That is very big priority for this president-elect, Donald Trump,” Conway told radio host Hugh Hewitt in an interview that was widely reported on Israeli news sites. “He made it very clear during the campaign, and as president-elect, I’ve heard him repeat it several times privately, if not publicly.”

“It is something that our friend Israel, a great friend in the Middle East, would appreciate and something that a lot of Jewish-Americans have expressed their preference for,” Conway went on to say. “It is a great move. It is an easy move to do based on how much he talked about that in the debates and in the soundbites.”

If implemented, the controversial move would give legitimacy to Israel’s illegal occupation of East Jerusalem since 1967, disregard Palestinian claims to the city, and terminate a longstanding White House policy to perpetually defer a 1995 Congressional decision to recognize Jerusalem as the Israeli capital and move the embassy there.

Earlier this month, US President Barack Obama renewed a presidential waiver that again delayed plans to relocate the embassy for another six months, citing “national security interests,” as every US president has done since Bill Clinton.

While many countries have consulates in Jerusalem that cater to citizens residing in the occupied Palestinian territory, the majority of embassies to Israel are located in the Tel Aviv area.

Last month, in response to Trump’s initial comments on the issue, Palestinian ambassador to the United Nations Riyad Mansour threatened to “make life miserable” for the United States at the United Nations if the embassy was moved, pointing out that such a decision would represent a violation of UN General Assembly Resolution 181 regarding the status of Jerusalem, and constitute “belligerency” towards Palestinians.

“If the US administration wants to defy international law they are doing something illegal. I hope they will do nothing,” Mansour said. “Many candidates gave the same election promise but didn’t implement it because what you do when you are campaigning is one thing but when you have to deal with the legal thing it is something else.”

Both Bill Clinton and George W. Bush made similar promises to move the embassy during their presidential campaigns, but once in office they signed the waiver required to avoid following through with the move.

“If they do that nobody should blame us for unleashing all of the weapons that we have in the UN to defend ourselves, and we have a lot of weapons in the UN,” Mansour added.

He stated that the Palestinian Authority (PA) could force the US to use its veto in a Security Council over the PA’s admission as a member state, or “reopen the whole Pandora’s Box” with regards to International Criminal Court rulings regarding Israel’s illegal settlements and separation wall in the occupied Palestinian territory.

The fate of Jerusalem has been a focal point of the Israeli-Palestinian conflict for decades, with numerous tensions arising over Israeli threats regarding the status of non-Jewish religious sites in the city, and the “Judaization” of East Jerusalem through settlement construction and mass demolitions of Palestinian homes.

The Real News: ” Wilkerson: If Trump Moves U.S. Embassy to Jerusalem, War Against Iran Could Come Next”