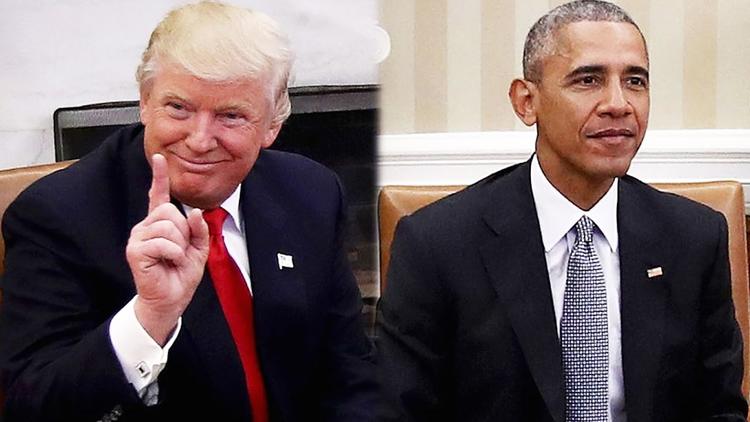 “People have felt a call to arms. We need to be outspoken,” said Adam Campbell, a researcher at Ross Ice Shelf of Antarctica.

High on the list of threats posed by U.S. President-elect Donald Trump have to do with his outright denial of climate change. In the wake of his election, scientists from all over the country and of different backgrounds have mobilized to “defend science.” And in the weeks before Trump’s inauguration, many are fervently copying U.S. climate data onto other servers out of fear of it will be permanently disappeared under his administration.

The frenetic efforts include a “guerilla archiving” event in Toronto that will see experts congregate to copy irreplaceable public data, gatherings at the University of Pennsylvania that will focus on copying federal data and the setting up of an online database for storing reams of valuable, vulnerable information, the Washington Post reported.

“Something that seemed a little paranoid to me before all of a sudden seems potentially realistic, or at least something you’d want to hedge against,” said Nick Santos, an environmental researcher at the University of California at Davis, who is a part of the movement, told the Washington Post. “Doing this can only be a good thing. Hopefully they leave everything in place. But if not, we’re planning for that.”

Michael Halpern, deputy director of the Center for Science and Democracy at the advocacy group Union of Concerned Scientists, argued that Trump’s cadre includes a “band of climate conspiracy theorists.”

“They have been salivating at the possibility of dismantling federal climate research programs for years. It’s not unreasonable to think they would want to take down the very data that they dispute,” Halpern told the outlet.

“There is a fine line between being paranoid and being prepared, and scientists are doing their best to be prepared … Scientists are right to preserve data and archive websites before those who want to dismantle federal climate change research programs storm the castle.”

One law group that works on the frontlines of defending researchers that face lawsuits for their work on climate change has stockpiled copies of its “Handling Political Harassment and Legal Intimidation: A Pocket Guide for Scientists.”

“We literally thought about it the day after the election,” said Lauren Kurtz, the Climate Science Legal Defense Fund’s executive director. “I have gotten a lot of calls from scientists who are really concerned … So it’s intended in some ways to be reassuring, to say, ‘There is a game plan; we’re here to help you.’”

Indeed, there is a concerted effort to band together to preserve the volumes of data. When meteorologist and self-proclaimed “climate hawk” Eric Holthaus tweeted one evening, “What are the most important .gov climate assets?” he was swarmed with responses. Scientists added links to government databases to a Google spreadsheet, investors said they would fund efforts to copy the data and lawyers offered pro bono legal help.

The preservation of data isn’t the only way scientists are preparing for an incoming Trump presidency.

Soon after his Nov. 8 victory, 11,000 women scientists came together to pledge that they would commit “to build a more inclusive society and scientific enterprise.”

Another contingent of more than 800 Earth scientists, organized together by Geoffrey Supran, a climate scientist at Harvard University and the Massachusetts Institute of Technology, sent a letter to Trump on climate policy.

Scientists, help us: What would you back up next?https://t.co/URMLRV4d2y

An additional open letter sent to Trump organized by the Union of Concerned Scientists and signed by 2,300 scientists — including 22 Nobel prize winners — urged for “a strong and open culture of science” in the executive branch of government.

Some scientists have also taken their protests to the streets. On Monday, researchers gathered for a meeting of American Geophysical Union in San Francisco, where they held a rally and chanted, “Ice has no agenda — it just melts!”

“People have felt a call to arms,” Adam Campbell, a researcher at Ross Ice Shelf of Antarctica said. “We need to be outspoken.”

The Young Turks: “Why Is Trump Making A List Of Certain Government Employees?”