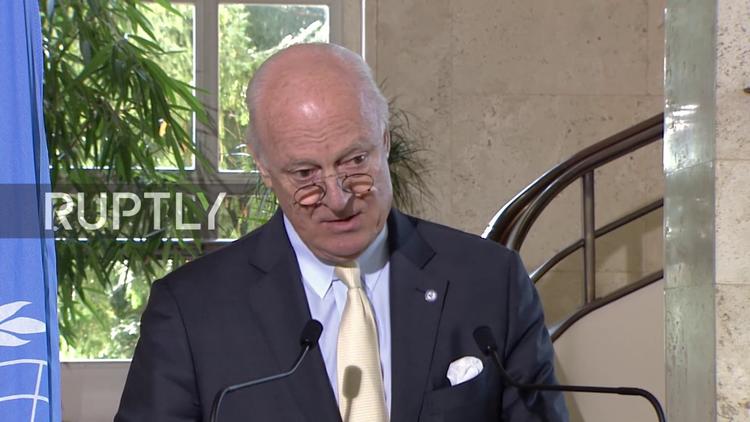 Syria was in a better position to attain peace last spring, when a ceasefire had unexpected success. It would have been better if the rebels had been able to keep East Aleppo and the rest of their territory, and the regime had been forced to dicker with them in order to put the country back together again. Someday it might even have been possible for East Aleppo to elect representatives to the Syrian parliament who represented their point of view.

The fall of the East Aleppo pocket dooms such a negotiated outcome of the civil war. The regime of Bashar al-Assad will be emboldened, as it has pledged, to try to take back over all the territory militarily, and to re-institute its seedy one-party state replete with intensive domestic spying, arbitrary arrest and torture.

That said, the rebel forces in East Aleppo do bear some of the blame for their defeat. It seems a harsh thing to say at a time of heart-wrenching scenes of noncombatants waiting in the cold for an evacuation that only seems to come in fits and starts. But it is necessary for us to understand what is happening and not only to feel it. Because al-Assad is understandably hated in democratic societies, there is a tendency to see the reassertion of the regime there as purely an act of brutal force.

It is at least that, of course. Russian and Syrian aerial bombing of a dense urban area has killed noncombatants in ways that are likely war crimes.

But this brutality cannot explain what happened. Revolutions and civil wars don’t work that way, however. You can think of lots of movements that couldn’t be quelled by massive brute force, including that of the Viet Cong in the 1960s and 1970s. If we want to understand why Russian aerial bombardment was so effective, we have to take politics into account.

Syria is a very diverse society. Here are some guesstimates for its ethnic and sectarian make-up.

The Syrian youth revolution of 2011 appealed to virtually all these groups except maybe the Alawite Shiites, who depend on the al-Assad regime for their prominent position and prosperity in Syrian society. The early Syrian revolutionaries talked about a democratic society in which all these groups would have representation. I met with Syrian revolutionaries in Istanbul in 2012 and they were praising all of these religious and ethnic groups for having members standing up to the regime, even Alawite villagers and movie stars.

But when the regime used heavy weaponry on the revolutionaries, the latter militarized their struggle. They weren’t able to get funding from democratic countries for their militias or for the purchase of weapons. Many turned to Turkey and the Gulf countries like Saudi Arabia, and these patrons wanted them to adopt a clear Muslim fundamentalist identity. Most Syrians are not Muslim fundamentalists. But that is the mindset of the Saudi elite.

Many of the fighters in the rebel opposition were Muslim Brotherhood, a relatively moderate fundamentalist group in Syria which nevertheless does want to impose a medieval version of Islamic law on the whole country. But the best fighters and the best-funded fighters were Salafi Jihadis like Jaysh al-Islam, the Freemen of Syria, the Nusra Front, and Daesh (ISIS, ISIL).

It was the al-Qaeda-linked Nusra Front that in 2013 nearly succeeded in using Homs and Qusayr to cut off the southern capital of Damascus from re-supply via the northwestern Mediterranean port of Latakia. This plan by Salafi Jihadis was forestalled by the intervention of the Twelver Shiite Lebanese party-militia, Hizbullah on behalf of the regime.

It was a Nusra Front-led coalition that in spring of 2015 managed to take the city of Idlib and all of that province, and to begin an advance on Latakia to the west, with the same strategic goal in mind. Latakia is a heavily Alawite Shiite region, so for hard line Sunni fundamentalists to take it would have entailed massive massacres and ethnic cleansing. This plan by the Salafi Jihadis was forestalled by Russian intervention.

It is true that Russia has subjected the Sunni Arab rebels, many of them just Muslim Brotherhood, to intense aerial bombardment. But it has especially gone after al-Qaeda (the Nusra Front, now styling itself the Levantine Conquest Front).

Under the conditions of 2011, the other rebels would have rushed to the aid of a besieged anti-al-Assad group.

That did not happen during the past 3 years, for a simple reason. Most people in Syria don’t trust the Muslim Brotherhood and they really, really dislike the Salafi Jihadis.

The ten percent of Syrians who are Kurds are largely post-Communist leftist feminists. They aren’t going to rush to the aid of fundamentalist Sunnis led by a group with al-Qaeda ties.

And the fact is that the fundamentalist rebels have repeatedly denounced and threatened the leftist Kurds. (It is these fundamentalists that Western politicians often call “moderates.”)

The supposedly moderate Freemen of Syria put al-Qaeda in charge of the Druze villages of Idlib in 2015. Druze are an offshoot of Ismaili Shiism and are deeply hated by al-Qaeda. They were forcibly converted to Sunni Islam and nevertheless some of them were killed or their property confiscated by the Nusra Front.

So as the Syrian opposition ratcheted farther and farther to the Sunni religious right, and as the most effective fighters came to be drawn from that sector, they lost the good will and support of most Syrians.

So you get 70% of the people in the country who, having been given the unpalatable choice between the Baath regime of al-Assad and being ruled by Salafi Jihadis, reluctantly chose al-Assad.

That is why the Aleppo pocket fell. There had been 250,000 Sunni Arabs of a more religious mindset and from a working class background living there under rebel control since 2012. But next door in West Aleppo, which our television stations won’t talk about, were 800,000 to a million people who much preferred to be under the rule of the regime. This numerous and relatively well off population took occasional mortar fire from the slums of East Aleppo. They weren’t in the least interested in saving the rebels from the Russians or the Iraqi Shiite militias or from the regime itself.

The Kurdish forces likewise didn’t rush to the defense of the Sunni Arab fighters in the East Aleppo pocket.

By militarizing the revolution and by moving ideologically to the religious far right, the rebel fighters deprived themselves of support among most Syrians.

When the Russians offered to let the rebels leave East Aleppo if they would cut themselves off from al-Qaeda (which was 1/4 of the fighters there), the response of the rebels was to form a united front with al-Qaeda so as to ensure that the Russians couldn’t divide the opposition.

The Western politicians and television reporters never mention the al-Qaeda dimension of the rebel forces. They never mention Idlib or what happened to its minorities.

Most rebels in Syria are not terrorists or al-Qaeda. They were protesters against a brutal authoritarian regime. Some of them are Muslim Brotherhood, but the Brotherhood in that period was hoping for a parliamentary democracy in Syria. Some are actually Sufi mystics. Others are just conventionally religious Sunnis.

But they sometimes formed battlefield alliances of convenience with al-Qaeda or with Salafi jihadis, and as time went on they showed less and less no interest in human and civil rights for women and minorities.

Syria is much more diverse a country than it might seem from cold social statistics. Hard line Salafis never had any chance of attracting enough support to take over the whole country, and even just very conservative Sunnis did not, either. The strategic thinkers in Ankara and Riyadh completely misread the situation.

That is why the East Aleppo pocket is falling to the regime. Not because aerial bombardment or brute force work magic in and of themselves. But because the Salafis and Muslim Brotherhood were unable to cumulate resources from other groups and attract broad support.