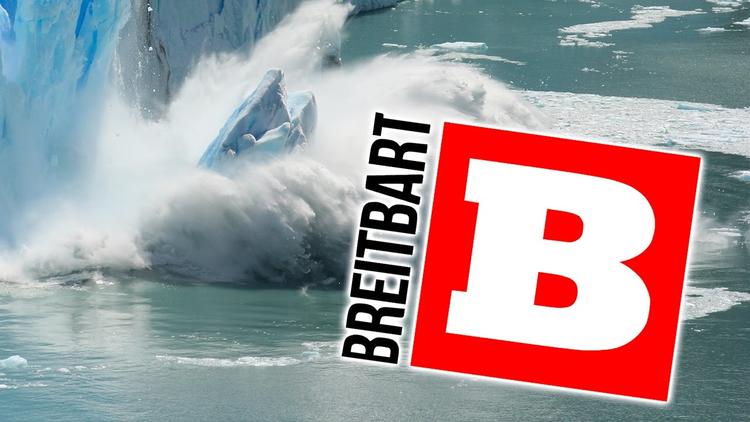 Displaying a troubling disregard for science, the House Committee on Science, Space, and Technology on Thursday tweeted a misleading article from right-wing, white nationalist website Breitbart News—one written by a climate denier and debunked by actual scientists.

NBC News notes that the author of the article, James Delingpole, “does not have a science degree and is not a scientist.”

“Delingpole did not produce any original reporting,” NBC points out, “but rather merged opinion with a Daily Mail article he read. He also cited a science editor of the Global Warming Policy Foundation, one of the U.K.’s most high-profile climate-change denying organizations that the Guardian reported has clear links to the coal industry.”

Scientists struck back with reality-based assessments of Delingpole’s claim:

In 2016, the hottest year on record, the misnamed @HouseScience tweets false #climate science about cooling from misnamed @BreitbartNews. pic.twitter.com/5ZJaVKiXeE

And Thursday’s tweet drew mockery and outrage from elected officials, including several Democrats on the committee.

This isn’t factual, it’s embarrassing, and Breitbart is not a credible news source. We need to bring *science* back to the Science Committee https://t.co/oZ6GfFAlUI

False news & false facts put us all in danger… https://t.co/8hy6haEPaL

Where’d you get your PhD? Trump University? https://t.co/P5Ez5fVEwD

As Common Dreams has reported, the committee has long waged a war on one of the very areas it is supposed to oversee—science. Indeed, committee chair Lamar Smith (R-Texas) “has used his position on the committee to spread climate skepticism and and harass [the National Oceanic and Atmospheric Administration],” writes ThinkProgress. “He once issued a statement alleging that scientists at the government agency of manipulating the data at the behest of the Obama Administration to provide evidence for climate change.”

And that was “before Trump was voted into office,” astronomer and columnist Phil Plait wrote at Slate.

“These tweets, and the information they cite, are a scary reminder that climate deniers will feel emboldened by Trump’s election,” he continued. “Trump’s team is already planning to cut global warming research at NASA. As winter approaches, we’ll likely see more reality-challenged senators bring in snowballs to the floors of Congress and say, ‘What global warming?’ every time a cold snap arrives, even though a lot of the brutal ‘polar vortex’ conditions are actually tied to the effects [of] global warming.”