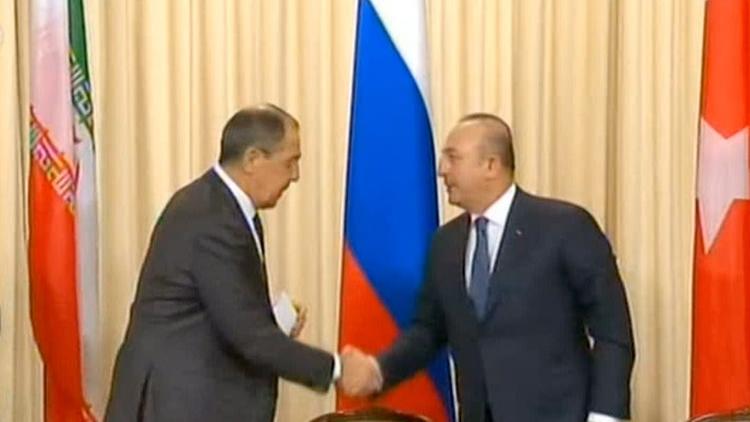 Turkey and Russia are announcing they have reached a cease-fire deal in Syria. The ceasefire reached in Aleppo will be continued past December 28, and will be expanded to other parts of the country

Russia is representing the government of Bashar al-Assad, which its air force has shored up and to which it probably has granted the victory in the civil war, by giving Syrian troops and allied Shiite militias air support.

Turkey is backing elements of the Muslim Brotherhood (remnants of the Free Syrian Army) and the Salafi Jihadi group Freemen of Syria (Ahrar al-Sham), who have been trying to overthrow the government of Bashar al-Assad. (Turkey’s clients are Sunni Muslims).

Ahrar al-Sham in turn is allied with the al-Qaeda affiliate in Syria, the Levantine Conquest Front (the Nusra Front). Russia is determined to destroy al-Qaeda in Syria, and both Turkey and Syria agree that this terrorist group must be excluded from the ceasefire.

If this report holds up, it means either that the Freemen of Syria have finally broken with al-Qaeda (the two have a formal political coalition in Idlib) or that Turkey has definitively turned on al-Qaeda. Excluding the Levantine Conquest Front from ceasefires and negotiations has been a key talking point of Russia.

Russian foreign minister Sergei Lavrov has on many occasions expressed a willingness to talk to and broker deals with the opposition rebels, excepting al-Qaeda and Daesh.

At the same time that Erdogan appears to have found some common ground with Putin, the increasingly authoritarian and erratic Turkish president turned on the United States, making serious accusations that the US and its 12-nation coalition against Daesh (ISIS, ISIL) have actually secretly been supporting the Daesh fighters.

““They [anti-ISIL coalition forces] were accusing us of supporting Daesh . . . Now they’ve all vanished and they’re giving support to terrorist groups including Daesh, YPG and the PYD . . . It’s very clear. We have confirmed evidence, with pictures, photos and videos . . .”

The US is certainly supporting Syrian left-wing Kurds (the YPG and PYD), which it distinguishes from the Anatolia-based Kurdistan Workers’ Party (PKK). Both Ankara and Washington consider the PKK a terrorist organization. Turkey, however, views the Syrian Kurdish parties and militia as branches of the PKK, while Washington insists that they are distinct, and that Syrian Kurds are good guys. Syrian Kurdish fighters have been among the few effective local fighting forces willing and able to defeat Daesh fighters in Raqqa province.

But the allegation that the US and its allies are just bombing Daesh/ ISIL for show but really are supporting it is bizarre.

“Later in the day, the U.S. State Department rejected as “ludicrous” accusations by Erdoğan that the U.S.-led coalition supported ISIL, though making a distinction to the support given to the Syrian Democratic Forces (SDF).

“Daesh – I said that from the outright. That’s just ludicrous. I don’t know where that comes from,” said State Department spokesman Mark Toner during a daily briefing…”

Some of Turkey’s high officials, including cabinet members, have blamed the US for the abortive coup of July 15, 2016. This allegation is without proof and inherently unlikely. But trying to tie the US to Daesh would be sweet revenge for Erdogan.

TRT: “Russia says it will work more closely with Turkey, Iran on Syria”