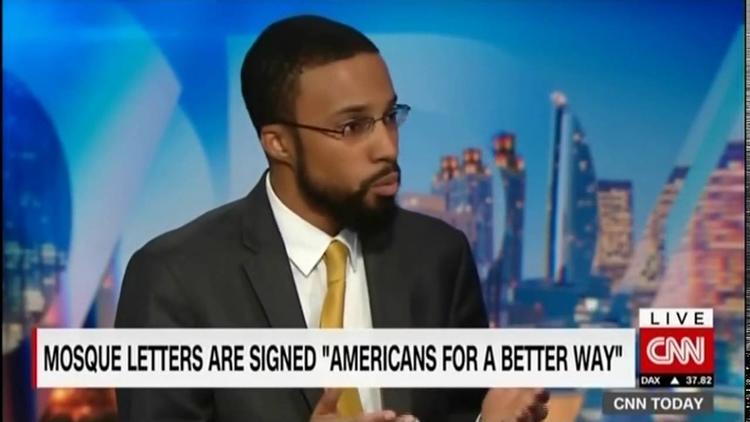 The threatening letters have been sent to mosques in at least seven states.

“To the children of Satan,” begins the letter that was first sent to sent to three California mosques but has has now been dispatched to mosques all over the country. “You Muslims are a vile and filthy people.”

“You are evil. You worship the devil. But, your day of reckoning has arrived,” the letter continues. “There is a new sheriff in town — President Donald Trump. He is going to cleanse America and make it shine again.”

While the letter had first shown up in the mailboxes of six mosques in California — including in Los Angeles, Fresno and San Jose — more mosques are reporting that they, too, have received the exact same letter. The pamphlet has turned up in locations in Ohio, Michigan, Rhode Island, Indiana, Colorado and Georgia.

Los Angeles police have been investigating the letters as a hate incident, but not a hate crime, because they claim it does not contain a specific threat.

The Council on American-Islamic Relations has asked the FBI to investigate, but for the same reason, agents are not investigating the case at this point, though officials have said they are monitoring the situation.

Police in Providence, Rhode Island, have vowed to increase patrols in wake of the incident.

The letters are marked with an address in the cities they were sent to, but are postmarked in either Los Angeles or Santa Clarita, a suburb about 30 miles north Los Angeles. The name above the return address is Reza Khan, said Shehadeh Abdelkarim, president of the Islamic Center of Cleveland, which was one of the mosques to receive the letters. He commented that that’s a Muslim name.

However, the name is bogus, said Sgt. Mike Abdeen of the Los Angeles Sheriff’s Department, which is assisting LAPD.

Meanwhile, last week the Southern Poverty Law Center said there had been more than 700 hate-related crimes since the victory of U.S. president-elect Donald Trump. CAIR has tallied more than 100 incidents targeting Muslims alone since he was elected.