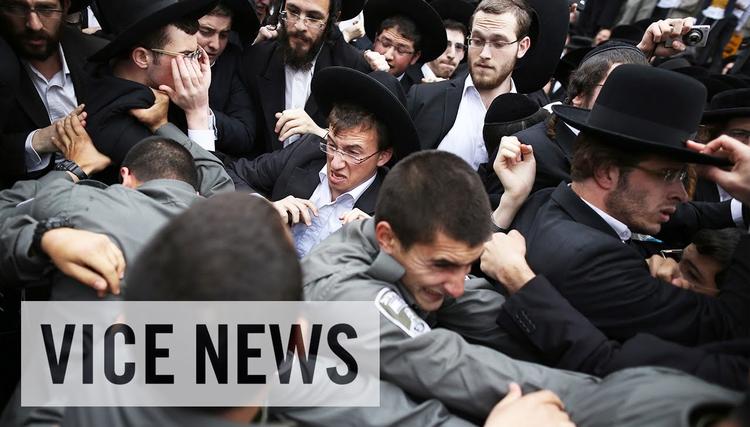 In one sense, women are making great strides in the Israeli Defence Force (IDF). In October, the army declared it was examining the possibility of allowing women to serve in new combat positions, including in tank crews.

In the same month, Major Reut (whose last name is not allowed to be published for security reasons), was promoted to the rank of lieutenant colonel and made commander of the Sky Rider battalion, becoming the second Israeli woman to be appointed commander of a combat unit. The first was Major Oshrat Bachar, who was appointed in 2014.

Such news may give the impression that the IDF is persistently advancing, if somewhat slowly, towards a decisive goal of gender equality. The reality, however, is much more complicated.

The intention to provide extended combat roles for women stirred some furious responses. Former commander of the Ground Forces Command, Major General Yiftah Ron-Tal, referred to it as “scandalous” and “led by someone wishing to weaken the IDF”. Decorated general and former member of parliament, Avigdor Kahalani, said that women’s place should be at home, and warned that the “horrors of war” might damage women’s ability to become mothers.

Other protesters came from the religious sphere. Former IDF chief rabbi Israel Weiss stated: “We can’t put … a male soldier and a female soldier, into a closed box for a week and expect that nothing will happen. You’ll get a little tank soldier in another nine months.”

To make matters worse, at the same time, the IDF announced the promotion of Rabbi Colonel Eyal Karim to the position of chief rabbi, the top religious role in the IDF. This announcement met strong opposition from human rights and feminist groups, due to Karim’s past remarks.

Karim had implied in 2012 that wartime rape might be excused, given “consideration for the soldiers’ difficulties” when out fighting. He also maintained that it is “entirely forbidden” for women to serve in the army for reasons of modesty and has opposed female singing at army events.

Israel’s High Court of Justice, following a petition served by Meretz (a left-wing party), delayed Karim’s appointment, demanding an affidavit clarifying his past remarks. The petition was withdrawn after Karim released a written clarification stating:

I have made a mistake … sometimes I didn’t word my comments precisely and there have been those who were hurt by them … I hereby sincerely apologize.

Israel’s President of the Supreme Court, Justice Miriam Naor, while clearing Karim’s appointment noted: “It is a shame that the clear words of the respondent in his affidavit did not receive expression earlier … but better late than never”.

The IDF was the first army in the world to introduce mandatory military service for both man and women. Conscription is anchored in the Israeli Defence Service Law of 1949, which reflects the perception of the IDF as “the army of the people”.

Though debates about where they can serve abound, Israel has always taken pride in the central role women played in military organisations, voluntarily, even before the establishment of the state of Israel.

Serving in the IDF is generally considered not merely a legal requirement but also and perhaps mainly as a social standard. It is a consensual, honourable rite of passage in Israeli society. Though this consensus has weakened during the last decade, public debates about the scope of women’s positions in the IDF do not question, at least within the mainstream discourse, the primary principle of women’s conscription.

While the debate rages about what role women should play in the army, another important development looms in the background. In 2000, an amendment to the Military Service Law determined that women have an equal right to serve in any military role.

According to the law, a woman could be denied a certain military role only if such denial is required due to the specific nature of that role. Yet, religious demands for a “non-women” military environment can prompt the exclusion of women from certain military tracks and roles, even when such exclusion is not required by the nature of the job.

This apprehension was sharpened in face of an order issued by Chief of General Staff, Gadi Eisenkot, granting religious soldiers the right to avoid doing military tasks with women.

This order was a revision of the 2003 “appropriate integration order”, which constituted the rights of religious soldiers to an army environment that is in affinity with their religious needs, mainly the need to avoid contact with women “under circumstances of seclusion or immodesty.”

The fact that the Israeli government and the IDF are committed to ongoing efforts to enhance the participation of Haredi (Jewish Ultra-Orthodox) men soldiers into the army, complicates matters further. The precondition for such service is more often than not male-only units.

Aiming to increase religious youth’s enlistment, the IDF has introduced a “female-free”, defined area for religious male soldiers throughout the entire process of recruiting and enlisting. Following demands from Haredi leaders, a new military camp is to be built for these soldiers, in which a hard line of Jewish rules will be observed, including the complete exclusion of women.

Gender equality principles and religious leaders’ demands are pulling the IDF in opposite directions.

The dilemma raises interesting questions. If circumstances require placing religious infantry corps under a female commander, say, in battle situation, will the troops demand the battle be “timed-out” until the women are expelled from it? Will they be entitled to? And if the answer is yes, can an army that allows “no women” spaces stand as professionally uncompromising body, fully capable of addressing the country’s complex security needs?

In a recent interview, Professor Yagil Levy, a leading scholar on the trajectory of the army, society and politics in Israel, explained why the increasing presence of women in the IDF is essential:

From the army’s perspective women became an asset not because of feminism, but because the IDF realises that when there is economic pressure to shorten the obligatory service and the toll of the missions is not alleviated … one mechanism the army can use in order to slow down the shift towards a professional army is creating attractions to women, and opening new options.

If Levy is right, it might well be that the IDF, facing consistent budget cuts, will introduce more new positions for women, including in combat units, in spite of a vociferous coalition of religious and conservative veterans. But Israel’s ultra-religious will not let this happen without a fight.

Vice News from a couple of years ago: “The Ultra Orthodox vs. The IDF: Israel’s Other Religious War”