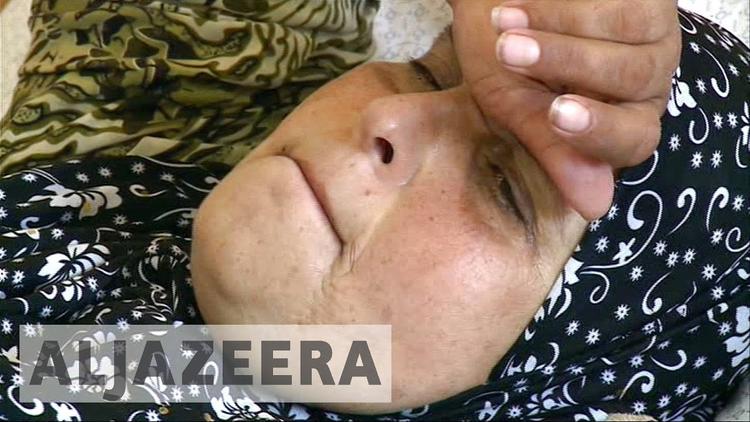 Since Israel began its siege of Gaza in 2007, hundreds of people have died needlessly, various reports state.

Hundreds of Palestinian women with breast cancer are being routinely blocked from seeking treatment by Israel officials, reports from Gaza’s health ministry state.

“Israel is killing me slowly,” one woman told The Electronic Infitada. “And it is killing my children, too.”

Hospitals in Gaza have been suffering from “chronic shortages” of everything from drugs to equipment due in large part to the blockade imposed by Israel, according to a report by IRIN News.

“As a result, most cancer patients in Gaza have to be referred abroad for treatment, but this process can be costly, time-consuming and bureaucratic,” it stated.

Alaa Masoud, for instance, who recently had to have her right breast removed, has had her application to travel through Erez, a Israeli military checkpoint, denied five times.

“I don’t want to die,” the 25-year-old mother, whose lack of treatment has forced her to stop breastfeeding her baby, told The Electronic Infitada. “I want to see my baby grow up to be a lovely young man.”

According to Gaza’s health ministry, almost 750 breast cancer cases were detected in 2015, making it the leading cause of death among women there.

Health workers are trying to help the situation by educating women about the importance of routine check-ups, something that’s not part of the cultural fabric. This often results in doctors detecting the cancer when it’s too late.

Despite Israel’s attempt to paint itself as a leader in cancer research and treatment – going as far as painting its warplanes pink to maintain the charade going – it’s been continuously slammed for blackmailing those seeking help.

According to the World Health Organization, for instance, more than 30 patients died between October 2007 and March 2008 while waiting for travel permits, after the blockade of Gaza by Israel began.