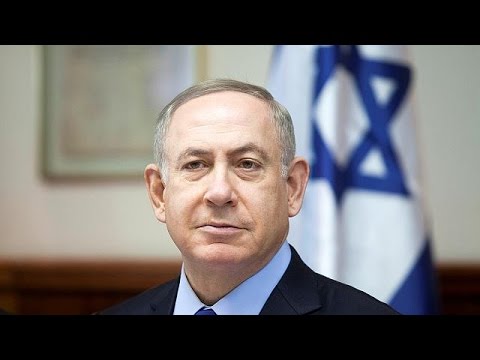 PM Binyamin Netanyahu of Israel and his cabinet ministers are trying to punch above their weight. He wants to punish the UN, and apparently even the United States. Netanyahu has forbidden Israeli officials to travel to 12 of the countries on the UN Security Council who voted last Friday to condemn Israeli squatter settlements in the Palestinian West Bank (including in East Jerusalem, which Israel illegally has tried to annex).

Netanyahu also summoned the ambassadors of these countries in Tel Aviv on Christmas Day, producing some irritation, according to the Guardian; one diplomat observed, “What would they have said in Jerusalem if we summoned the Israeli ambassador on Yom Kippur?”

This sort of temper tantrum reminds us of Donald J. Trump’s petulant twitter wars with his critics. It is for the benefit of the Israeli right wing, since none of the 12 countries really cares whether Likud Party officials visit them or not.

Netanyahu also seems to have threatened to withdraw from the United Nations. What is ironic is the effort the Israeli government has put in to combating the boycott, divestment and sanctions movement against Israel’s Apartheid policies toward the stateless Palestinians. IF the BDS supporters could get 12 countries to refuse to see the Israeli ambassador and could get the UN to kick Israel out, they would be ecstatic. Netanyahu is self-BDS-ing, via his tantrum.

Israel is a small country of 8 million people, only 6 million of them Jews, and its annual gross domestic product, at around $300 billion, is similar to that of Denmark and Ireland (both less populous countries, so Israel is poorer than they per capita). Nobody much really cares in world affairs if Denmark gets in a snit about something, though to be fair the Danes haven’t really gotten in many snits in recent centuries.

I suppose center-right Danish PM Lars Løkke Rasmussen is capable of making noise about issues he cares about, but I haven’t ever even once seen him on American television.

One difference between Denmark and Israel is that the US Israel lobbies have extorted from the American people something on the order of $124 billion in aid for Israel, and President Barack Obama just authorized another $38 bn for Tel Aviv over the next ten years. Israel thus has an enormous military arsenal and a stockpile of several hundred nuclear warheads. The figures do not count all the indirect ways the US aids the Israeli economy. Although the Israel lobbies maintain that the US gets security help from Israel in the Middle East in return, actually Israel has sat out the Gulf War, the Iraq War, the Afghanistan War, the recent struggle against Daesh/ ISIL in Syria and Iraq, etc., etc. It is only fair to say that the US would not have wanted Israeli participation, because its reputation is so poisonous in the region that such participation would do more harm than good. But nevertheless, if Israel couldn’t help in any of these crises, it isn’t actually very useful. Worse, Israel’s often creepy policies against the stateless Palestinians cause security problems for the United States.

BBC Monitoring translated a broadcast of Chanel 2 TV in Hebrew, quoting the words of Minister of National Infrastructure, Energy, and Water Yuval Steinitz (Likud). Steinitz fulminated, Trump-like, “This is not a resolution against the settlements.”

It was literally a resolution against the settlements!

Steinitz is making up his own false news. He then continued, “This is an anti-Israel resolution against Israel, the Jewish people, and the state of the Jews.”

The resolution isn’t anti-Israel, doesn’t mention anything about Jews, and doesn’t challenge the Jewish state. It just points out that Israelis are not at liberty to steal Palestinian land. The United Nations Charter forbids the acquisition of territory by military force, so Israel’s conquest of the Palestinian West Bank in 1967 is no warrant for it to colonize said territory or to expropriate and keep in a condition of statelessness the people who live there.

So Steinitz seems to be suggesting that Israel would be better off allying with Putin. If that’s how he feels, could he please give us our pledged $38 bn back? In fact, if he’d please just give us back all the money we’ve given the Israeli government on the false pretense that Israel makes America more secure in the Middle East, that would be a nice year-end bonus for American families.

Steinitz intimated that the US should not have allowed the resolution to pass because there are more urgent issues in the Middle East, which is “burning around us.” This argument is pure propaganda. That there is a civil war in Syria or an air war in Yemen does not have any impact on whether the Council should speak up about illegal Israeli actions against the Palestinians. The demand that Israel’s crimes be dealt with last after all other issues in the region is the definition of special pleading. Most of us learned in kindergarten that two wrongs do not make a right.

Steinitz’s proof that the settlement issue did not drive the resolution (against settlements!) is that the resolution affects Israeli land theft in annexed East Jerusalem. News flash: It is illegal to annex occupied territory or to flood your own citizens into such territories. Steinitz is demanding that the UN Security Council recognize an illegal act.

Steinitz owns a house. If he went on vacation and came back to find that strangers had moved into his house and were alleging that they were the real owners, he could go to the police and the courts in Israel and they would uphold his property rights. Palestinians living in the Palestinian city of al-Khalil (Hebron), however, don’t have the same deal. They see Israel bringing in tens of thousands of Israelis to live in their city, disadvantaging and stealing from Palestinian owners. When Palestinians complain, they are arrested and charged with terrorism.

He criticized President Obama: “The heart aches that after eight years of friendship and cooperation with the Obama Administration — a friendship that did see some disagreements over the Iranian issue and other issues — this is the parting shot; a painful, unpleasant, unfair one.”

So let’s see. Barack Obama sent George Mitchell out to negotiate between Netanyahu’s cabinet and the Palestine Authority of Mahmoud Abbas. The Palestinians asked for a settlement freeze, otherwise it would be like negotiating over a pie while the other person was eating it. Netanyahu got a settlement freeze, but then abruptly cancelled it in the fall just when the talks were getting started. The Palestinians rightly felt disrespected and the talks began collapsing. Netanyahu began announcing settlement expansion to coincide with the visit of high American officials, just to humiliate them. Later on in another round of talks, Secretary of State John Kerry was publicly insulted as “messianic” for trying to pursue the negotiations. In the end they collapsed. In the meantime, Netanyahu publicly humiliated President Obama on several occasions, lecturing him at a joint appearance at the White House, openly campaigning for Romney in 2012, and then trying to get Congress to derail Obama’s Iran negotiations. Netanyahu actually ran the last time on the issue of no Palestinian state, and has made it clear he wants to send hundreds of thousands more Israelis into the Palestinian West Bank, where they will steal Palestinian land.

Steinitz and his colleagues have been about the most unpleasant supposed allies the US could possibly suffer with. They successfully blunted Obama’s attempt at kick starting the peace process. They want annexation, Apartheid, and colonization. They are open about it.

Obama simply let the world body have a say on whether these crimes against humanity are acceptable. They are not.