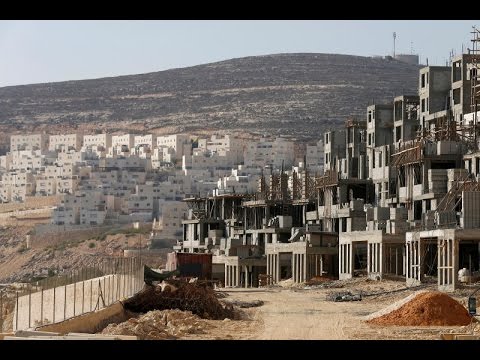 I’d like to return today to an argument I made two years ago in The Nation, which is that President Obama should recognize Palestine before he goes out of office. For different but related reasons, Jimmy Carter made a similar plea last month.

One of the arguments often heard is that Israel cannot survive as a Jewish state if it annexes all of the West Bank, since it will ultimately acquire 4 million Palestinians (West Bank & Gaza residents) as citizens in that case.

I don’t really care whether Israel has a Jewish majority, just as I don’t care if Egypt has a Sunni Muslim one or if Germany has a German one. In the tradition of the French revolution, I think states should be civil states, for the people of the Republic, whoever they may be. The United States in 1789 was mostly British and had a population of 4 million. Now it is 80 times as big, and has large Italian, Latino, German and Irish populations, not to mention over three million Muslims. So what? All those groups have brought gifts to enrich the nation. In an age of globalization, trying artificially to maintain one ethnic group as a majority is probably a fool’s errand, anyway. (Not to mention that “ethnic groups” are fluid and change definition over time). Israel is importing Thai agricultural workers and initially was welcoming African refugees.

So what is called a “one-state” solution would be fine with me, as long as all the citizens of that one state had equal rights and it was a genuine democracy.

It just would be very difficult to get to that outcome, whereas it would be fairly easy to set up two states, since the basic framework of the two states already exists.

Moreover, it is entirely possible that the Israeli squatters on Palestinian land in the West Bank will at some point engineer a civil war, and try to expel the Palestinians, making them stateless refugees all over again.

What is wrong with the present arrangement is that the Palestinians do not have citizenship in a real state. A state controls the water, air and land of a territory. The Palestine Authority controls none of those things. A state has a judicial system that can protect the basic property and human rights of a citizen. Palestine has none of those things. Important cases are kicked to the Israeli judiciary, which with a few exceptions tends to rule in favor of Israelis. And, a lot of decisions are made for Palestinians by the Israeli army or by colonial administrators.

People who are stateless, in the phrase of Supreme Court Justice Earl Warren, do not have the right to have rights. It is unacceptable that millions of Palestinians should be kept stateless at the insistence of Israel. Prime Minister Binyamin Netanyahu has even vowed that he will not allow a Palestinian state as long as he is in power (a violation of the Oslo Peace Accords).

The reason that all these decades of negotiations have proved fruitless is that the Palestinians, as stateless, don’t really have standing to negotiate. You can renege on agreements with stateless people at will, as Netanyahu has repeatedly done, without fearing any consequences and without the stateless having recourse. So you can’t start with negotiations. You have to start by addressing Palestinians’ lack of citizenship.

It should be noted that the National Socialists in Germany stripped German Jews of their citizenship, in preparation for committing a Holocaust against them or driving them out of their homes as refugees. (Let’s see, sniffed Goebbels, if any of their liberal champions will want them then.) The Nazis understood very well that you can do with Stateless people what you will, and that no one will effectively so much as object. For the Zionist right wing, Israel comes as a solution to the problem that Jews are always in danger of losing their citizenship rights when they are citizens of other states. (This was a problem of the 1930s; it is not clear that it is perennial or universal– contrast with the US). Moreover, in a nuclear-armed world, the idea that a state can protect you from another holocaust is a false messiah; ask the people of Hiroshima and Nagasaki. In any case, solving the artificially created problem of Jewish statelessness cannot come at the price of creating Palestinian statelessness.

One way or another, I insist on the problem of Palestinian statelessness being solved. I don’t care how it is solved. They can become Israeli citizens, or Palestinian citizens. But they have to be citizens of something. Otherwise, we will continue to see serial disasters befalling them, and the injustice being perpetrated on them will continue to generate security risks to the US.

The chair of the executive committee of the Palestine Liberation Organization, Saeb Erekat, said Monday that the Palestinian leadership was invigorated by the UN Security Council resolution condemning Israeli colonization of the Palestinian West Bank. As a result, it would redouble its efforts to achieve full membership in the United Nations for the State of Palestine.

Likewise, he said, the Palestinians would take their case to the International Criminal Court at the Hague, charging Israeli officials with various crimes against the international law of occupation, chief among them flooding their own citizens as colonizers into the Occupied Territory.

Erekat recognizes that the Palestinian cause will go nowhere until Palestine has some of the perquisites of a state, such as UN membership and ability to take cases to the International Criminal Court.

So here we come to President Obama. Just as he established diplomatic relations with Cuba, so he could do the same with regard to Palestine. It would be one step toward resolving the decades-old problem of Palestinian statelessness.