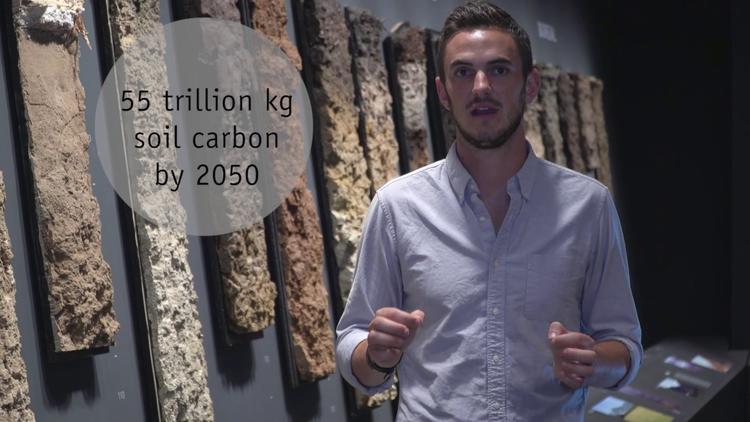 For decades scientists have speculated that rising global temperatures might alter the ability of soils to store carbon, potentially releasing huge amounts of carbon into the atmosphere and triggering runaway climate change. Yet thousands of studies worldwide have produced mixed signals on whether this storage capacity will actually decrease — or even increase — as the planet warms.

It turns out scientists might have been looking in the wrong places.

A new Yale-led study in the journal Nature finds that warming will drive the loss of at least 55 trillion kilograms of carbon from the soil by mid-century, or about 17% more than the projected emissions due to human-related activities during that period. That would be roughly the equivalent of adding to the planet another industrialized country the size of the United States.

Critically, the researchers found that carbon losses will be greatest in the world’s colder places, at high latitudes, locations that had largely been missing from previous research. In those regions, massive stocks of carbon have built up over thousands of years and slow microbial activity has kept them relatively secure.

Most of the previous research had been conducted in the world’s temperate regions, where there were smaller carbon stocks. Studies that focused only on these regions would have missed the vast proportion of potential carbon losses, said lead author Thomas Crowther, who conducted his research while a postdoctoral fellow at the Yale School of Forestry & Environmental Studies and at the Netherlands Institute of Ecology.

“Carbon stores are greatest in places like the Arctic and the sub-Arctic, where the soil is cold and often frozen,” Crowther said. “In those conditions microbes are less active and so carbon has been allowed to build up over many centuries.

“But as you start to warm, the activities of those microbes increase, and that’s when the losses start to happen,” Crowther said. “The scary thing is, these cold regions are the places that are expected to warm the most under climate change.”

The results are based on an analysis of raw data on stored soil carbon from dozens of studies conducted over the past 20 years in different regions of the world.

The study predicts that for one degree of warming, about 30 petagrams of soil carbon will be released into the atmosphere, or about twice as much as is emitted annually due to human-related activities (A petagram is equal to 1,000,000,000,000 kilograms). This is particularly concerning, Crowther said, because previous climate studies predicted that the planet is likely to warm by 2 degrees Celsius by mid-century.

Other scientists on the team include Mark Bradford, professor of terrestrial ecosystem ecology at Yale; Clara Rowe, who earned a Master of Environmental Management degree at Yale in 2015; and Yale doctoral candidate Noah Sokol, as well as collaborating researchers from more than 30 other institutions.

For Bradford, the analysis provides important clarity on the question of why soil-warming studies appear to provide contradictory evidence, with some showing losses of soil carbon and some showing no change.

“The effects are strongly dependent on where you look,” Bradford said. “Now that we know this, we can begin to develop more confidence in the idea that this biological feedback is real, and hence likely to accelerate human-induced climate change.”

The study considered only soil carbon losses in response to warming. There are several other biological processes — such as accelerated plant growth as a result of carbon dioxide increases — that could dampen or enhance the effect of this soil carbon feedback. Understanding these interacting processes at a global scale is critical to understanding climate change, the researchers said.

“Getting a handle on these kinds of feedbacks is essential if we’re going to make meaningful projections about future climate conditions,” said Crowther, who is now completing a Marie Curie Fellowship at the Netherlands Institute of Ecology. “Only then can we generate realistic greenhouse gas emission targets that are effective at limiting climate change.”