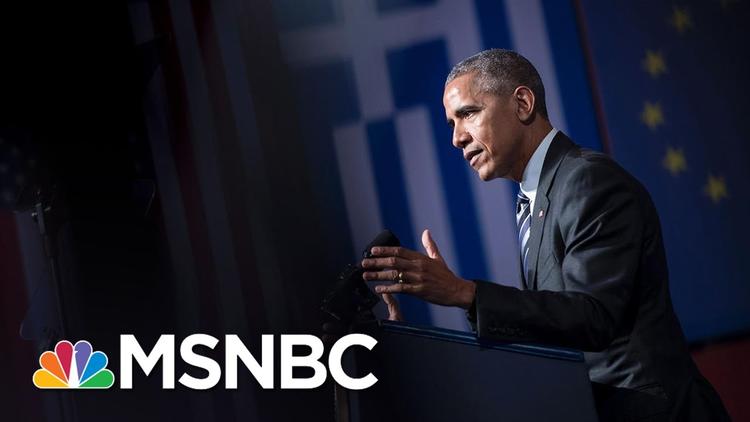 President Obama’s sanctions on Russia are small potatoes and will have almost no effect on the Russian Federation. The high officials sanctioned are unlikely to have assets in the US that Washington can attach. When you hear that the US is sanctioning the FSB (the Russian CIA) and the GRU (military intelligence), that is a sign of measures taken just for show. As for the covert actions, we’ll never know what or if those were.

Moreover, if the charge is that the Russians influenced the outcome of the 2016 presidential election, then either they did or they didn’t. If they didn’t, they aren’t very good hackers and might have been safely ignored. If they did, then why no demand that the results of the election be set aside and new elections held? Why are no specific effects of the Russian hacking demonstrated? (As regular readers know, I don’t believe anything the Russians did threw the election to Trump. Sec. Clinton isn’t a very good candidate, that’s all. When they asked her why she took $800,000 a speech to talk to Goldman Sachs, she replied that it was what they offered.)

So why did the Obama administration put on this charade? While I don’t deny that Russian hackers may have been active, I think these minor sanctions have been announced at this time as part of a Democratic Party long game against Donald J. Trump. There is nothing wrong with such a partisan ploy– most politics have this form.

1. A big announcement of sanctions on Russia for interfering in the US election casts doubts on the legitimacy of Trump’s election. In essence, playing the Russian card is sweet revenge on Trump for his birther lies about Obama having not been a US citizen. The Obama sanctions on Russian create the specter in the mind of the public of Trump as a Manchurian candidate. In turn, such doubts could help the Dems in 2020.

2. Placing sanctions on Russia that Trump clearly does not want puts him on the spot. If he actively rolls them back, he can be tagged by the Democrats as soft on Putin. If he does not, he risks giving Putin the idea that he is not a reliable ally.

3. These sanctions make it harder for Republicans to speak out of both sides of their mouths on the Democrats and Russia. Ideally, they’d like at the same time to maintain that Obama and the Dems were weak on Russia and that Trump is right to improve relations with it. Now they have to take one position or the other. Putin may be popular with Trump Republicans but he isn’t in the country at large.

4. These sanctions on Russia cast a pigeon among the cats. They have the potential to escalate conflicts between the “national security” Republicans in Congress, especially, the Senate, and Trump. Senators John McCain and Lindsey Graham issued a statement that Obama had not gone far enough against Russia, and pledging to establish an investigatory committee to look into the charges of Russian hacking.

Since Trump himself responded that it is “time for our country to move on to bigger and better things” and that computers have made all our lives complicated (i.e. he refused to join in the critique of Russia), he is on a collision course with his own party.

5. The timing of the announcement of sanctions on Russia may have been intended to take the shine off of Putin’s achievement of a new cease-fire in Syria, one arranged between Russia and Turkey (and their respective clients) without reference to the United States. Republicans interviewed on cable tv have been complaining that Obama and the Dems have let themselves become irrelevant to the Middle East. (It is a low, hypocritical talking point; these same GOP politicians made it clear in September of 2013 that they would not vote for US military intervention in Syria over the al-Assad regime’s use of chemical weapons in the civil war). In any case, it is a little hard for them to be too fulsome about Putin outplaying President Obama in Syria given the charges of Russian interference in the US political system. Besides, I wouldn’t count on that cease-fire in Syria lasting too long; as usual, it excludes the most effective fighters on the rebel side.

President Obama: America Should Be Alarmed By Russia’s Actions | MSNBC