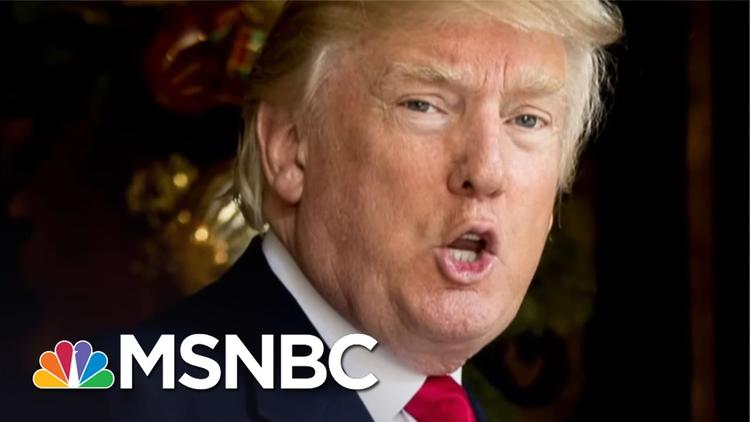 ‘Presidents, Republicans and Democrats, have understood that our goal must be to reduce the number of nuclear weapons, not expand them.’

Deriding President-elect Donald Trump as the ‘Twitter-in-Chief,’ Sen. Bernie Sanders (I-Vt.) said recent comments on a nuclear arms race must be challenged by members of both major parties.

Sen. Bernie Sanders has made it known that Donald Trump should not go unchallenged by his congressional colleagues as troubling comments by the President-elect about nuclear weapons this week sparked alarm across the United States and the world.

Following an initial out-of-the-blue tweet Thursday saying the U.S. should “expand” its nuclear arsenal followed by “clarifying” remarks Friday to MSNBC in which Trump said, “Let it be an arms race,” Sanders responded: “It’s a miracle a nuclear weapon hasn’t been used in war since 1945. Congress can’t allow the Tweeter in Chief to start a nuclear arms race.”

Congress must not allow the Tweeter in Chief to unleash a dangerous and costly nuclear arms race. https://t.co/YYdlo3tSoa

Presidents, Republicans and Democrats, have understood that our goal must be to reduce the number of nuclear weapons, not expand them.

Though Trump’s press team was tied in knots as they tried (but failed) to walk back or explain Trump’s nuclear talk, Sanders far from alone in expressing grave concern over the seriousness of what was said.

“Can a tweet start an arms race? This one may just have done that,” Joseph Cirincione, president of Ploughshares Fund, a global security foundation, told NBC News.

On Saturday, a New York Times editorial argued that by “casually hinting at a seismic shift in fundamental policies, the president-elect is playing a risky game.”

The Times continued, “For decades, American policy has been designed to stabilize relations between Russia and the United States and to deter other countries from acquiring nuclear weapons. Careless taunts risk undoing that progress.”

But is everyone making too much of this?

Laicie Heeley, a nuclear expert at the non-partisan Stimson Center, doesn’t think so.

Heeley told Agence France-Presse Trump’s comments this week are “reckless,” especially without providing details or context for what he said. “To make such a loaded statement without context or follow-up is irresponsible at best,” she explained. “We could be talking about a return to the Cold War here, when the threat of a nuclear catastrophe was very real.”

And Melissa Batchelor Warnke, a contributor to the Los Angeles Times, said that for all the other controversial and troubling things Trump has said and done—both during his campaign and since being elected—these casual and “absolutely frightening” comments about nuclear weapons and proliferation should be treated with special concern.

“Because of the difficulty detecting a signal in the noise, we can lose sight of what’s at stake,” Warnke wrote Friday. While not dismissing his many other troubling statements, Warnke argues Trump’s positions on nuclear weapons are “exceptional” in their implications. “Donald Trump’s prime campaign promise was that Donald Trump would always win. He would win through strength, intimidation and stick-swinging. But nobody wins in nuclear war. It doesn’t happen. The use of nuclear weapons is a sin for which none is forgiven; a nuclear exchange is a potential extermination event.’

She continued, “When nuclear escalation is on the table, every journalist in America should get a new beat, and that beat should be reporting on how to avert nuclear war. We have covered this, but not with enough urgency. Each time the President of the United States speaks cavalierly or competitively about nuclear weapons, that should be a six-column headline in every paper in America. It isn’t; it hasn’t been.”

In turn, many other journalists and political commentators, including Ring of Fire’s Sydney Robinson, welcomed Sanders’ promise to hold Trump to account on the issue.

“Trump’s promise to begin a nuclear arms race is incredibly concerning for the entire globe,” Robinson wrote Saturday, “and we hope that Senator Sanders and others will do more in the future to protect the nation from such dangerous outcomes.”