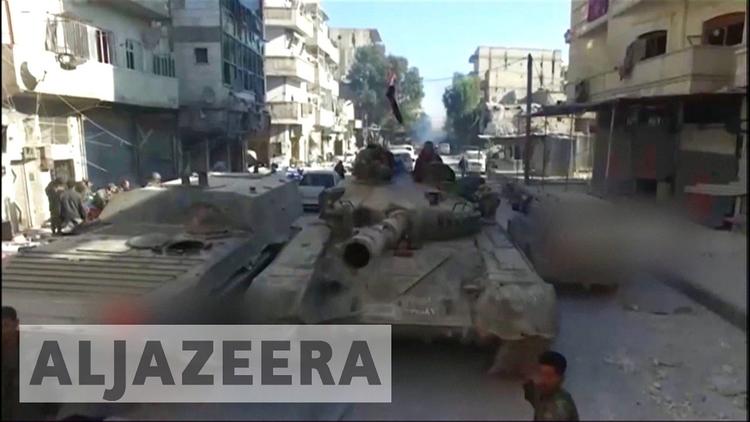 Whenever a country falls into civil war, there are always observers who suggest that the problem could be resolved by a partition of that country. It is as though they think the parties to the war are like squabbling children in the back seat of the car, who can be dealt with by making them sit far away from one another.

Such suggestions are being made about Syria, including by Israeli Defense Minister Avigdor Lieberman.

But it isn’t likely to happen, and it wouldn’t necessarily be good if it did.

Many modern states are multi-ethnic, and not just in the Middle East. Spain, Switzerland, the Russian Federation and the United Kingdom are multi-ethnic countries. France has Bretons, Basques, Alsatians, and the people of Provencale. More monochrome countries like Poland or Greece did not get to be that way naturally. In Poland, genocide played a role, during WW II. In Greece, a massive and disruptive population transfer with Turkey was important. I don’t think we want monochrome countries at the cost of such immoral policies.

The one recent example of a partition is the separation of South Sudan from Sudan. South Sudan promptly fell into internecine warfare. In the old days the rival Dinka and Nuer tribal factions could call upon Khartoum to mediate between them. Now, that course of action is forestalled. So the partition of Sudan hasn’t worked out very well.

Moreover, countries that have been divided have seen the two new states go to war with one another. That happened many times between India and Pakistan.

A country like Syria is highly unlikely to splinter in the medium to long run.

The borders of modern Syria were drawn in the French colonial period by colonial administrators. Those borders were not exactly those delineated in the secret and duplicitous Sykes-Picot agreement of 1916.

Still, however those borders came to define the country, they have taken on a life of their own.

Syria is unlikely to be partitioned because it is a small country with a limited internal market. You could not make much money manufacturing things and selling selling them inside Syria. A partition would create even smaller and less viable markets.

Syria is unlikely to be partitioned because there aren’t any clean lines to be had. Syrian Christians, some 5% of the population, live in mixed neighborhoods. Damascus and West Aleppo have mixed populations.

It is true that the northeast region is largely Kurdish and that there is a Druze enclave southeast of Damascus. But Syrian Druze are too small a group to sustain a state, and Turkey will not put up with a second Kurdish state, in addition to the one already operating in northern Iraq.

The government of Bashar al-Assad is determined to bring back every province into central government control, and it has the manpower courtesy regional allies to make that happen.

A more federal system and less direct central government control of some of these populations is desirable. Thus, the Kurdish enclave should have some rights. But it is a non-starter in the region that it should be completely independent.

Finally, Iran and Russia want Syria to stay together and they so far have been willing to lend the regime the firepower to help make that happen. Neither of them wants a partitioned Syria where some bits could go to al-Qaeda.

Hence, Syria is unlikely to be partitioned.