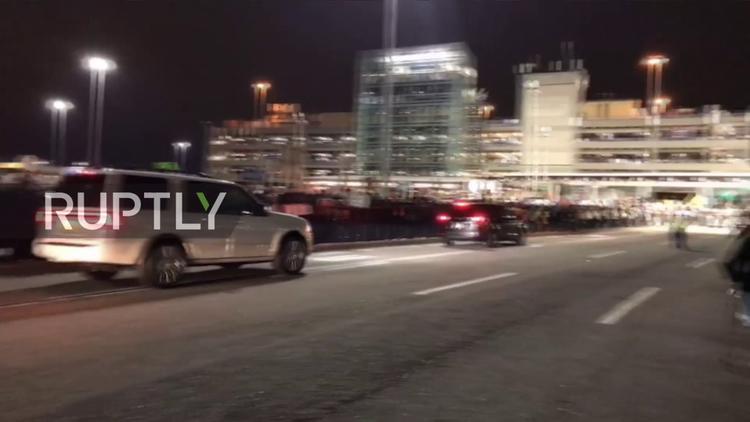 Here are two newspaper articles from spring, 1933. They concern the issue of early Nazi policy toward Germany’s Jews. In the first, the German ambassador to the UK maintains that the issue isn’t Jews but Immigrants. In the second, it is clear that only a few weeks later German Jews with citizenship were nevertheless being forced out. Those Jewish residents of Germany with other passports or with no citizenship (like the Palestinians of today) were facing special problems. Many of those with citizenship hoped they could temporarily relocate in Paris or Antwerp until things settled down (big mistake). The Trump regime’s exclusion or expulsion of refugees without regard to the danger awaiting them on their return to their point of origin has some resemblance to this Nazi callousness in expelling stateless people who had nowhere to go and who lacked proper passports, having only a laissez-passer from Geneva.

I draw attention to these two because, of course, of the parallels to what happened this weekend. In particular, I see a similar logic at work, whereby a profound racial and religious animus against a minority was initially publicly denied in favor of a discourse of the nation. It was only non-national members of the minority who were, to begin with, objectionable– flotsam coming in from other countries because of foreign economic collapse. That these immigrants were members of the hated minority was only, it was asserted, an accident. They were hated because foreign, not because national-but-different. Why Fascists in power should have at first been reluctant to speak the truth is an interesting question. Apparently even they initially had some shame about being perceived as mere bigots, and took refuge in the hot issue of immigration (which had been exacerbated by the high joblessness of the Great Depression in the 1930s). Their sense of shame was fleeting.

Adolf Hitler was appointed Chancellor on January 30, 1933. The day after a fire at the parliament building, on Feb. 28, civil liberties were abolished. Political dissidents began being rounded up in March. On March 5 there were elections in which the National Socialists got 43% of the vote. On March 22, Hitler was made dictator of Germany by a pliant legislature. In early April, Jews were subjected to a boycott and then expelled from the civil service and professions.

I was not kidding when I said that I saw many similarities between the Trump / Bannon inaugural speech and Fascist ideology. We didn’t just elect a new government, Trump said, we provided an opportunity for a revolution in which power would be turned over from corrupt elites to “the people” by the white billionaires.

I suggest that the excerpts of these two newspaper articles below be read as allegories for our own moment, substituting Trumpism for national socialism and Muslims for Jews.

“German Ambassador and the Nazi Terror: Replies to a Deputation; Hostility to Jews Aimed Mainly at ‘Immigrants'” The Manchester Guardian, March 23, 1933.

“Miss G. A. Coombs and mr. R. Bridgeman, representing the Anti-War Council, were recieved at eleven o’clock this morning by the German Ambassador (Herr [Leopold] von Hoesch) in response to a request by the council . . .

“The Ambassador then said that the world must realise that what had taken place in Germany was a complete revolution, or, rather, counter-revolution, and not merely a change of Government. It was the reply to the revolution of 1918 which in sweeping away the monarchy had inaugurated a period of Socialism. Since 1918 Germany had suffered complete national humiliation . . . While stressing the revolutionary character of the change of Administration in Germany, the Ambassador maintained that it had been supported by a majority of the people* . . . He said that the election was decisive because 90 per cent of the electors had voted. This was the highest percentage of any previous election in any country . . .

Herr von Hoesch said that very bitter feeling had been caused by the opening of large Jewish stores in all the big towns in Germany, which had swallowed up the small shopkeepers . . . Herr von Hoesch anticipated that in about a couple of weeks everything would have quietened down in Germany.

The Ambassador said that he had no anti-Semitic feeling himself. He regretted that the houses of Jews like Einstein who was his personal friend, should have been raided, and said that Herr Hitler was seeking to restrain his followers from maltreating the Jews. . .

The Ambassador agreed that those Jews who had been long established in Germany should be treated in every respect as Germans. It was only the Jewish immigrants who had recently come to Germany, chiefly from Poland, who were looked upon as aliens . . .

With regard to the pacifists, particularly Lehmann Russbuldt and General von Schoenaich, he said that he knew them both personally. They had been in prison not because they wee pacifists but because they had taken an anti-national line in foreign countries and were therefore considered to be guilty of treason+ . . .”

—
* Ed. note: This was a lie and fake news. The Nazis did not get a majority in the March elections.

+I believe the term Steve Bannon and the alt-Neo-Nazis now use for this is ‘snowflakes’ or perhaps ‘advocates of white genocide’.

“Ten thousand Jews have fled from Hitlerite terrorism in Germany . . . The refugees are divided into three categories: German-born citizens, nationals of other countries who have resided in Germany for many years, and those without any national status who are holders of Nansen passports. . .

“The nationals of other countries will be repatriated to their native lands, except those who wish to join relatives already settled in overseas countries.

“The refugees without any national status who have Nansen passports represent the greatest problem. Representations have already been made to the International Nansen Bureau in Geneva in their behalf, so as to assure their protection.

“Quite a number of the refugees have some means, but the larger number are virtually without funds . . .