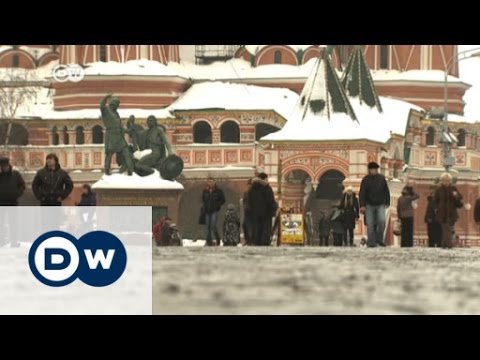 MOSCOW – This New Year’s Eve marks the 25th anniversary of the formal dissolution of the Soviet Union. But, rather than celebrating, many Russians – and some people in the West – are ambivalent about that outcome.

Russian President Vladimir Putin tops the list of doubters. He made known his position on the USSR’s disintegration in 2005, when he called it “a major geopolitical tragedy of the twentieth century.” And some in the West consider the new states that emerged from the wreckage – Ukraine and the Baltic republics, in particular – to be the primary source of Russia’s ressentiment and revanchism in the post-Cold War world.

These doubts stand in sharp contrast to the consensus that prevailed for many years after the collapse of communism in Europe in 1989-1991. It was widely accepted that the end of the Cold War marked not only the liberation of Central and Eastern Europe, but also the triumph of liberal ideas.

But the end of the USSR could also be seen as a victory for nationalism. Indeed, it was fear of nationalist violence that led then-US President George H.W. Bush and German Chancellor Helmut Kohl to try to help the USSR’s last president, Mikhail Gorbachev, hold the Soviet Union together (though only after having allowed the Baltic States to secede). They failed – and later claimed victory for the full demise of the Soviet empire.

In reality, the Belovezha Accords, which formalized the break-up of the USSR, completed a process of dissolution that started in 1989. The differences between the Warsaw Bloc countries and the Soviet republics were important, but one similarity was crucial: in all of these countries, the Kremlin had imposed communism at gunpoint. The USSR could have survived only as long as Russia maintained control of the empire – and only if Gorbachev had been willing to use force to prolong that control.

Many Western strategists and scholars based their assessment on a false assumption: the Soviet Union could also become free, if only its name was properly edited and the right constitution drafted for it. But that was hopeless. The peoples that comprised the USSR had different histories long before Russian domination; and, under the Soviet system’s nationalities policy, their identity as members of distinct political units had actually been consolidated. After the demise of the USSR, they quickly displayed very different social and political preferences. One cannot imagine even a partly free political space, as Russia was becoming, that they could share.

Of course, after gaining their independence, some of these new nation-states have been struggling to develop democratic institutions and viable economies. Others, no surprise, became outright dictatorships. But before embarking on those routes, the word “freedom” could be meaningfully applied only to the idea of liberation from Kremlin control.

The dissolution of the Soviet Union deserves to be celebrated, because it created a new chance for development across the vast landmass that the USSR once controlled. But it should also be celebrated because this dissolution was achieved in such a relatively orderly and peaceful manner.

To be sure, in some countries, especially my own, Georgia, there was a period of civil war and chaos. But that was our responsibility. In the heyday of the Soviet Union, when Georgians of my generation dreamed about the eventual demise of the empire (because all empires eventually break up), we did not dare to imagine that it would happen in a peaceful and orderly manner.

Ghia Nodia is President of the Caucasus Institute for Peace, Democracy, and Development in Tbilisi, Georgia.