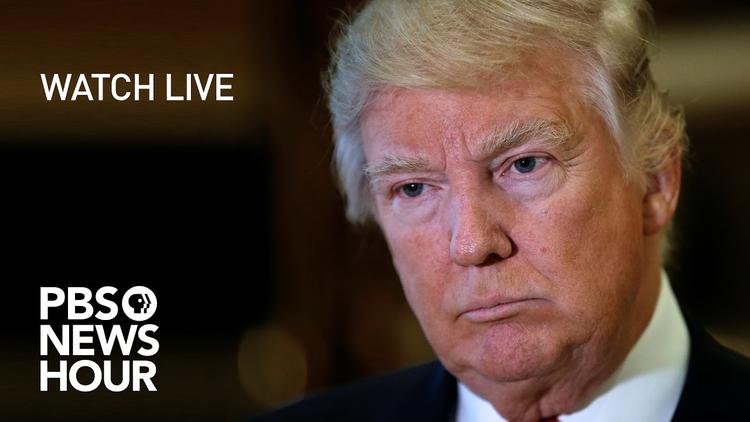 In his first news conference in months, president-elect Donald J. Trump engaged in a series of petulant tirades. For anyone like myself, who has lived under dictators in the global South, his performance was unpleasantly reminiscent of their authoritarian publicity techniques.

Instead of letting a wide range of reporters attend, he limited their spots so that he could pack the hall with his own supporters. Those supporters were the ones applauding, and since the cameras were not turned on the audience, television viewers may have thought the cheers came from reporters. This effect was intended. There are some allegations that some of the Trump supporters in attendance were actually part of a rent-a-crowd, a common technique among Middle Eastern dictators. And then there was the typical technique of painting dissidents and critics as themselves authoritarian. Innocent Japanese were interned during WWII on unsupported charges that they were imperialists. Members and former members of the 50,000-strong Communist Party in the US were accused of trying to take over the US government. Trump on Wednesday characterized the leak of the intelligence report as “Nazism,” as though he were a victim of an authoritarian genocide being perpetrated by a web news site. The charge is ironic, as Rula Jebreal pointed out:

Sir, you were endorsed by the KKK, supported by neo-Nazi groups, you hired an anti-Semitic Chief Strategist -you revived the 1930s. https://t.co/MCYgfEM9wG

1. Disagreement is treason. Trump’s spokesman slammed Buzzfeed for publishing the annex to the US intelligence report on Russian hacking of the US election, complaining that it was false and not verified by the intelligence agencies. I said yesterday that I found the dossier unconvincing. But Buzzfeed’s conviction that the document was of public interest and the at the public should be able to see and judge it for themselves can be argued about. Buzzfeed did not certify it as true. Trump essentially put them on trial for treason. As for inaccuracy, Trump and his people want a monopoly on it. Let’s remember that Trump denied for years that President Obama was born in the United States, that he keeps saying that the murder rate in the US has risen (it has fallen dramatically since the 1990s), that he denies that humans burning hydrocarbons causes climate change, that he says that unemployment is 42%, and that there are 30 million undocumented workers in the US (it is about 11 million and has fallen). His campaign allies at the Neo-Nazi Breitbart rag accused Hillary Clinton (edited by Steve Bannon) of practicing voodoo and/or of being part of a pedophilia ring run from a Washington, DC pizzeria. At least the report on Trump’s having been compromised by Russian intelligence on his escapades in Russia actually exists.

2. Divide and rule. Trump tried to single out Buzzfeed for publishing the document and CNN for reporting that it was part of the intelligence community’s report by denouncing them as “fake news” and refusing them the opportunity to question him. He instead allowed the white supremacist Breitbart (a chief producer of fake news from its inception) to toss him a softball. Creating disfavored and favored news outlets is a typical authoritarian move. Trump is punishing CNN to create an incentive for other news outlets to treat him with kid gloves, and he is hoping the other reporters will climb over the prostrate bodies of the Buzzfeed and CNN journalists on their way up to White House access. The reporters and news organizations will have to stick together to overcome this tactic. Trump is also trying to legitimize his buddy Steve Bannon’s Neofascist monstrosity, Breitbart, by favoring it over CNN in public. (The Breitbart reporter suggested that Trump crack down on all those mainstream ‘fake news’ outlets, which is sort of like a wine-seller arguing for prohibition). Incidentally, Director of National Intelligence James Clapper confirmed CNN’s story later in the day. CNN did not publish the two pages of salacious material and were treated completely unjustly by Trump.

3. The Big Lie. Trump contradicted the US intelligence community, which maintained that Russian hackers also broke into the servers of the Republican National Committee but declined to leak those documents– in contrast to the way they treated the Hillary Clinton campaign. Trump said, “had they broken into the Republican National Committee, I think they would’ve released it just like they did about Hillary . . .” But they did and they didn’t. Trump continues to manufacture his own reality, in his own interests. (If the Russians treated their hacked information differently, some would argue, that his how they threw the election to Trump. He wants to deny that he had any help and so denies the facts of the case.)

4. Weasel words. Aware of arguments being made that he is beholden to Russian financial concerns, Trump said “As a real estate developer, I have very, very little debt. I have assets that are — and now people have found out how big the company is, I have very little debt — I have very low debt. But I have no loans with Russia at all.” This assertion is disingenuous because he might have partnerships or Russian investors without categorizing that money as “loans.” In fact, Trump owes at least $300 million to creditors, and if you total up the debts held by all the companies in which he has at least a 1/3 stake, the debts may come to $1.5 billion! One of the New York City buildings he has a part ownership of carries a $950 million debt, some of which is held by the Bank of China. Trump may presently have no Russian creditors or projects (and his finances are so Byzantine that it is impossible to know), but that does not rule out his having Russian partners or investors in US or European projects. As for investments inside Russia, he certainly has tried. Contrary to what he said, he has tried on several occasions to build Trump Towers in Russia. The deals collapsed, but not for lack of trying. in 2008 he made $54 million on a sale of a Florida mansion for $95 million to a Russian billionaire. That’s a suspiciously large profit in Florida in 2008, and there have been questions about Russian or former Soviet Union businessmen laundering money through joint ventures with Trump. Trump also had a $30 million deal to put on a Miss Universe pageant in Moscow in 2013 and wanted to invited and befriend Vladimir Putin.

5. Substituting spectacle for substance. Trump had one of his attorneys put on a dog and pony show about how he will handle his finances during his presidency, implying that he thereby put to rest the worries about his business conflicts of interest. No one who knows about the pertinent laws appears in the least convinced that Trump’s proposals resolved these issues. The attempt to use smoke and mirrors to finesse this matter is typical of authoritarian regimes, who deny their own corruption via public spectacle and the strong-arming of critics. The big piles of Manila folders were apparently empty and just for show.

Empty and just for show will be some of the words inscribed on the tombstone of Trump’s presidency.