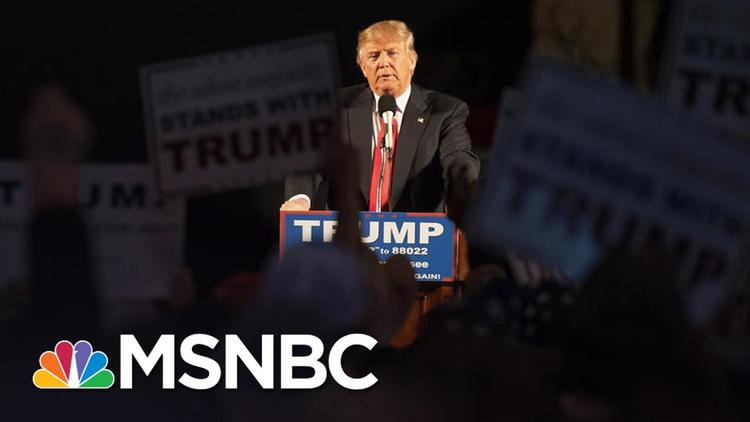 Trump’s cabinet has no Latinos, the first time that minority, which comprises 18 percent of Americans, is absent for twenty-five years. Trump famously accused Mexican-Americans of being the worst people, including in their ranks rapists and drug dealers and having been deliberately sent across the border by the Mexican government in what he apparently, bizarrely, views as a mammoth conspiracy.

Trump and his Neofascist counselors are wounded white men, who see Latinos and their immigration to the United States as a challenge to white dominance that must be stopped and reversed. Never mind that whiteness is a construct, and that Benjamin Franklin even excluded Germans like Trump from the category. And never mind that Latino immigration saved the US from aging and losing population (these are real problems besetting e.g. Japan), and kept it an economic powerhouse through their labor.

In this way of looking at things, Trump sees Muslim-Americans as Latinos on steroids and so even more threatening to his project of racial hierarchy.

Then yesterday Tom Barrack, in charge of the presidential inaugural committee explained why Kanye West was not asked to perform: “We haven’t asked him . . . He’s been great. He considers himself a friend of the president-elect, but it’s not the venue. The venue we have for entertainment is filled out. It’s perfect. It’s going to be typically and traditionally American.” Kanye seems to have been particularly objectionable because of his hip hop culture. Barrack’s and Trump’s idea of ‘traditionally American’ is obviously an ideal of whiteness, which, of course, is a fantasy. Some 5 percent of self-described white southerners have a recent African genetic heritage. Trump and his circle associate Blackness with crime and inner cities burning, accounting for Trump’s bizarre tweets at Civil Rights legend John Lewis.

Trump is bringing Steve Bannon, the CEO of the neo-Nazi trash “Breitbart,” into the White House. There is a reason for which white supremacists rejoiced at that appointment.

He is also trying to make Jeff Sessions attorney general, who is alleged to have branded the NAACP, an advocacy group for African-Americans, “un-American.”

Aren’t we beginning to see a pattern here? The Trump cabinet and hangers-on think people of northern European descent are the real Americans (though mind you, in the early twentieth century European groups like the Irish, Poles, and even Greeks were not seen as “white.”) In his high appointments, Trump has not completely excluded minorities. though these appointees are either clearly unqualified for the job (thus making the case for white supremacy in an ironic way) or tied so closely in with the white Washington Establishment as to be unthreatening.

Trump also famously has contempt for women across the board, white or not. His white nationalism and that of his Rasputin, Bannon, is in part about male supremacy. White males are the alpha cohort, who can at will grope strange women.

But as strong as the blatant racism and sexism of the Trump circle is, we should not forget social class. Class helps form or tell against “whiteness.” The Irish and Poles were not considered white when they first in part because came they did menial labor or were solidly working class. Whiteness was about middle and upper middle class privilege.

Trump’s cabinet is a cabinet of multi-millionaires and billionaires who think the poor and the working class are not rich because they are lazy, rather than seeing their economic struggles as deriving from not being employed enough or not being paid enough. Andrew Puzder, Trump’s pick for secretary of labor, doesn’t believe workers should get breaks and opposed all minimum wage hikes.

Trump and many of his close advisers and appointees stand for white privilege, for the rights of corporations manned by filthy rich self-described “whites” to rule us without let or hindrance, without regulation or consequence. On the surface, white nationalism attempts to make it look as though only minorities are munchers are targeted as freeloaders. But ultimately what they mean by “white” is people like themselves, multi-millionaires and billionaires. All the rest of us are in some sense “untraditional” or “unusual.” The surprise awaiting the working class Reagan Democrats is that Trump doesn’t think they are really white, either.