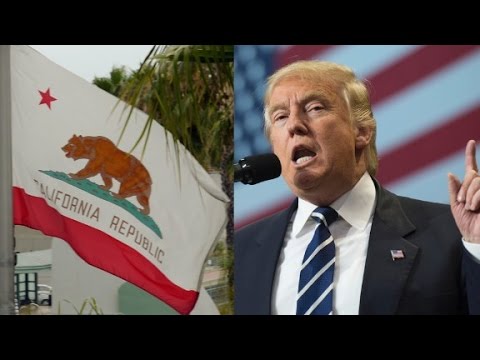 President-elect Donald Trump built his campaign on a pledge to build a wall and deport two to three million undocumented immigrants, but the likelihood that his promises will be kept are looking increasingly slim, as reality takes hold and lawmakers and community leaders begin to build their resistance.

The failure to execute Trump’s oft-repeated deportation plans could “be one of the first reality checks on his administration,” Politico reported Friday.

Speaking with experts and former immigration officials, reporter Ted Hesson outlined what it would take to implement the plan:

Trump would need tens of billions of dollars in new spending approved by Congress. He’d also need years to hire and train new legions of enforcement agents, and to deploy hundreds of judges to relieve the nation’s severely backlogged immigration courts. . .

According to Immigration and Customs Enforcement (ICE), the average cost for each deportation is $12,213, excluding personnel salaries. So, to deport two million people, would add up to more than $24.4 billion over four years.

On top of that, a study published earlier this month by the San Francisco-based Immigrant Legal Resource Center found that Trump’s pledge to end the Deferred Action for Childhood Arrivals (DACA) program would cost businesses an estimated $3.4 billion and reduce Social Security and Medicare funds by $24.6 billion over 10 years.

Cost aside, Hesson notes that “there don’t appear to be anywhere near three million immigrants, legal or undocumented, who are deportable based on past criminal convictions.” This would mean that the administration would have to “target many immigrants living in the U.S. legally”—who can legally be deported in the case of felonies and certain misdemeanors—as well as “undocumented immigrants who are low-level offenders,” amounting to a policy that is “aggressive” and inhumane.

In addition to the myriad logistical roadblocks, the Trump’s deportation plans are facing political obstacles as well.

Republican Senators Jeff Flake (Ariz.), Lindsey Graham (S.C.), and Lisa Murkowski (Alaska) are banding together with their Democratic colleagues to resist Trump’s plans to cancel DACA and will introduce a bipartisan measure to that effect after Congress convenes on Jan. 3.

Further, Bloomberg reported Friday, “the desire to build a wall along the entire 1,933-mile border with Mexico has evaporated” among GOP members of both chambers, who instead “support more fencing, border patrol agents, drones, and other resources to curb illegal entry.”

Outside the halls of the Capitol, resistance to Trump’s anti-immigrant proposals has taken an even bolder form.

A national coalition of progressive mayors, spearheaded by New York City mayor Bill de Blasio, has been “reinvigorated” since the election, the New York Times reported Thursday, as they have begun to rally their collective power to push local officials as well as outgoing President Barack Obama to pass measures in anticipation of the next administration.

“Any one city could say that we’re not going to turn our police forces into immigration enforcers,” de Blasio told the Times. “But wouldn’t it be stronger if 200 cities said it and did it simultaneously?”

In a template for coordinated action, immigration officials from nine of the country’s largest cities, including Atlanta, Los Angeles and Chicago, and led by New York, held a conference call this month with the White House to press the Obama administration for swift changes on immigration before Inauguration Day . . .

At the same time, the sanctuary city movement has also grown to a total of 47 cities, according to a recent tally, 37 of which reaffirmed their commitment after the election of Trump.

“We saw a presidential campaign based on fear and a desire to ostracize anyone who could be categorized as different,” Joseph A. Curtatone, mayor of Somerville, Mass., a sanctuary city since 1987, wrote in an open letter last month. “That may have swung an election, but it provides us with no roadmap forward. Tearing communities apart only serves to tear them down.”

But polling has shown that even Trump’s ardent supporters don’t necessarily support his deportation plans.