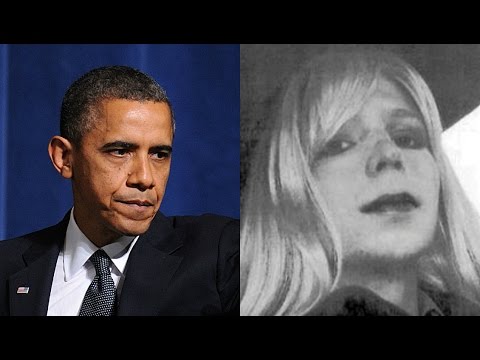 In a daring and bold move that showed his profound humanitarian side, President Obama has commuted the 35-year sentence of Chelsea Manning, a transgender woman and former military intelligence analyst who in 2010 leaked hundreds of thousands of State Department cables and also some Iraq and Afghanistan military logs to the Wikileaks organization, which shared them with the press.

Manning’s leaks are credited in some quarters with helping to galvanize Tunisian youth and activists against the brutal dictatorship of Zine el Abidine ben Ali. The argument is that people assumed that Ben Ali was authoritarian but relatively upright and that the corruption was committed by the people around him, whereas State Department cables demonstrated that he personally asked for kickbacks. It is certainly the case that opposition webzines like Nawaat.org in Tunisia translated the cables immediately into Arabic. Manning has been criticized for her scattershot publication of so many documents rather than for whistleblowing, i.e. concentrating on a particular injustice. In the case of Tunisia, some of the released cables did function as whistleblowing. France and the US in public tended to reassure the world that Ben Ali’s regime was a bulwark against radical Muslim fundamentalism and was improving the lives of its citizens. It was perhaps only just that the sordid reality be exposed to everyone, including the Tunisian people, who now have the only democracy in the Middle East. (Lebanon is too dysfunctional and dominated by a party-militia to fit that bill; Turkey is veering sharply toward authoritarianism, and Apartheid Israel with 4 million people under military colonialism doesn’t count by a long shot).

According to a UN inquiry, Manning was tortured when held for 11 months in the brig at Quantico. She was kept in solitary confinement and put under a “suicide watch” by her jailers despite the opposition of her own physician. The watch involved being made to sleep nude and enchained and being woken up many times each night to be checked, for months on end. The suicide watch was a mere pretext to subject her to the sleep deprivation techniques that are an important arrow in the quiver of contemporary torturers. She still bears the cognitive and emotional scars of this treatment, according to Glenn Greenwald, who has interviewed her.

Obama’s commutation of her sentence is all the more surprising because his administration was the hardest in recent memory on whistle blowers and on the journalists to whom they leaked. The idea that whistle blowers should have gone through channels is challenged by the substantial evidence that employees who came forward with concerns faced retaliation. One of the tools Attorney General Eric Holder used against these brave individuals, who were trying to correct some pernicious practice, was the Espionage Act of 1917. This unconstitutional monstrosity was passed at the height of the Red Scare and the immigration hysteria during World War I.

Still there were dissenters. The American Socialist Party condemned the war effort. Irish-Americans often displayed contempt for the British ally. Millions of immigrants from Germany and Austria-Hungary were forced to support initiatives that could destroy their homelands. But this dissent was rather small. Nevertheless, the government stifled wartime opposition by law with the passing of the Espionage and Sedition Acts of 1917. Anyone found guilty of criticizing the government war policy or hindering wartime directives could be sent to jail. Many cried that this was a flagrant violation of precious civil liberties, including the right to free speech. The Supreme Court handed down a landmark decision on this issue in the Schenck v. United States verdict. The majority court opinion ruled that should an individual’s free speech present a “clear and present danger” to others, the government could impose restrictions or penalties. Schenck was arrested for sabotaging the draft. The Court ruled that his behavior endangered thousands of American lives and upheld his jail sentence. Socialist Party leader Eugene V. Debs was imprisoned and ran for President from his jail cell in 1920. He polled nearly a million votes.”

Obama and Holder have bequeathed yet another tool of authoritarianism (along with a revived domestic surveillance program) to the incoming Trumpian troglodytes. Instead of resorting to the Espionage and Sedition Act, they should have worked alongside Libertarian Republicans to get rid of it. Pardoning one person, however praiseworthy, doesn’t make up for developing anti-democratic techniques that have now been passed on to the most anti-democratic government in recent decades.