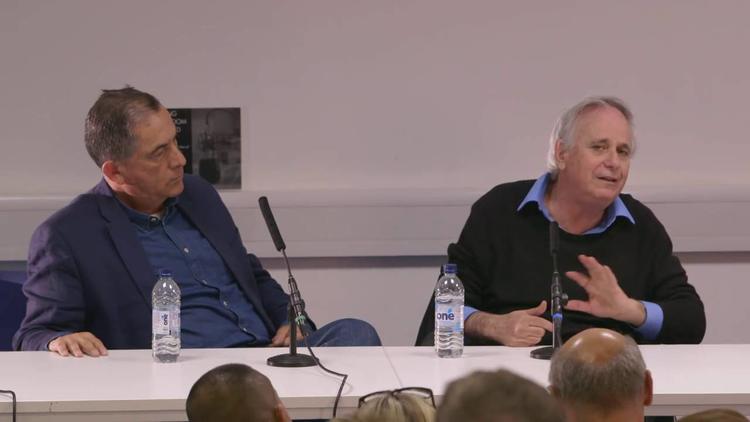 BETHLEHEM (Ma’an) — A Knesset committee approved on Wednesday a first reading of a bill that would ban supporters of the Boycott, Divestment, and Sanctions (BDS) movement from entering Israel, Israeli media reported.

According to The Jerusalem Post, the Internal Affairs and Environment Committee of Israel’s parliament approved the first reading of the bill, which is supported by MK Bezalel Smotrich from the far-right Jewish Home party.

A bill needs to go through three readings in the Knesset before becoming a law.

“Why should I let someone who slanders the state and harms it into my home?” The Jerusalem Post quoted committee chairman David Amsalem as saying.

The Arab Joint List — the political bloc which represents parties in the Knesset led by Palestinian citizens of Israel — did not immediately respond to a request for comment, although a spokesperson told Ma’an that the coalition was “completely” opposed to the bill.

The BDS movement was founded in July 2005 by a swath of Palestinian civil society as a peaceful movement to restore Palestinian rights in accordance with international law through strategies of boycotting Israeli products and cultural institutions, divesting from companies complicit in violations against Palestinians, and implementing state sanctions against the Israeli government.

The introduction of the bill to the Knesset in November came after months of Israeli efforts to crack down on the BDS Movement.

Israeli Minister of the Interior Aryeh Deri and Minister of Public Security Gilad Erdan announced in August that they were forming a joint task force to “expel and ban the entry of BDS activists” into Israel and the occupied Palestinian territory.

“We must not allow BDS activists to enter the state of Israel. This is a necessary step, given the malicious intentions of these activists to delegitimize and spread lies and distortions about the reality in our region,” Erdan was quoted as saying in a statement released at the time, adding that the boycott movement against Israel “must have a price.”

Erdan and Deri also alleged that BDS activists traveled to the occupied West Bank and East Jerusalem to “incite” Palestinians.

The planned crackdown on BDS supporters has led to outcry from groups like the International Solidarity Movement (ISM).

The boycott, divestment, and sanctions (BDS) movement against Israel has gained momentum over past years, with activists targeting companies that act in compliance with Israel’s illegal occupation of East Jerusalem and the West Bank.

The Israeli government, meanwhile, has grown increasingly concerned about the growth of the BDS movement, as the movement’s support base has expanded to include companies, universities, and religious institutions around the world divesting from organizations complicit in Israel’s violation of Palestinian rights.

In January 2016, the Israeli Knesset held a conference to discuss ways to combat BDS, and dedicated 100 million shekels ($26 million) of the government’s 2016 budget to the issue.

In May, Israel issued a travel ban on BDS cofounder Omar Barghouti, a permanent resident in Israel, as Mahmoud Nawajaa, the general coordinator of the Palestinian BDS National Committee, stated at the time that the decision reflected “the lengths [Israel] will go to in order to stop the spread of the non-violent BDS movement for Palestinian freedom, justice and equality.”